The Origins of Japanese Curry

From elementary school children enjoying their kyushoku (school lunch) to oba-chan (elderly women) tending to their gardens, salarymen rushing between meetings and university students cramming for their finals, Japanese curry is a ubiquitous feature of life for all Japanese people. With its many varieties across the country – like soup curry in Sapporo and baked curry in Kyushu – it could even be considered a national dish. 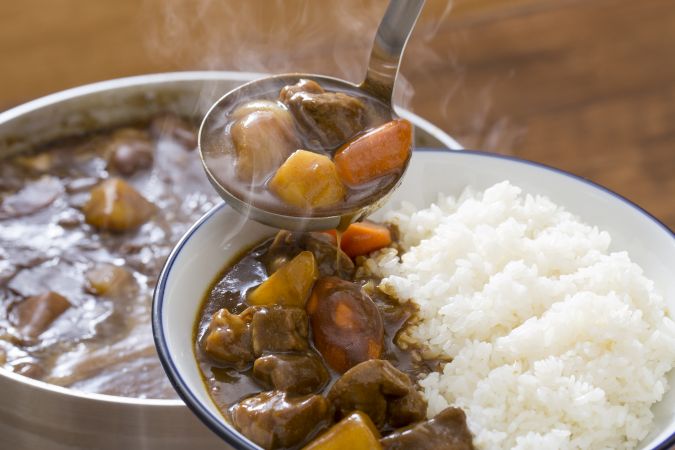 Yet the origins of the dish, as the name suggests, are not actually from Japan. The dish was in fact first brought to the country by the British from India during the Meiji Restoration. The British navy had themselves recently adopted curry as a hearty meal for its sailors during the long voyages at sea. The navy also added vegetables and meat, and made its curry thicker than the kinds they found in India.

Legend has it that a party of British sailors who were shipwrecked off the Japanese coast were rescued and came ashore with their rations, which included curry powder. The Japanese navy at that time was in search of a way to feed its sailors and needed a cheap, filling option that could be cooked and served with ease. And so the first Japanese curry recipe was born.

Whether the legend of the shipwrecked British sailors is true or not, what is clear is that through contact with the British navy, the Japanese Imperial Navy adopted curry as its own and it remains a key fixture on the weekly menu for all its serving members. 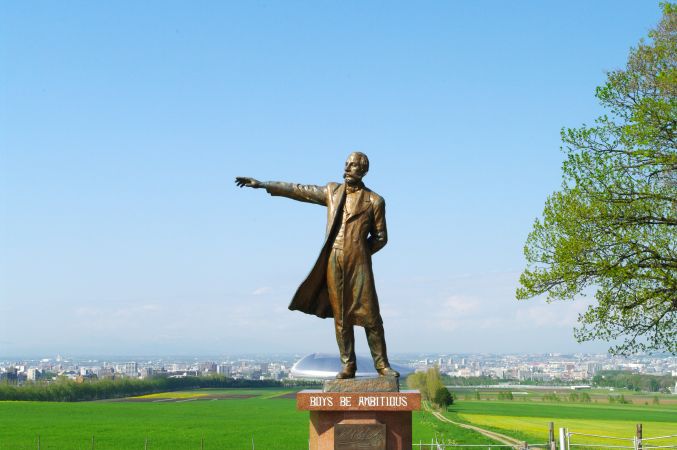 The dish has also entwined itself with key figures from Japanese history. In 1876, William S. Clark, the U.S. agriculturalist who established Hokkaido University, was credited with modernizing many key aspects of Japan’s approaches to agriculture and science, (and whose statues can still be found dotted around Sapporo above his famous slogan “Boys, be ambitious!”). Clark suggested that potatoes be added to Japanese curry to supplement the meal during a rice shortage, and so the additional key ingredient that’s found served at dinner tables across Japan today was added. 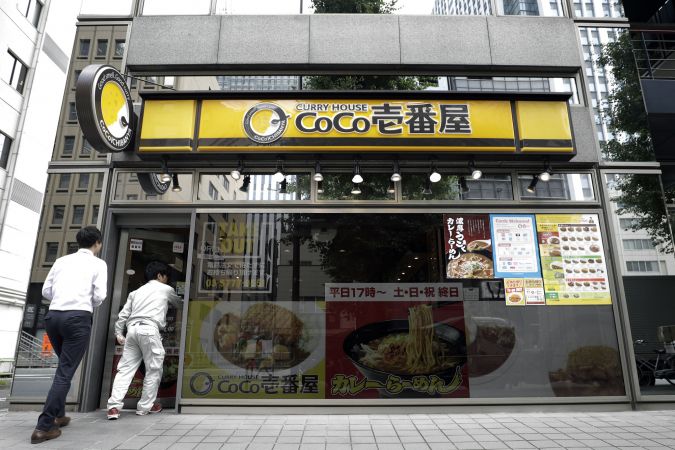 However, it was not until the early twentieth century that curry made its way firmly into ordinary Japanese households. At that time, the establishment of restaurant chains serving Japanese curry, such as the now ubiquitous Coco Ichibanya, cemented the dish’s popularity. So popular that, according to a recent survey, many Japanese people said that they ate curry more often than Japanese classics like tempura or sushi.

What makes the dish uniquely Japanese is the way that it has been modified to include various local ingredients and seasonal produce. This has led to various regional varieties such as scallop curry in Aomori prefecture, black pork curry from Kagoshima and even a nashi (Chinese pear) version from Shimane. 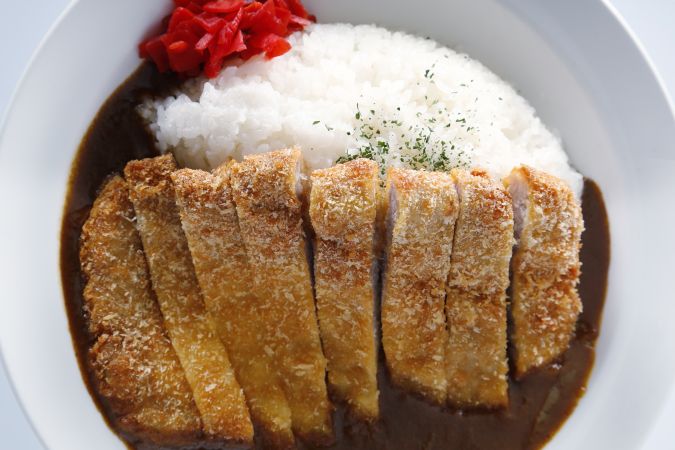 The most popular version of Japanese curry is katsu (cutlet) curry, accompanied by rice and bright-red pickled ginger.

However, the most popular version of the Japanese curry – both at home and internationally – remains the katsu (cutlet) curry. This dish is a true masterstroke and reflects the quintessentially Japanese cooking philosophy of a meal that’s beautifully balanced. Its combination of deep-fried breaded pork loin, rice and thick curry sauce is balanced by the sharp flavor of the bright-red pickled ginger that accompanies the dish.

Its popularity internationally has also steadily grown, with Coco Ichibanya opening branches in several Asian and European cities as well as in the U.S. The importation of Japanese curry cubes has also drastically increased, with many speciality Japanese and Asian supermarkets around the world now stocking the cubes for people to experiment and make their own curry at home.

Now seen as a national staple, the Japanese curry has had a long and winding journey to get to its firm place in the country’s collective heart. Despite its international and mysterious origins, one thing remains clear: The curry rice of today is a truly Japanese culinary delight. 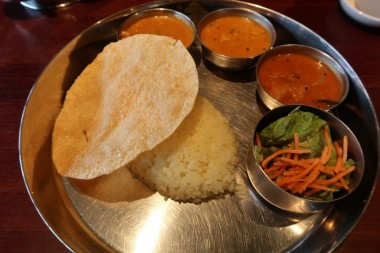 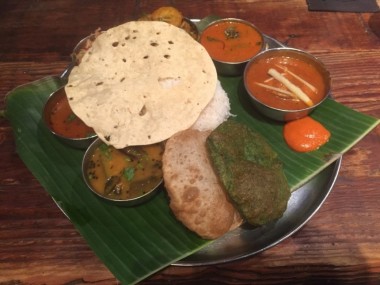 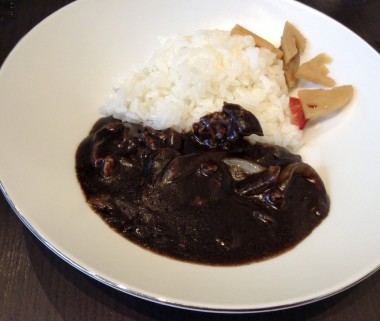 Hidden gems from Shimokitazawa to Kanda

Flavors of India in Ogikubo

Hidden gems from Shimokitazawa to Kanda