What Metropolis’ staff is watching this month

Suffice it to say, don’t watch “The Naked Director” with your parents. The provocative brainchild of American TV veterans and Japanese creatives, the new semi-biographical Netflix series is equal parts fearless dramedy and gratuitous nudity— but who’s complaining? The show follows legendary Toru Muranishi (Takayuki Yamada), a failed-salesman-turned-porn-kingpin who revolutionized Japan’s adult industry in the 1980s. The eccentric director’s journey is indeed a wild ride, but the more endearing biography is that of young Kaoru Kuroki (Misato Morita) and her climactic rise from sexually repressed art student to AV stardom, signature unshaven armpits and all. Sprinkled with social commentary and colored by the anything-goes ethos of Japan’s exuberant bubble era, every morally blurry episode promises the full monty: comedy, crime and some of the strangest fetishes to hit the screen. 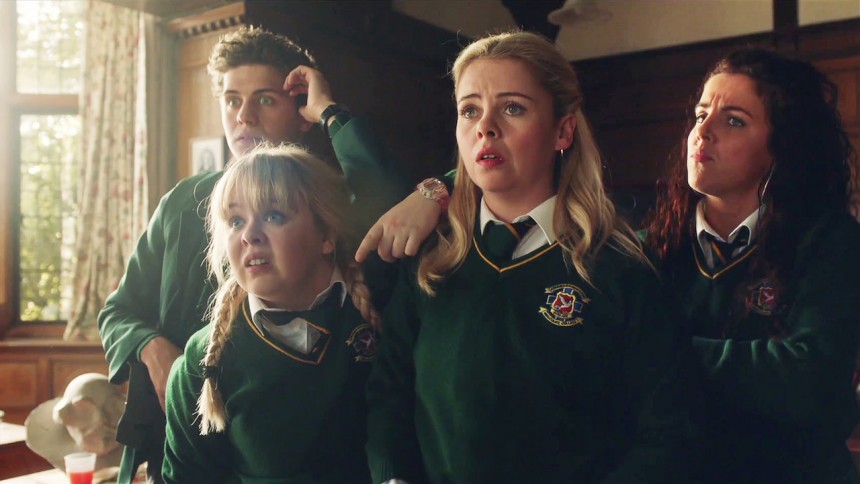 From the mind that spawned the fantastic 2013 sitcom “London Irish,” Lisa McGee’s “Derry Girls” follows the lives of a group of five friends through the tumultuous “Troubles” of Northern Ireland in the early 90s. The show charts the unpredictable adventures of Derry teens Erin, Michelle, Orla, Claire and James as they navigate the world of irritating family members and hard-up Catholic nuns they find themselves in. With heart, humor and more than a little English bashing, the sophomore season of the critically acclaimed show continues to peel back the layers of this time of political upheaval to reveal the dysfunctional and touching lives that all teenagers share. Putting people first and politics second, “Derry Girls” is the perfect antidote in our world of continuing strife. Expect to cry at the end, I know I did.

Brooke Jackson: Dead to Me

Contrary to what the Netflix original’s title may have you believe, “Dead to Me” is very much alive. With the light, carefree atmosphere the series boasts early on, it’s easy to forget that the Harding family is still reeling from a tragic event: losing a loved one to a fatal hit-and-run. The series conveys the characters’ coping methods and interactions in a dramatized yet realistically dysfunctional light. Jen Harding (Christina Applegate) goes to a grief circle and meets Judy Hale (Linda Cardellini), an eccentric woman with her own delicate issues. It isn’t long after that the two become inseparable. As the story unravels, it becomes clear that both women are harboring deep secrets that they intend to keep from each other as well as those around them. With a slow-burning mystery that doesn’t require a whole lot of thinking to piece, “Dead to Me” is the sort of lighthearted, unconventional drama that fans of the genre can revel in unapologetically.