“You need to really have your heart in it.”

With 32 years in the business, this is the advice John Watkins would give to anyone wishing to open their own pub. The Bristol, UK native opened the Tavern, Yokohama’s oldest English pub, in 1985, and it continues to be a mainstay of Yokohama nightlife to this day, weathering the storms of Japan’s economic downturn and the proliferation of competing pubs. “The competition hasn’t really hurt us,” John says. “People come here to eat and drink, but they also come here to feel comfortable: the lighting, the music, the quality of service. It all has to be just right.”

Local regulars and repeat visitors from around the world make up most of the Tavern’s customer base, but new customers are common as well. “Overall, it’s about 60% Japanese, 40% foreigners,” estimates John.

The pub carries 5 regular draft beers (including Guinness, Kilkenny and London Pride), 4 craft beers, and two guest beers. There are also over fifty cocktails on offer as well as a wide variety of whiskies. “The cocktail range here is a lot wider than you might get in a pub in England,” says John. “Cocktails tend to be more popular with the ladies, so that’s one way we keep female patrons happy.” 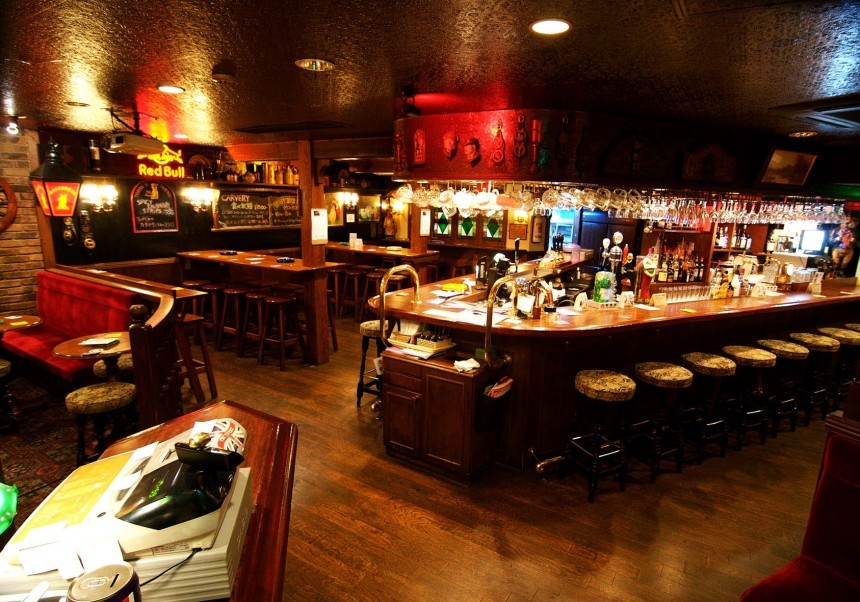 John also looks out for the safety of his female customers: “If a man and woman are having a fun and friendly interaction, great. None of my business. But if it’s obvious the guy’s annoying her, I nip that in the bud. We have a lot of single women customers. I think because women feel safe here.”

John runs the Tavern with the help of his wife Nozomi. “She keeps me up to date on trends I might not notice and that we can adjust our menu to, for example the Korean liquor makkori that was popular a few years back, and the current vogue in whiskey highballs. Also, I’m very much one for the banter that’s common in lots of English pubs, so if I accidentally take it too far and someone feels insulted, she smooths things over for me.”

Popular items on the Tavern’s varied food menu include beef rump steak, shepherd’s pie, a very spicy chicken vindaloo, and of course fish and chips. Specials include the ¥1000 sirloin steak dinner on Wednesdays and the Sunday lunch featuring roast beef or roast lamb for ¥1300.

When asked if any particular pubs in England inspired the Tavern’s décor, John replies “No, it all just came out of my head. It’s my idea of what a pub should look like. I wanted to make it look like a pub from the Victorian era, with as little modern-day stuff as possible. I imported a lot of it from England.” 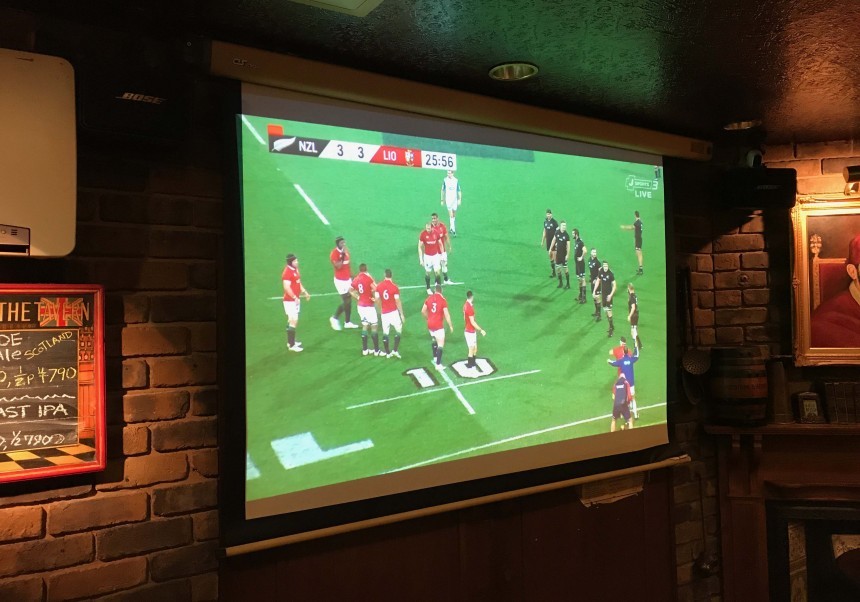 One interesting Tavern anecdote involves a concert tour in Japan by Eric Clapton in the 1980s. “We got a call from a woman who said she was Eric Clapton’s assistant, and she had been referred to us by the British embassy. Apparently he was really hoping to get some Branston Pickle, which at the time was extremely hard to get in Japan. We had one jar I had already opened, but I gladly gave it to her, especially as I was a Clapton fan from way back. I then received two VIP passes to his Budokan concerts two years in a row.”

So what’s the best thing about running a pub?

“Free beer! Just kidding. Actually, it’s tiring, but people having a good time and actually thanking me for making this pub is a wonderful thing. And of course I love having a laugh with the customers.”