The Renaissance Men rock up in Tokyo

Formed in 1989, The Wildhearts are an English rock group who have built a huge global fan base since their humble beginnings in Newcastle upon Tyne. In May 2019, the Geordie legends released Renaissance Men, their first new album in ten years. As fans soak up the album’s powerful, blasting tunes, Metropolis caught up with the band ahead of their next Japan tour.

Metropolis: It’s not your first time playing in Japan and Ginger came to Japan for a charity performance right after the 2011 Tohoku earthquake tsunami. What does Japan mean to you?

The Wildhearts: Japan feels like home. I may still move there one day, I love the culture so much. I am so inspired by the Japanese people and their humble nature. I come from a country where negativity is encouraged so people complain a lot. It is tiring and dull to hear so many people moaning about their lives. In Japan, I get a sense of gratitude from everyone with a job, from shop assistants to airport staff. It isn’t until you leave Japan that people get ugly again.

M: Music is a universal language, and fans of rock are worldwide. So it’s no wonder that your music is popular in Japan despite your UK origins. Do you think that your lyrics in particular can also cross these international borders and fans can relate?

WH: I think the lyrics sometimes translate but what makes music international is the intention behind it. People drawn to certain music can feel the purpose behind the music. In my case that purpose is honesty, power and melody. Music is an international language. It translates all boundaries and speaks directly to the listener. Some people are attracted to rhythms and tempos of music while others are drawn to something deeper, primal and timeless. Music speaks, music heals and music comforts. And in 2019, communication, healing and love are fundamentally important.

M: There are some genres of music that never die. Why do you think that old school rock in particular is still so popular and timeless?

WH: Rock music represents quality. All things will change but entertainment will always find a natural level, and rock music’s natural level is quality. Good rock music prides itself on great songs, great performances and great musicianship. You can rely on good rock music to still sound amazing in 10, 20, 30 years time. Music created to cash in on a trend will sound dated in a couple of years. Rock music is its own category. It is justified. And like cars, movies and sex, it isn’t going away. Nothing can replace it. 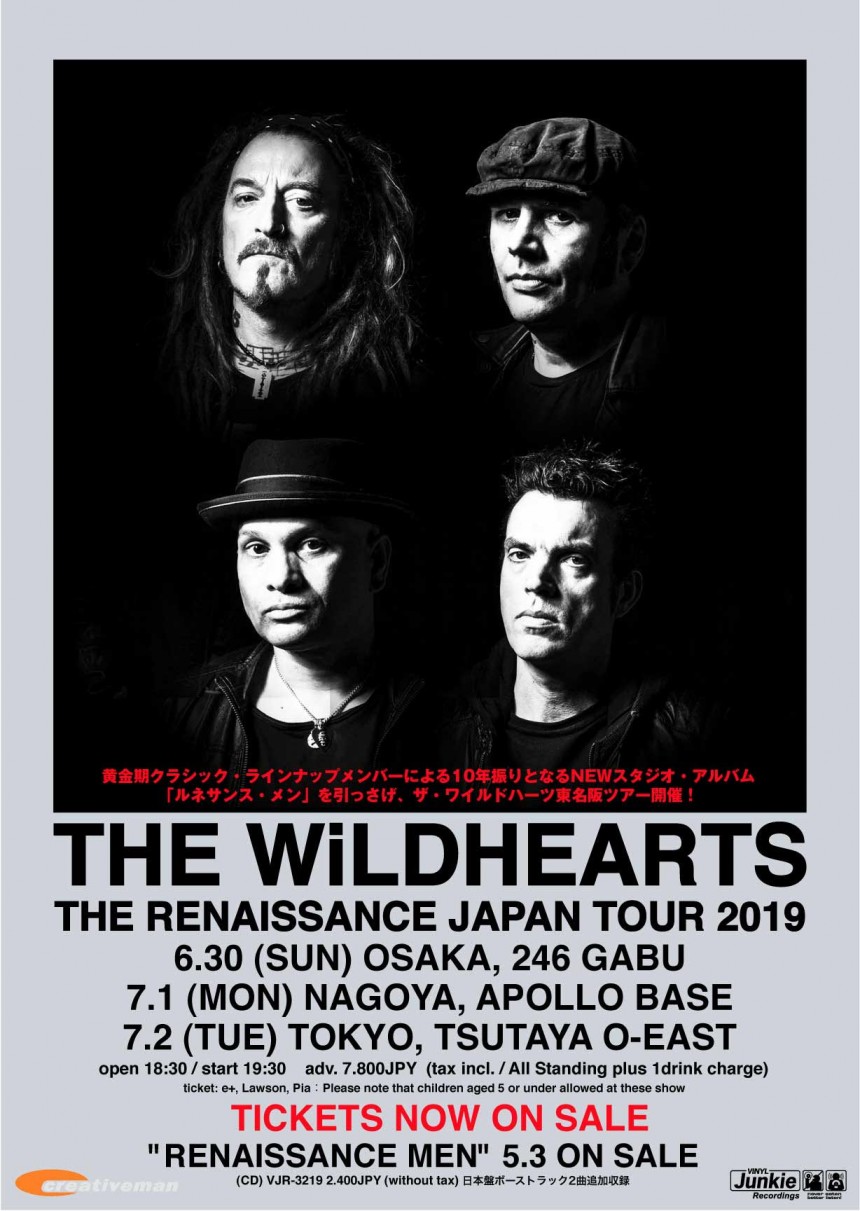 M: Your latest album, Renaissance Men, covers some pretty important social issues of the modern age, such as mental health in “Dislocation,” and the album has a lot that it’s getting off its chest. Do you believe that your music can inspire social change or be some form of release?

WH: I don’t believe that any music can inspire social change unless the person wants to change already. Music can definitely offer a form of release, and I hope that Renaissance Men gives someone that feeling. I know lots of music gives me that feeling. I need music. It is my medicine, my therapy and my place of safety and comfort.

But no, I don’t believe that music can inform any kind of change in human behaviour. We are a selfish species that have consistently evolved into a more greedy, intolerant and self-centered version of ourselves. We watch as people die around us while we vote for politicians who believe in the commerce of war. As a species, we don’t look for the greatness in others, or even in ourselves. Our standards are in danger of disappearing altogether.

M: How has your style developed over the years? Do you feel any different about your music now since your beginnings back in 1989?

WH: The only thing that changed is that we can play better now! We still have the same passion for what we play. For all four of us, The Wildhearts play our favorite type of music. I can’t speak for the other guys, but I still feel just as powered by our music now as I did when we first started. In fact I’m more grateful now than I have ever been.

M: You guys have established yourselves firmly in the rock scene, but are there any new and upcoming bands that are on your radar?

WH: We just toured with Towers Of London and Massive Wagons, who are both bands you should check out. I take a lot of interest in new music, and could name you hundreds of bands you should listen to, but for now I’ll keep it fairly brief.