…And You Will Know Us by the Trail of Dead Interview

American alternative rockers …And You Will Know Us by the Trail of Dead play Shibuya’s Club Quattro on March 4 and at FEVER in Setagaya-ku on March 5 . Metropolis got the scoop on their back catalogue, the 20th anniversary of their seminal album Madonna and all things Japan.

Metropolis: First of all, it’s been a very long time since you last played in Japan, and not only that, this is actually the first time you’ve done a headline tour here. How do you feel about the whole thing?

Trail of Dead: Feels great to come back, we’re just hoping it won’t be so long next time. There are many other parts of Japan we’ve not seen and hope to have an opportunity to play some day.

M: I’d like to talk about Madonna, seeing as this year sees the album’s 20th anniversary and you’ll be performing it in full when you’re in Japan. How do you feel, looking back at the album from a vantage point 20 years after its release? Did you think you’d be playing 20th anniversary shows for it when you put it out?

ToD: Twenty years goes by very quickly, it only seems like a few years ago.  We’re happy the album continues to resonate with our fans. Playing the album brings us back to a happy time in our lives, so I enjoy playing it again.

M: Can you tell me a bit about the backstory behind Madonna? Did you have a vision or a concept that you were kind of adhering to when you were writing for the record?

ToD: At the time we were trying to do something new and different from the usual punk and rock albums that were being made at the time. We had a lot of avant-garde influences like Kate Bush and Mike Oldfield, and wanted to incorporate them into a new sounding rock music.

ToD: By the time we wrote Source Tags we’d been touring a lot more and our perspective on things had grown remarkably. We had matured by then, and learned more about our craft, about recording and about arrangement. So the album reflects that, I think.

M: How does it feel to play albums from start to finish in a live setting? Does it differ greatly to when you play a setlist of songs culled from your whole catalogue?

ToD: It’s strange, because we would never have played those songs like that when we wrote them, the album song order was always something decided after the songs were recorded and mixed, and it related to how it worked best on the album, not live. So to play them in the album order live is interesting.

M: Less specific to Madonna and Source Tags & Codes, but what kind of things generally inspire you to write songs? And what is it, do you think, that inspires in you the desire to create?

ToD: The desire to create is almost a compulsion, like breathing, something you simply have to do otherwise you’d suffocate. It’s part of being and existing. Inspiration can come from anything — movies, newspaper articles, people in our lives, the general vibration of the planet and history constantly being made by the unfolding events around us. 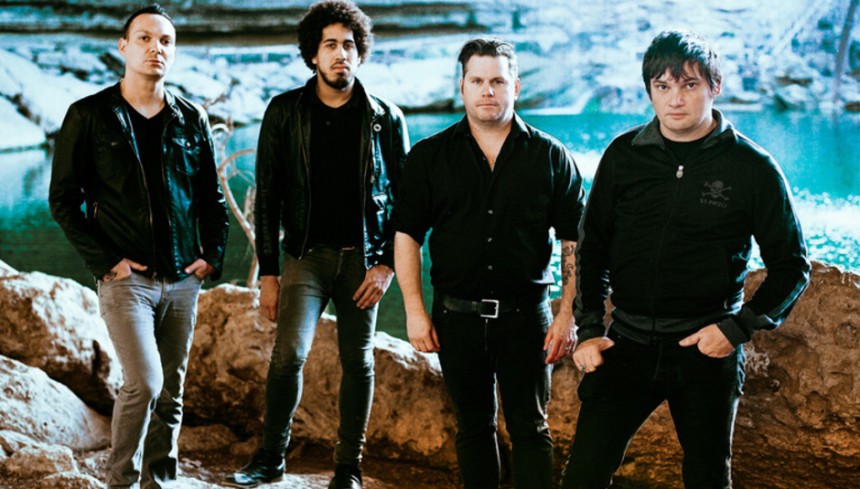 M: Madonna was released on Merge Records and following its success you moved on to sign with Interscope, so do you see Madonna as a kind of key album for the band?

ToD: It was definitely the one that brought us a new audience overseas and helped us to reach a wider audience. That was not anything we planned, it simply happened.

M: Is there anything you wish you’d done differently on the album? I know a lot of artists don’t ever see songs/records as truly ‘finished’ and the version they put out is a version of the song or collection of songs at that particular point in time. Does hindsight grant you a different perspective?

ToD: After so many years, I don’t really obsess over what we might have done differently. My only interest is in what we can do with our music now, and what we might do on upcoming albums.

M: I recently re-read the Pitchfork review of Madonna from the time, and in that review it said Trail of Dead was often lumped in with ‘emo’ bands (one mentioned was Pedro The Lion) whilst the reviewer himself would prefer to classify you alongside other artists like The Dismemberment Plan and Les Savy Fav. Not wanting to get into a discussion on genre, I just think it’s interesting how the way people categorize a band’s sound is really informed (and limited) by what musical touchstones they have themselves. From your own point of view what bands do you see as peers (both musically and in terms of attitude/outlook)?

ToD: At the time we were influenced bands who we knew like Unwound and Karp, but also bands like Sonic Youth. And we took a lot of influences from older rock like Pink Floyd and The Who. We didn’t spend much time comparing ourselves to anyone else, we were admittedly very self-absorbed. And perhaps we still are.

M: Following on from that, are there any newer artists that you see as ‘carrying the torch’, or if not exactly doing that just newer artists who excite you?

ToD: There are always new artists I find inspiring. A Place to Bury Strangers, Beak, Thee Oh Sees and Casa Sui. And even a Japanese band I started listening to recently, Kikagaku Moyo.

M: A bit of a ‘then and now’ question, but it’s over 25 years since you started as a band, and 20 since the release of Madonna. How do you feel the musical landscape has changed for a band like Trail of Dead in that time? Obviously the way people consume music has altered drastically, but how has time changed things for a band like yourselves?

ToD: In a historical perspective 25 years isn’t really that long, so in many ways time hasn’t changed that much at all. The internet and streaming, perhaps that has changed, but the idea of what we do continues.

M: You’ve added and lost members during your time as a band, and right now you’re performing as a four piece. What challenges does this create? Does it mean you have to reinterpret certain songs that you maybe wrote with a view to playing as, say, a six piece?

ToD: The spirit of the songs remain, and I think new members find it easy to discover and relate to that spirit. So the spirit leads us and we follow.

M: Moving on to the subject of Japan, you’ve played two festivals here, Summer Sonic and the Hostess Club Weekender, was there anything that struck you about playing in Japan that was wildly different to playing at home?

ToD: We’re all fans of Japanese food and culture, so the differences are ones that appeal to us. Especially eating in Japan.

M: I believe that Thurston Moore and Dinosaur Jr also played the same Hostess Club Weekender that you did, is there anything in particular that you remember about that show? It seems like it was this great coming together of amazing alternative rock bands!

ToD: I remember regretting not seeing War on Drugs, who also played, because shortly after that I started listening to their album Slave Ambient and was a big fan of it.

M: Have you had chance to listen to much Japanese music? There are a lot of Japanese alternative rock bands who I feel would sit quite nicely alongside Trail of Dead, things like Number Girl, Eastern Youth, envy and so on. If there are any Japanese artists you’re into, I’m sure your Japanese fans would love to hear about them.

ToD: We are friends with a band in Austin called Peelander Z, who are Japanese musicians, and they also paint. There is a documentary about them called Mad Tiger which is very interesting. Also we saw Acid Mothers Temple at SXSW this year, they were great. I’m not familiar with the ones you mentioned but I will check them out.

M: How important are lyrics to you personally? The reason I ask is that when a listener whose first language isn’t the language you write in listens to your band, it seems like the connection they have with the music has to be on almost a more visceral level. I’m really interested in what it is about certain bands and certain songs that can transcend language and cultural barriers and have an effect on people around the world.

ToD: Lyrics are for me one of the most important elements of a song. If I have to sing that song every night, the lyrics have to resonate with me in a way that doesn’t get old.  Lyrics help me to think my way out of problems and to address things I would like to change about the world and about my life. On the other hand, I love simply the magic of words and there are times lyrics don’t need to mean anything, if the words convey a beautiful image. I follow no formula when it comes to writing lyrics, other than that they must sound good without the music.

M: So you’re a band who has played hundreds of shows all over the world, I’m interested to know what your best and worst shows ever were.

ToD: We still have great shows, and we still have bad shows, so perhaps the best and worst are still to come.

M: Following on from that, in general what is it, do you think, that makes a ‘great’ show? There are so many variables to take into account, but I’m really keen to know what would make you, as a band, kick back and say ‘yeah that was awesome’ after a show.

ToD: For me that is very simple – it’s the audience that makes a show great. 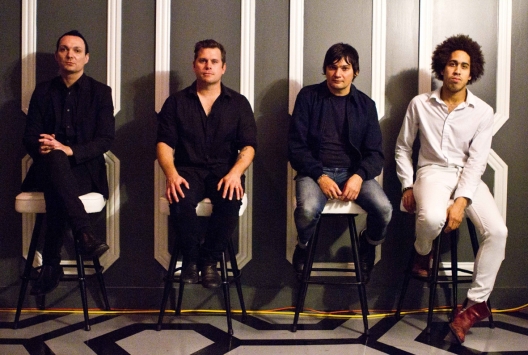 M: I believe that Conrad (Keely) comes up with all the art for your releases — I’d love it if you could talk me through the creative process for making the art that goes alongside an album. Does it all come at once with the music, or is it something that you work on once all the music is done?

ToD: They happen together. I am working on the art for the new album now, and I’m doing it on my iPad while I’m traveling. So it’s a continuous activity that I engage in.

M: Finally, I’m sure there are a lot of people who are really excited that you’re coming back to Japan, do you have a message for them? What can they expect from these very special shows?

ToD: I just hope that they will bring their enthusiasm and energy to the show, that we are intending to bring to Japan.

…And You Will Know Us by the Trail of Dead play Shibuya’s Club Quattro on March 4 and at FEVER in Setagaya-ku March 5.

...And You Will Know Us by the Trail of Deadalternative rockConcertFeaturedMusic
Leave a comment