10 Japanese bands to check out

There are so many bands in Japan that are worth listening to, I could write about them forever. Instead of doing that—and consequently dying in front of my computer—I decided to narrow it down to 10 lesser-known bands that deserve your attention. At the time of writing, most of these bands are still touring and play Tokyo often—so check them out!

This band packs sing-along choruses and deliciously discordant guitars smothered with fat basslines and erratic drums. It’s difficult not to crack a smile listening to the uninhibited delivery of the vocals. Honestly, it’s impossible. Just listen to them and see what I mean.

If Johnny Marr likes them, they must be good, right? For fans of Talking Heads, Built to Spill, and Modest Mouse. In fact, Modest Mouse’s bassist Eric Judy can take credit for helping them come up with their rather fetching band name—which, in case you were wondering, is actually a reference to the movie Revenge of the Nerds.

Sweet-sounding grunge-pop in the same vein as Veruca Salt and The Breeders—Noodles even opened a show for them in 2003. One of Japan’s best all-girl bands, and still going strong.

Eye-catching outfits and bizarre eyewear, this is noisy new-wave punk inspired by bands like Devo, Styx, and P-Model. They worship Devo so much that they’ve even borrowed guitar riffs from them to playfully pay tribute. Stunning dance moves, which are fortunately not just an empty distraction, because the music is just as strong as their entrancing theatrics. Cheeky music that doesn’t take itself too seriously and is all the much better for it. 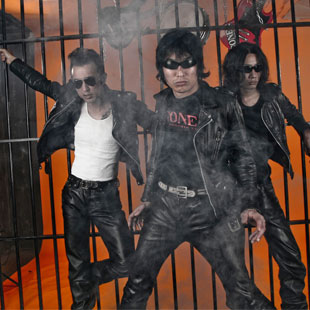 Japan’s greatest “jet rock ‘n’ roll” band since 1987. This is garage rock-punk soaked in feedback and distortion. Noisy, energetic, and catchy. You like your rock music raw and straight to the point? Look no further.

Fans of bands like Can will love this group. They proudly wear their krautrock influences on their sleeves and create simple, dreamy songs that are hypnotic when witnessed live.

A melting pot of styles including avant-garde, classical, and ambient. Their album Ilya is worth a listen for the piano performance alone. For a band who incorporate so many styles, the music all merges together and everything has a purpose, drifting from violent to gentle without any interruption to the flow.

This is no-gimmicks music with classic rock-inspired guitar and funk bass lines punctuated by hard-hitting drums. It’s a shame they are now defunct, but grab their album Rock and give it a listen. Solid songwriting with some infectious grooves.

Noisy jazz-punk with a very peculiar singing style. If you’re already a fan of Melt Banana and Midori, you will love this band. Boundless energy and a surprisingly big sound for a three-piece. 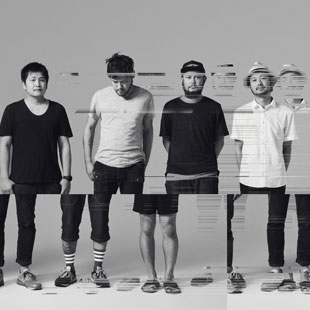 An angular mix of jazz fusion and math rock. They started out as an instrumental band but added vocals on their latest releases. Even though their sound is unconventional and filled with off-kilter rhythms and time signatures, they remain commercially accessible. Toe are very well-known in Japan, and their popularity continues to deservedly grow.

An exercise in rolling your own

Lessons from a rustic udon kitchen