The masters of the 17th-century Dutch Golden Age

Perhaps a modern skyscraper is not the ideal venue for an exhibition of art by 17th-century Dutch masters. But this is Tokyo, and this is the kind of thing we have come to expect—so it’s best to just embrace the disjunction and move on.

Actually, another point could be made that, although the Dutch masters now seem to be coated with a venerable veneer, the truth is this was the modernism and high-tech of its day. 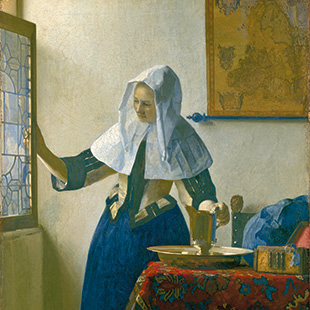 Much of this art still retains that spirit of looking forward and reaching higher—even on a superficial level. This spirit of modernity is apparent: for example, Rembrandt is famous for his brilliant use of lighting, almost as if he were using an actual LED spotlight in the scenes he painted, while Vermeer is believed to have used an actual camera to capture the lifelike interiors that he painted.

But the spirit of modernity is in much else, for example, the twin portraits by Isaack Luttichuys, Portrait of a Man, Probably Pieter de Lange (1655) and Portrait of a Woman, Probably Elisabeth van Dobben (1655). Despite the questions that remain over the identity of the sitters, these show the strong sense of individualism that had developed in the Netherlands and surrounding areas.

This was at least partly driven by an active mercantile economy that favored a rational and calculating sensibility. This itself was a response to problems of inhabiting a narrow strip of land, much of it at or below sea level, that could only be made habitable by constant labor.

By the 17th century, this sense of Dutch agency had turned outwards to create the first truly globalist financial economy, one that served as a model for its British and American successors. 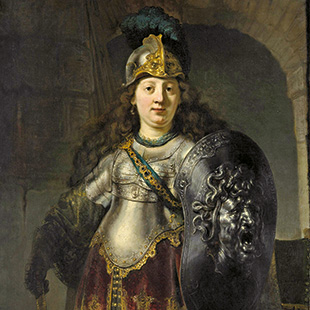 This aspect is captured in Cornelis Claesz van Wieringen’s An Armed Merchantman and Other Vessels near a Harbour City, Possibly Dordrecht (ca. 1615-20). This is a typical naval scene by a painter who specialized in such scenes.

Many of the other works convey a sense of the comforts and material goods that diligent habits and overseas trade brought. Willem Kalf’s Still Life with a Collection of Shells and a Shell Cup (1675), with its shells and coral from the Southern oceans, shows luxury objects and a taste for the exotic.

But modern mercantilism is all about good advertising and branding, which can sometimes be deceptive. And this is a charge that can be made here, with the exhibition leading you to expect more than a couple of Vermeers and Rembrandts among the 60 works on display.

Such has been Vermeer’s fame in recent decades, that his Young Woman with a Water Pitcher (ca. 1662) is sure to start a stampede, especially as his known works are so few. With its clean lines, unshowy craftsmanship, and sense of domestic comfort, this too is a very “modern” painting, unlike Rembrandt’s offering, Bellona (1633), which presents a rather garish personification of the ancient goddess of war.

This won’t look like much seen in the pages of magazine. But close up, the viewer will be mesmerized by the way Rembrandt works the light, as if spinning glowing gossamer from the end of his brush.

In the company of these paintings you may forget you’re in a tall, steel, glass building in the middle of Tokyo, and even hear the creak of a Dutch East Indiaman beneath your feet.