Reporting from Asia since 1995, mainly from Japan but also from Beijing, Shanghai and Delhi, the former Japan correspondent for the German news magazine DER SPIEGEL tackles the issues of demographic change in Japan and the consequences for the population and the economy in his book “Japan – Descent in Dignity.” Metropolis met with the journalist to discuss these challenges, the working culture in Japan and his view of the country as a German.

Metropolis: In your book, “Japan – Descent in Dignity,” you describe the Japanese subordinating almost everything to work. How does this compare to your home country?

Wieland Wagner: The Japanese do not separate as much between work and leisure as the people in western countries do. Western people often talk about “work-life-balance.” Japanese would rather ask why work should be seen as a punishment and not as a natural part of life.

M: You mention, however, that excessive work seems to have lost its charm and that the Japanese are exhausted.

WW: The work ethic has reached its natural limits in recent years. Due to massive staff shortages, the amount of work can no longer be handled by the individual employee. In an aging population, those who can still work must do the work of those who have died. No work ethic can escape the power of fact.

WW: In Japan, as in every society, there are people who like to work even in old age. That gets critical if there are no alternatives for those where it is no longer feasible to work. But that is the status quo in Japan. With the increase in retirement age, the system is turning in a direction in which the company should replace the welfare state. At the same time, more and more people are working in insecure jobs because old employees are traditionally paid less. For many Japanese that has now reached a limit, but no one dares to rebel against existing conditions. 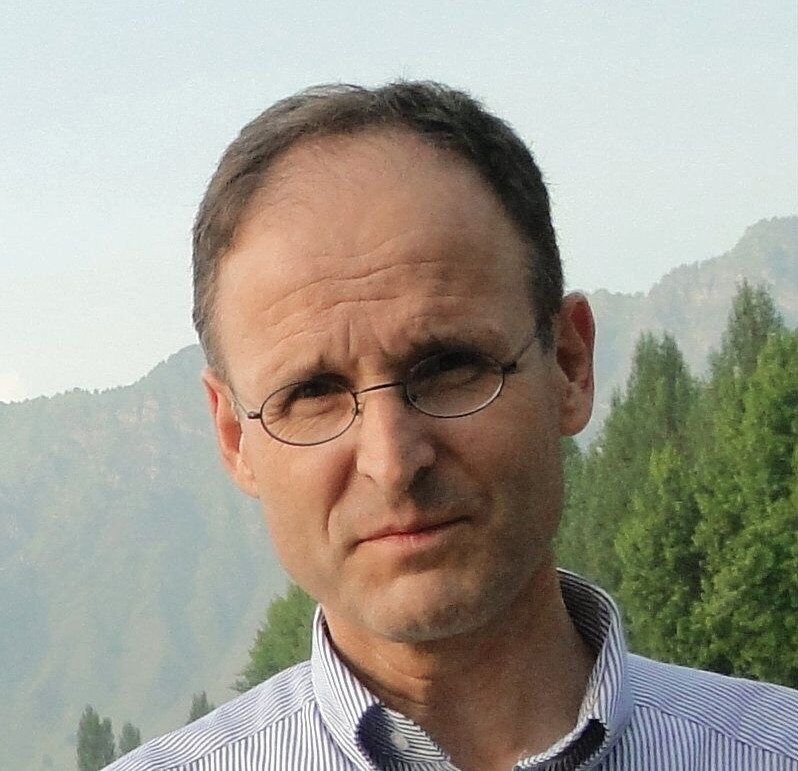 M: In Germany there was a broad social discussion about increasing the retirement age. Was there a similar debate in Japan?

WW: When you ask people, the answers are split. Many understand that Japan has to somehow finance its welfare state and the price of an aging society is that everyone has to work longer. But that there are no offers for the exhausted — that bothers many. An institution that demands a debate about it, similar to the unions in Germany, does not exist. This is only discussed in government circles.

M: How would you describe the efficiency of the working culture?

WW: Japan is one of the most unproductive economies among the G7. One also experiences every day, why. For example, people in the banks are paid to bow to their customers. In the office floors, workers leave when the supervisor switches off the lights. And not when the work to be done is done. Such a mentality binds unnecessary resources.

M: What are you thoughts on Prime Minister Abe’s  planned reforms to break the rigid labor rules?

WW: Abe is to be held accountable for being the first politician initiating a work reform for a long time. But Japan’s problems cannot be solved simply by making the world of work more flexible. Abe wants to allow companies to pay fixed salaries rather than hours. This should provide incentives for employees to go home when the work is done. But there are already offers that theoretically relieve the workload of employees. The 21-day holiday for example, which almost every employee can request, but no one does, because the sense of duty to the supervisor and colleagues is stronger. In the end, flexibilization could make people work longer. That would not be more efficient.

M: For decades, companies such as Sony and Sharp have played an important role in the world market. Today they are almost gone. Why?

WW: The big corporations have been focusing too long on their home market and oversleeping on the biggest development of the 21st century, the IT revolution. Sony had all the skills to develop a device like the iPhone. There was the technology for the optical sensor to the content to fill an app store. But the developers lacked the vision and imagination to bundle the different components in one product. Instead of developing visionary ideas, the Japanese currently only find small-scale solutions with their products. This is a competitive disadvantage.

M: But the human capital is obviously there. Otherwise, Japan would not have produced inventions like the Walkman.

WW: You will not find a visionary like Steve Jobs in any Japanese company. These are the guys who are responsible for the big innovations today. Jobs was someone who promoted free thinking, but as a tough leader also set the direction. Japanese companies are more organized in group structures, in which a good idea is talked to death by skeptics. Without absolving the companies of their responsibility: The foundation for this thinking is laid in the educational system. Schools and universities do not excel in promoting cross-heads or creative ideas. The pupils are taught discipline. But good ideas are born when there is a risk of offending someone.

M: In Germany, unions have started a discussion about where the limits of technology must be. There is concern that jobs could be lost on a large scale. Do the Japanese have similar fears?

WW: In general, there is a greater openness to new technologies. Japan is eager just to try. This can give innovations a first boost. But caution often does not hurt. In Japan there is the discussion about the JR Maglev. One of the leading railway companies may build the line, but did not consider that displacing water streams damages the vegetation. Now, many farmers are seeing their mandarin fields wither because there is no more water. If Japan had involved the population in the decision, that might not have happened.

M: Many groundbreaking ideas are currently coming from Silicon Valley. Are the Japanese envious?

WW: There is a great fascination for the American mentality in Japan. Although the managers know they are not Americans, many try to copy the style. The actually very conservative Toyota boss Akio Toyoda has started wandering around in corporate presentations with a headset, as practiced in America for a long time. In many companies English is the first language. But these are superficial changes. When it comes to working culture, there are still big differences between America and Japan.

M: Many experts say Donald Trump is the result of the global economic crisis in 2008. Japan also experienced economic turbulence after the real estate crash, during the ‘90s. Why did the Japanese resist all populist temptations?

WW: Abe actually acts more serious than Trump, for example in tone. He comes from the Japanese political nobility and does not pretend to be a politician who does not belong to the establishment. But basically, there are strong parallels. Abe came to the government after his predecessors were burdened with the reactor disaster in Fukushima and the population still felt the consequences of the Lehman crisis. He won with a landslide victory, because people longed for a savior.

WW: Yes, the political system was virtually broken. Donald Trump polarized in the campaign with “Make America Great Again.” Abe did the same, he promised to restore “beautiful Japan.” Both promote the super-rich and subsidize key industries to upgrade their own country to their trading partners. And both have promised a lot, but implemented little.

M: The Japanese government is planning a small revolution for 2019 and wants to open the country to massive labor migration. How are the Japanese prepared for this?

WW: So far, the Japanese government has not prepared the population. It was whipped in a fast procedure by the parliament. In a big social debate, the danger would have been that Abe snubbed his conservative voters. But that will happen sooner or later. Migrants are already working extensively in Japan today. Although these are employed as “technical trainees,” they are in fact working slaves from other Asian countries who are exploited to low pay and without any rights. If Abe’s plan is to stop demographic change through migration, society as a whole needs to clarify how it wants to deal with these 340,000 additional people. But there is no discussion about it.

M: In Germany, massive immigration since 2015 has led to major social conflicts, right up to the rise of the right-wing populist AfD. Can something similar happen in Japan?

WW: The Japanese identify more strongly with their ethnic homogeneity than most Europeans do. Therefore, the sudden increase in labor migration could lead to disputes. Already now, strong minorities live in Japan – Koreans, Nepalese and Malaysians. Unlike Westerners, who are treated courteously by the Japanese, these immigrants are regarded as second-class citizens. As the number of Southeast Asian immigrants increases, it is not automatic that this rigid hierarchy will continue to be accepted by immigrants. But there are also institutional deficiencies. The security and immigration authorities are not yet prepared for large-scale immigration.

Adrian Arab is a German journalist. He writes for Axel Springer, the largest media company in Germany, and mainly reports on German domestic politics and businesses.