Women Behind the Counter

Female sushi chefs rebel against stereotypes in the industry

Dedication, preciseness, respect, excellence: these words define the ways of a Japanese sushi chef, a profession rich with history, discipline and skill. The role takes years to master, with a minimum of seven years of apprenticeship and decades of practice to perfect the proper handling of the fish. Sushi, being one of the most authentic of Japanese cuisines, has been loved by the people of Japan for hundreds of years, therefore there’s no doubt that being a sushi chef is one of the most respected and demanding professions in the country.

In a 2017 global gender gap study by the World Economic Forum, Japan was ranked 117th in terms of gender parity. This comes as no surprise to anyone who has seen the Japanese workforce. It’s uncommon, for example, to see women employed in any type of public transportation jobs across the country. Even in Tokyo, where most of the population rely on buses, taxis and trains for transport, the sight of women in these uniforms is rare. The world of sushi is a particularly tough sector in Japan for women to enter.

The world of sushi has always been predominantly occupied by men and it’s a rare sight to see a female sushi chef behind the counter. The reason behind this odd circumstance is shocking, yet still believed today: “Women can’t make sushi because they have a higher body temperature.” Ask any Japanese person and that is the answer they will give you. At any prestigious sushi restaurant in Japan, you will most likely be served by a male chef, a tradition unchanged since the 18th century, when modern-day sushi was first invented. However, there has yet to be a clearly defined reason for this disparity, aside from the apocryphal theory of too-warm body temperatures. How is this dubious excuse still accepted as the reason the Japanese sushi industry’s failure to create a gender-friendly working environment in 2018? Are gender-defined jobs simply deeply embedded in the roots of Japanese society and its traditions? 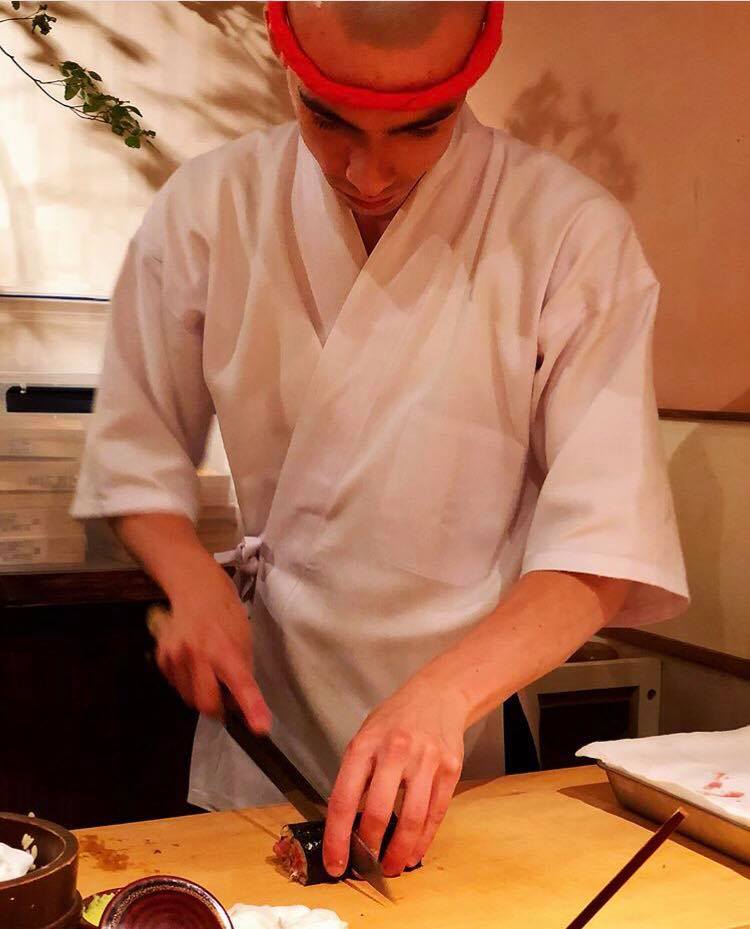 Sieffre Smalley, a sushi chef in Tokyo with five years under his belt, sees changes in the occupation. “As the world is changing, so does the sushi industry,” he says. “Some chefs are going to try to adapt to the changes, some are going to be against it. I know some female sushi chefs in the higher-end sushi restaurants in Tokyo who are accepted as sushi chefs, and are working extremely hard. They understand and accept the fact that they need to work harder to be included, since there were only male Japanese chefs in this industry until recently.” He adds that, being a mixed-race sushi chef himself, it changes the outlook for the customers he serves. “I have experienced some discrimination in previous work places. Hopping from one sushi restaurant to the next, I finally found the perfect place for myself.”

“Japanese Male” has been the standard for so long that the rule is now further upheld by the confines of tradition. For the people of Japan, a sushi restaurant with a female or foreign sushi chef is an uncustomary concept that often leads to harsher criticism of their skills. The public strictly sees the occupation as intended for Japanese men.

Fortunately there are some instances, albeit rare, where female sushi chefs are breaking these stereotypes. Such women work in Akihabara, the so-called “electric town,” ironically well-known for its maid cafes. Nadeshiko Sushi, a sushi restaurant incorporating the world’s first all-female staff, has become a popular spot since it first broke the gender boundary taboo. At the restaurant, customers are welcomed by female sushi chefs wearing kimono, making authentic sushi by the order.

The store manager, Yuki Chizui, has been working at the restaurant since its opening in 2010. She does everything from purchasing fish in Tsukiji every morning to making sure the staff serve high-quality sushi to customers. Although the location may be misleading (some may wonder if Nadeshiko Sushi is just another themed restaurant), the business is committed to the development of female chefs and the expansion of their careers. 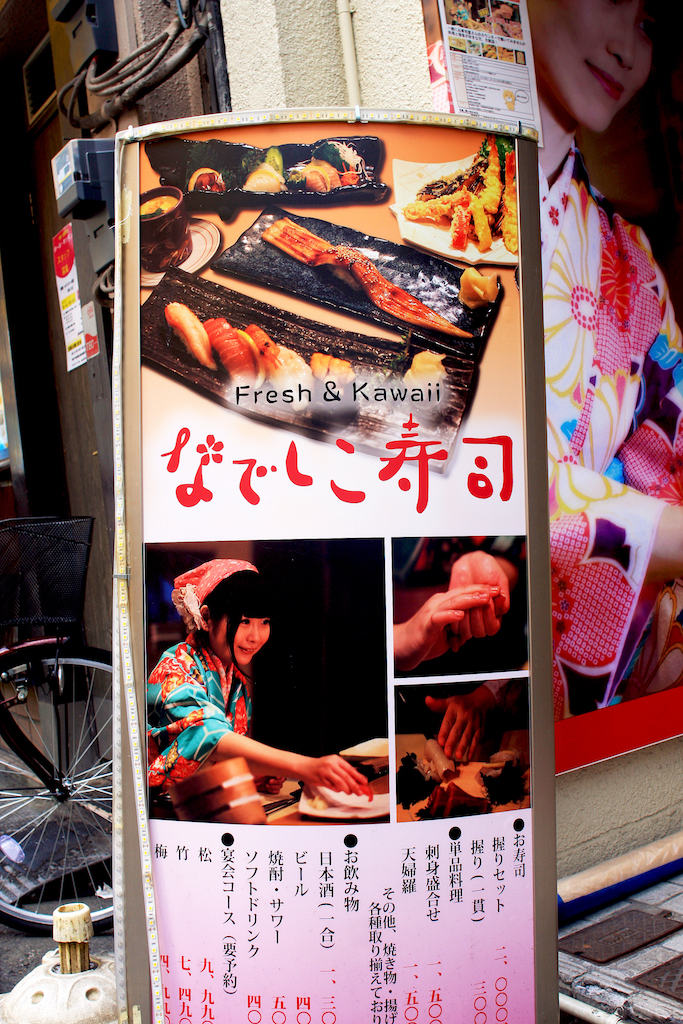 “The idea behind this restaurant is to focus on women’s social advancement in the workplace. I want women to know that the sushi industry is a career opportunity that is available for everyone,” Chizui explained. “The sushi industry has been a world strictly for male chefs since the beginning, because at times it can get physically demanding with critical techniques that is required to handle the fish.”

“Even if we do have an all-female staffed restaurant here, once we step outside, the rules of the male sushi scene are still apparent and the contrast is still there,” says Chizui. The reality is that occupations such as ‘sushi chef’ are simply seen as part of a culture from which women are excluded.

Though the sight of having female sushi chefs behind the counter in Japan is still uncommon, the roles of women in a traditionally male-dominated workforce are slowly changing. Through spaces and restaurants such as Nadeshiko Sushi, women are redefining and expanding their position in the industry. Chizui believes that it’s up to the women of Japan to have the determination and goals to change the current reality, especially among younger generations.

“Sometimes young women in Japan are scared to try new things which leads to failing at creating new norms,” Chizui says. “I think it will take some time before Japan has widespread female sushi chefs but it’s up to us to keep trying.”