Ad Astra is director James Gray’s seventh feature and his first foray into the reaches of space. Co-written with long time collaborator Ethan Gross (Fringe), the film explores the journey of repressed 22nd century astronaut Maj. Roy McBride (Brad Pitt) to contact his absent father H. Clifford McBride (Tommy Lee Jones) who has been missing for a number of years on The Lima Project, a deep space mission to contact alien life. As you would expect, the situation changes, and the picture ultimately grapples with man’s place in the self-exile of the stars.

The initial gestation period of Ad Astra was a long one, with Gray and Gross working on the script on and off for a number of years before producer Roderigo Teixeria came in to develop it. The inspiration for the picture, Gray says, started while reading about Enrico Fermi, the “architect of the atomic age” and cornerstone of the Manhattan Project. Fermi believed that there was a 90 percent chance southwestern America would be destroyed when they first split the atom. “I found that extremely alarming and I thought, how would that be if you had nothing to lose and you were in deep space?” Set far from the eye of society, Joseph Conrad’s commentary on humanity’s base self in “Heart of Darkness” and Francis Ford Coppola’s Apocalypse Now also helped to provide the building blocks for Gray’s vision. “It was ‘Heart of Darkness’ and an attempt to embrace the imagery and the mood of the Apollo and Mercury missions.” 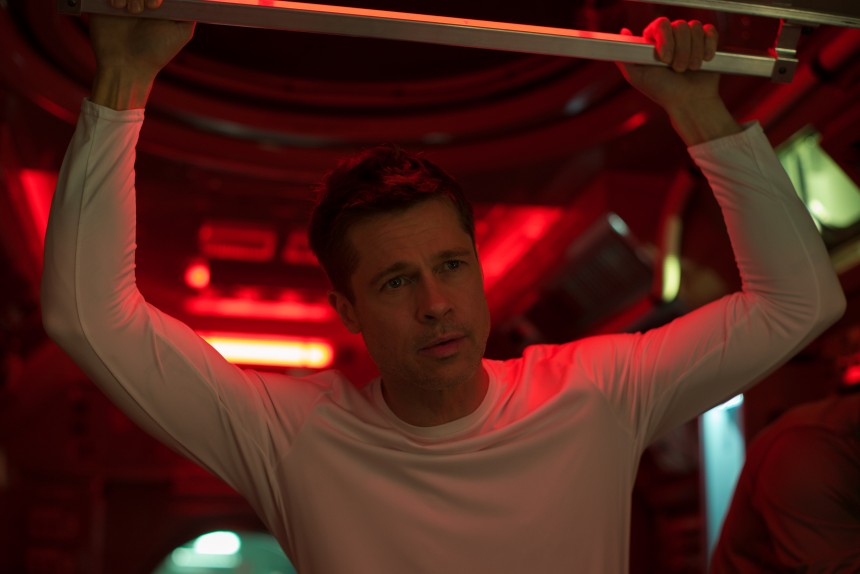 Brad Pitt stars as astronaut Roy McBribe, who journeys to the far reaches of space to find his lost father.

The goal of this angle was to produce something that other sci-fi films did not, something other than the clean space opera-esque closure that comes with the existence of alien life. “I wanted to do something that was the opposite of most space travel movies that offer a somewhat positive view which results in meeting aliens, intelligent life that are benevolent or at least interesting enough to involve us,” Gray says. “I tried to do the opposite of that and say, what if there’s nothing?” What Ad Astra does, Gray explains, is provide the (literal) space for rumination on how humans deal with solitude — not only forced solitude, but chosen solitude. Roy’s emotional journey is not an uncommon one. He’s headed outwards on a great quest to meet and confront his missing father, yet at the same time he still doesn’t know where exactly this will take him — put simply, he’s going somewhere but still lost. “I viewed Roy as an extension of practically everybody I know, including myself, who is headed somewhere, but not exactly sure where… there’s something seriously lacking,” Gray says. That something is human connection. Roy’s journey is not one simply towards his father, but an emotional one in which he grapples with his sense of self.

What is strength in a man? Where does strength really come from? And our conclusion, what we were striving for, is that our strength comes from actually being vulnerable.

Pitt agreed to both produce and star in 2016, after a number of schedule clashes prevented the actor and director from working together on projects before. Built into this relationship from the start was a mutual respect and shared direction for Pitt’s character. Pitt recalls that Gray’s filmmaking always had a “classic element to its storytelling” and their first conversations on the place of Roy were buried deep in the question of human connection. “Our first conversations were about what is connection, especially for a man. And what if we’re dealing with a human being where connecting with others is not necessarily in his skillset?” Pitt says. “So for James and I, it was really a discussion of vulnerability. What is vulnerability? What is strength in a man? Where does strength really come from? And our conclusion, what we were striving for, is that our strength comes from actually being vulnerable.” 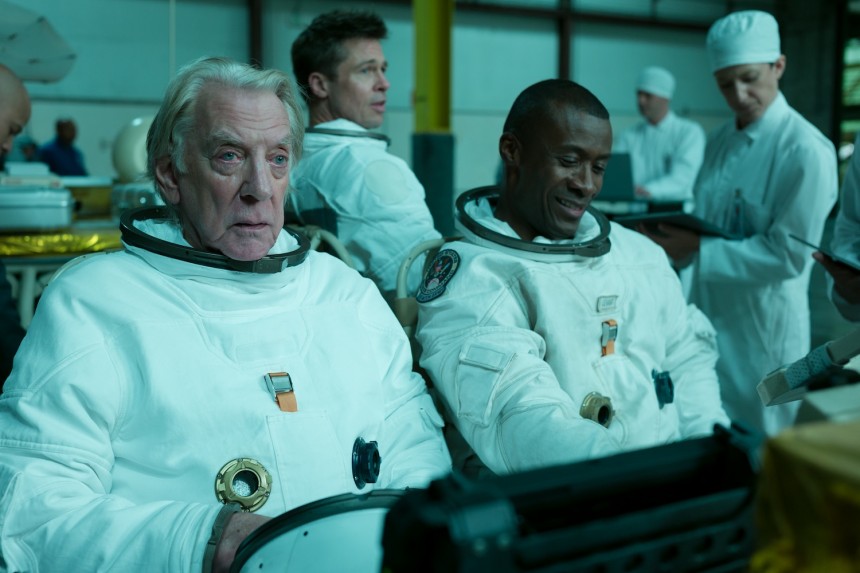 Creating a period piece set in the 22nd century cosmos comes with its own issues, but Ad Astra is a feature that finds itself spiritually, as well as design-wise, in the milieu of the 1970s. Pitt argues that, “It’s a film I think that has its roots in 70s films, as James’ vernacular seems to be born from. Meaning that it’s contemplative. It unfolds. And we have big moments of action and spectacle that on the big screen is pretty jaw-dropping.” But unlike the set of a 70s space fantasy like Star Wars, Ad Astra keeps a tighter rein on the technology and, unlike some iterations of the Galactic Saga, keeps the sets practical. Retired astronaut Garret Reisman and aerospace engineer Robert Yowell served as on-board advisors to create as realistic a picture of space as possible. Answers to questions like can you shoot a bullet into space, and is real time contact between Earth and Neptune possible lent a solid spine of physics to the film.

Production designer Kevin Thompson adopted a “science-future-fact” ethos: the idea that all designs should be rooted in the technology of today.  Methods of communication still rely heavily on pencil and paper and the most futuristic item in the picture is a small scanner used to project information on flat screen monitors. It’s this kind of classical minimalism that the practical environments helped to create. All cockpits, backings and monitors are practical, with some sets being built twice to allow for both horizontal and vertical filming to account for the effect of zero-gravity. These seemingly lived-in, boxy environments also lend themselves to the more claustrophobic moments Gray wishes to convey to clinch all those important human moments.

Summing up the experience of working on Ad Astra, Gray says, “It’s been a fantastic journey.” With a worldwide theatrical release on September 20, his next challenge will be to see if he can wow critics and audiences alike with this high-minded space thriller. We’ll be waiting.