The Karl Strauss Peanut Butter Cup Porter felt like a potential winner. But then there was also J.K.’s Northern Neighbour Farmhouse Cider Saskato. Actually, it was rather difficult to choose between all the diamonds in the rough, the 150 varieties of unique beer colorfully stacked in an endless line of refrigerators. This is the dilemma that all patrons face at Antenna America in Yokohama, the official tasting room and bottle shop for Nagano Trading. 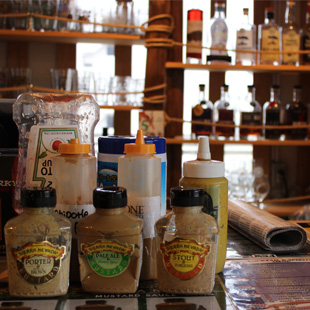 Andrew Balmuth founded Nagano Trading in 2004, hoping to introduce some of the world’s finest beers—American ones to be precise—to an unfamiliar Japanese population. He was later joined by his wife, Akemi Balmuth, and with an increase in sales they decided to open a showroom for industry professionals. With time, the showroom grew and soon expanded to invite individual drinkers as well—thus, Antenna America was established in February 2013 as an “antenna” site for both Japanese beer drinkers and expats alike. The Yokohama location was chosen due to its sister city relationship with San Diego, a legendary beer city with which Nagano Trading frequently acquires beer brands from.

What makes Antenna America special—besides its sheer variety—is its promise of a 100-percent cold-chain importation system, essentially assuring freshness, as the beer experiences end-to-end cold delivery. “No other importer in the business does this,” said Mrs. Balmuth. And many of their business-partner breweries comment that the taste mirrors their own tap rooms. Antenna America also owns the exclusive importing rights for some of the biggest and best craft breweries in the United States—thus acting as a strict gatekeeper. For people in Japan, this means a top quality connection to beer heaven. 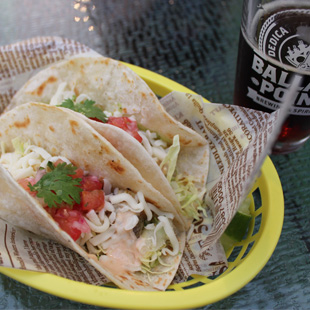 Antenna America itself occupies two floors, the first being their spacious taproom, where you can pick and choose from the vast beer selection, most with west-coast U.S. origins. Popular selections include Firestone, Lagunitas, and Stone, with eight rotating drafts on tap. (It may be wise to read through their current list online so as to not waste precious drinking time.) For non-beer drinkers, ciders and other mixed drinks, as well as soft drinks, are available.

Whatever your choice, an English speaker is always on hand to dispense advice and offer recommendations. In fact, all employees are required to learn American beer and food culture knowledge. Patrons can also take advantage of the idyllic outside balcony, to enjoy the summer sunset with a frosty ale.

To supplement your beer, you can indulge in some authentic American food: waffle fries, chicken wings, and fish tacos with lime officially make excellent pairings. If you’re feeling smitten with your beer selection, the shop also sells an impressive selection of beer merchandise, including T-shirts, pint glasses, and signature marinades that are great with mac and cheese. Antenna America frequently hosts lectures and seminars by brewing professionals, so be sure to check out their Facebook page for the latest updates.

You can join the Antenna America Beer Club for home delivery, priority service, and information on the latest events and beer arrivals. Visit, www.antenna-america.com/join-abc.html.