The clock in Arahama Elementary School in Sendai stopped at 3:55 pm on March 11, 2011, the exact moment when the tsunami struck the school, freezing in time that terrible moment. From that moment on, everything changed for the people of the popular beach area in Northern Japan. Just over an hour earlier an extremely powerful magnitude 9.0 earthquake—the strongest ever recorded in the country and fourth strongest known in human history—had occurred 130 km east of the city, and now the dreaded wave it unleashed had arrived.

Located just 700 meters from Arahama Beach, the school and its 71 students, as well as teachers and many evacuated local residents, were in an incredibly vulnerable position. However, good disaster planning, geography and some luck were working in their favor. When the black waters from the tsunami retreated, all 320 people sheltering there had survived. This is what the locals now call the ‘Miracle of Arahama Elementary School.’ 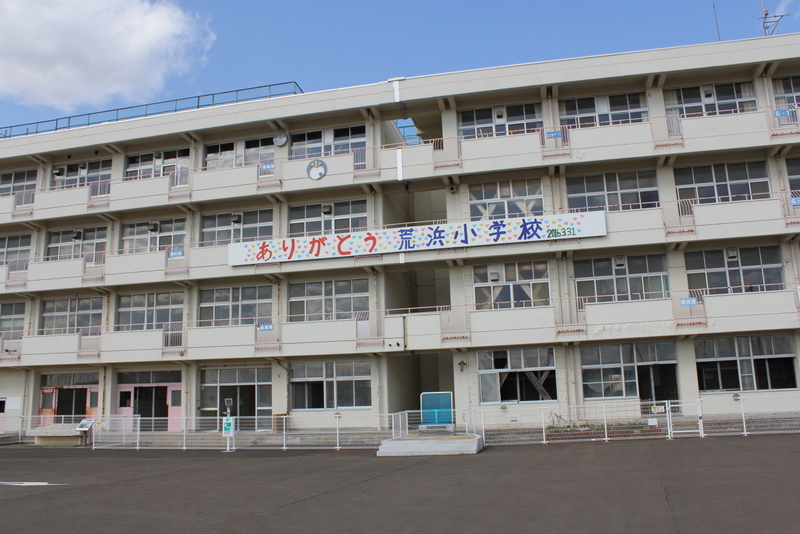 Now, over a decade later, the school still stands exactly as it was that day, preserved as a walk-in memorial and museum to the tragedy which will always live on in the memories of those who survived it. Four stories tall, it stands as both a beacon of hope and a stark reminder of the ever-present danger of a future coastal disaster.

Standing on the roof—where Japan Self-Defense Force helicopters successfully plucked, one by one, all 320 evacuees from the cold Tohoku night—visitors can look out across the recovering landscape and appreciate both the miracle of survival as well as the tragic loss and destruction of the surrounding area.

Surveying the city from this vantage point 10 years since the disaster, one is profoundly struck by absence—there is basically nothing there. In the space between the ocean and the school, where there was once a thriving community of 2,200 residents and 800 houses, there is now only swathes of sectioned blocks where families once lived, now transformed into a dried-out manicured grassland with no meaningful signs of the thriving life that once existed there. 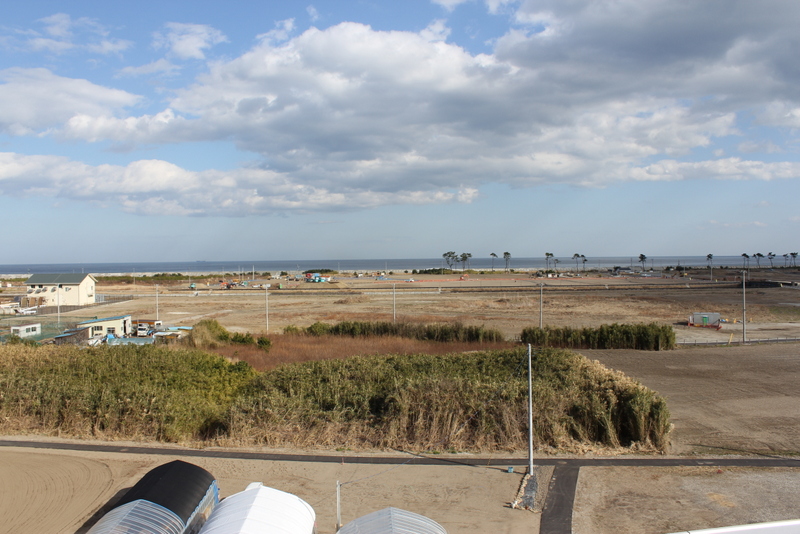 The view from the roof of Arahama Elementary School shows how barren the landscape remains since the tsunami wave hit ten years ago.

The buckled, dirty clock which marks the moment everything changed is preserved in a glass cabinet in a room on the fourth floor, alongside other relics of the destruction and educational displays about disaster prevention. On the wall in the hallway of the second floor, hangs a plastic sign showing the high-water mark of the tsunami, which was 4.6 meters high when it struck the school. It was double that when it initially hit the beach.

At just a short distance away from the school, this unusual reduction in the size of the wave across a distance of only 700 meters speaks to the miracle that happened here. According to Kenichi Suzuki, a Sendai City Hall disaster management member, the existence of a horizontally running canal roughly halfway between the ocean and the school probably redirected or diffused some of the roaring volume of water charging towards it, thus reducing the mass or height of the wave.

“The school is also at an angle to the sea and was built four stories high, which is uncommonly high for a school of that size in Japan,” says Suzuki.  “Also, eight years prior to the disaster, earthquake strengthening construction work was done to the building. These things likely helped save lives too.

“To avoid the damage and deaths from 3/11, we want to educate people who come here, from overseas and Japan, to know intuitively that if a tsunami comes you must escape to high ground. The school was preserved so visitors can study about the power of the tsunami and not forget it.” 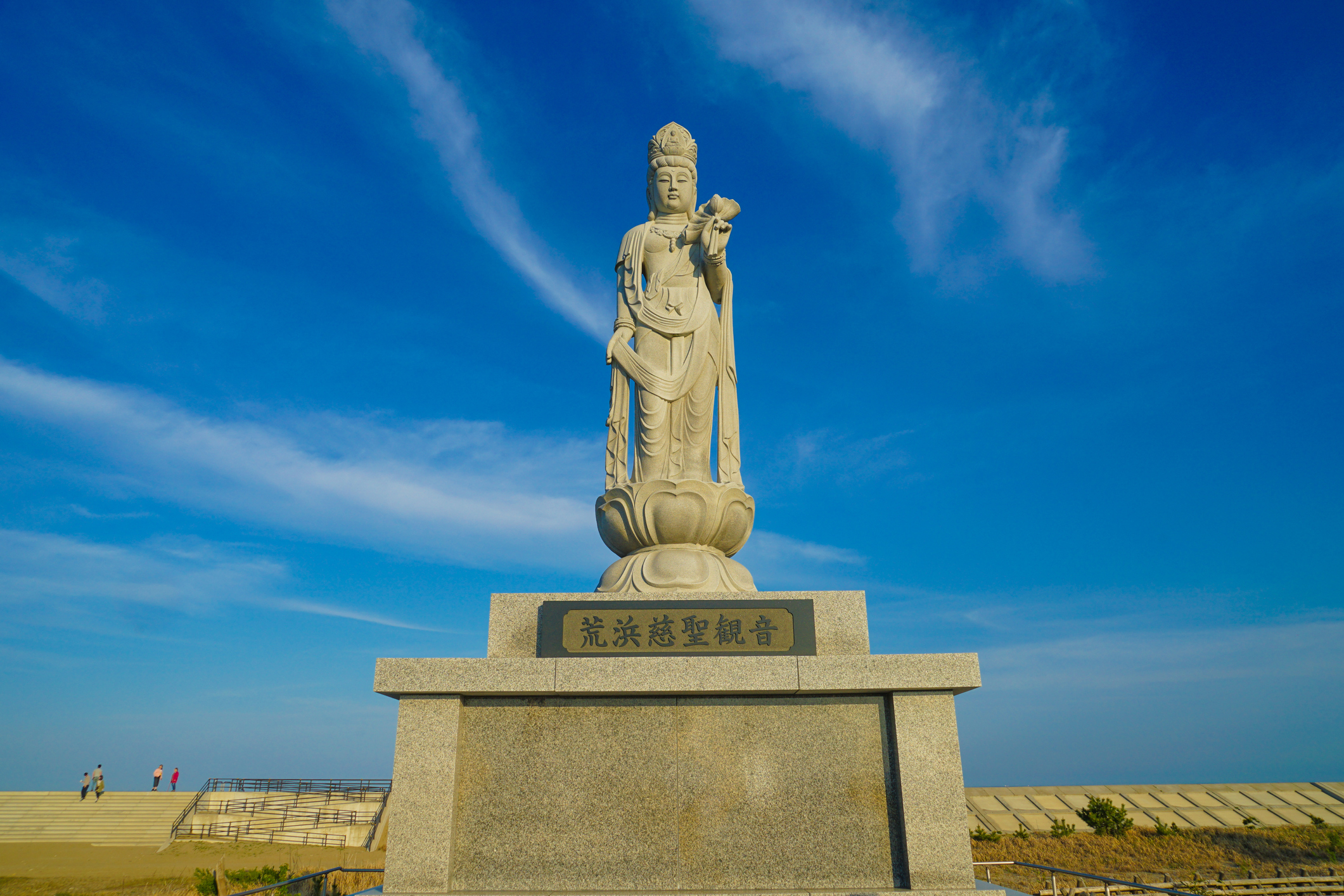 Not far from the school is a 9-meter-high, stone statue of Kannon, the Buddhist goddess of mercy, built after the disaster at the exact height of the tsunami, facing not to the all-powerful sea, but west, to the city of Sendai, where most of the former residents of the area now live. These residents, many of whom lost family and friends in the disaster, often visit the statue to pray for the 190 people who were lost and to perhaps ask the sea for mercy from future waves. 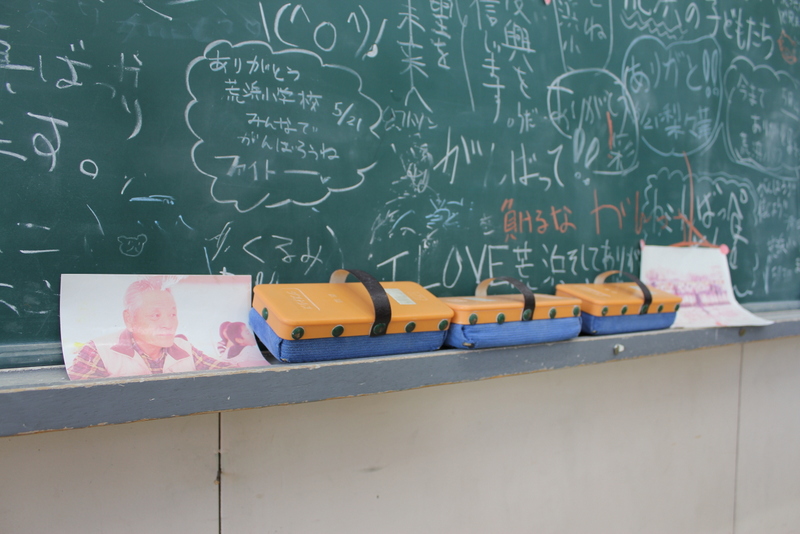 “Many of them also take a walk through the school to reflect,” Suzuki says. “One man who lost his brother comes regularly and has placed a photo of him on the blackboard of the school alongside the photos of the students who survived.”

It is in this way that those who survived live on, remembering those that they have lost. Faces that now only exist frozen in photos that, like dead clocks, serve as reminders of great loss and, God willing, a safer future.