Literary stars can have a precipitous rise in Japan, and few rose as fast as Banana Yoshimoto. The moment she started writing professionally in 1987, she rose to prominence. Her debut novel “Kitchen” won the Kaien Newcomers’ Literary Prize in 1987 and became a peerless bestseller, running an epic 60 printings in Japan.

And while described by some critics in Japan as “light” and “frivolous,” “Kitchen” tells a powerful story written in an intensely beautiful style. The narrator is Mikage, who grows up with her grandmother after losing her parents at a young age. At the beginning of the novel, she is working as a culinary teacher’s assistant. Her grandmother has just passed away, and a childhood friend, Yuichi, reintroduces himself. Yuichi’s mother, Eriko, a transgender woman with a glamorous appearance and personality, is eager to take Mikage into their home and family. 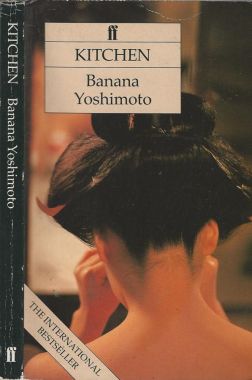 Banana Yoshimoto has written 12 books and seven essay collections. Published in 1987, “Kitchen” was her debut novel.

“Kitchen” is a story about the persistence of loss and memory, and about finding one’s path through the world, with some romance and lots of delicious food along the way. In retrospect, it offers profound insight about the ennui of 1980s Japan and what it means to live in a ruthlessly rich society on the border of complete dissolution.

Ultimately, Yoshimoto’s “Kitchen” was something of a flash in a pan. While “Kitchen” is regarded as an important work of Japanese literature, it didn’t maintain the relevance of modernist classics like Soseki or the firepower of true contemporary hits like the novels of Haruki Murakami. Yoshimoto’s follow-up novels never approached her debut novel’s impressive peak, and while several were translated and published outside of Japan, none of them resounded abroad like “Kitchen” did in Japan.

While “Kitchen” clearly resonated and continues to resonate with many English-language readers, the English edition falls short of the lofty heights it achieved in Japanese. The issue lies in the problem of translation.

“Unfortunately, the endearing characters and amusing scenes in Ms. Yoshimoto’s work do not compensate for frequent bouts of sentimentality,” wrote Elizabeth Hanson in the New York Times’ 1993 review. “The English text feels choppy — this may be due to the author’s style rather than the translation.”

It’s a pretty panning review for such an enormously successful work. I found “Kitchen” — at least in Japanese — to be much better than the New York Times’ estimation. When you start looking closer, many of the faults can be found in the translation.

[T]he world of translation and the American market may not have been fully ready for “Kitchen” 30 years ago. Unlike today, where Japanese female authors are regularly published to great acclaim.

Throughout the book, Mikage fundamentally struggles with expectations and societal pressure: what pressures to defy, and what pleasures to succumb to. Mikage must balance her desire for both independence and stability, two paths that, for a young woman in a society resistant to female empowerment, can feel irreconcilable. But despite the loss of her family and her constantly dissipating relationship with Yuichi, she eventually draws strength to face down human’s greatest enemy: death.

But this quote represents both the novel’s greatest strength and its greatest flaw. Much of the power of the Japanese text is derived from its beautiful writing style. Yoshimoto’s descriptions are fluid and constantly moving, almost melodramatic in their radiance. However, this proves a serious challenge for translation, as ‘radiant’ prose can come off extremely offputting in English. 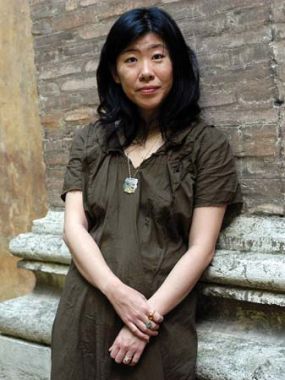 ‘Kitchen’ author Banana Yoshimoto was born in Tokyo in 1964.

For the above quote, the original Japanese is much more casual. 負けはしない (literally “I won’t [do such a thing] as lose”) becomes “I won’t let my spirit be destroyed.” Mikage is no doubt poetic — in fact, she’s wonderfully attuned to the beauty of the natural world throughout the novel — but she’s also casual and observant, talking about the real world rather than the metaphorical language she uses in English. Mikage’s poetry isn’t overbearing in the Japanese but reflective, and making her more dramatic in English feels like a crucial mistake.

‘Kitchen’ is a story about the persistence of loss and memory, and about finding one’s path through the world, with some romance and lots of delicious food along the way.

Translator Meagan Backus also tends to decline to break up long Japanese sentences, which would get dissected in more liberal translations. In fact, cleaving to Japanese sentence structure leads to awkward constructions throughout the entire novel: “Until only recently, the light that bathed the now-empty apartment had contained the smells of our life there” is stiff and complicated; “I don’t care for the loaded sentimentality of those words or for the feeling of limitation they impose” sounds like a robot speaking, which Mikage is anything but.

A better translation of “Kitchen” would have firstly been more natural all around. Let the characters speak more naturally, sound more human and have less verbose clutter around Mikage’s voice. “Kitchen” already works in English, but I can’t help but to think what its reception would have been like with a translation that matched the vivid beauty of the original.

Would a different translation put “Kitchen” on the level of something like Murakami’s “Norwegian Wood”? Not necessarily, but Alfred Birnbaum and Jay Rubin are renowned as some of the best and most inventive Japanese translators, and their daring approach to capturing the essence of Murakami plays a large part in his success in English. 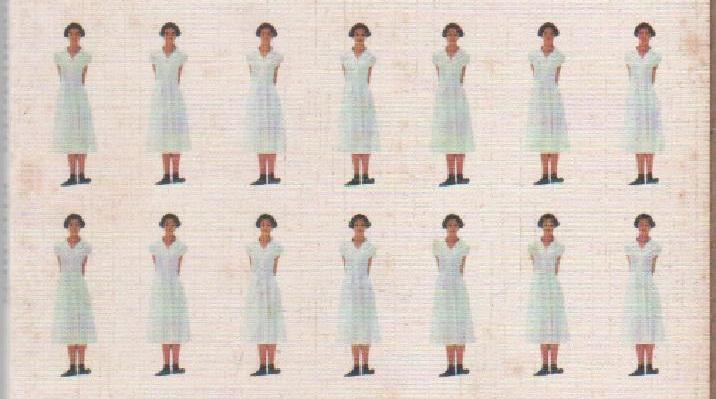 Ultimately, “Kitchen” by Banana Yoshimoto was something of a flash in a pan.

The current boom in translated Japanese literature — where authors like Yu Miri and Yoko Ogawa have received nominations for and even won major international literary prizes — comes hand-in-hand with an era of excellent translation. Motoyuki Shibata, an English-to-Japanese literary translator and founder of MONKEY literary magazine, says that the pool of translation talent is as good as it has ever been.

“New writers are being as well taken care of as Haruki Murakami,” Shibata says. “Young translators are very attuned to the music of language. To exaggerate a little, translators used to decode what was written in the text. Now, younger translators listen to the Japanese prose and try to reproduce that sense of music in their translations.”

“Banana Yoshimoto was published with great fanfare 25 years ago, and she was popular for a while, but I think many readers were sort of disappointed with what was offered,” Shibata adds. In this sense, the world of translation and the American market may not have been fully ready for “Kitchen” 30 years ago. Unlike today, where Japanese female authors are regularly published to great acclaim.

Banana Yoshimoto has and deserves much praise — but the translation of “Kitchen” simply failed to express the full power of her writing. The English version, is of course, still worth a read. But possibly because of that same translation, Yoshimoto is an international literary icon that nearly was.

You can purchase “Kitchen” by Banana Yoshimoto on Amazon.