Born and raised in the creative bubble of Southern California, Ben Harper’s evolution as a three-time Grammy Award-winning songwriter and multi-instrumentalist leads back to one place: his grandparents’ music store. Founded in 1958, the Folk Music Center in Claremont was more than a home away from home for Harper. There, the eclectic musician learned to play and repair instruments, brushing shoulders with the likes of bluesman Taj Mahal and slide-guitar master Ry Cooder, who were regular customers at the shop.

Celebrated as one of the most important purveyors of blues music today, Harper has released 14 studio albums throughout his career, with genres ranging from rock and reggae to soul, funk and folk. After nearly ten years as a solo artist, the West Coast native reunited with his original band, The Innocent Criminals, in 2016. The collaboration’s most recent album, Call It What It Is, roots itself in varied melodies, as well as Harper’s inspirational and politically conscious storytelling.

This spring, Harper and The Innocent Criminals will embark on a much anticipated Japan tour with stops in Osaka, Nagoya and Tokyo. Metropolis had the pleasure of speaking with Harper about getting back together with the band and other recent projects ahead of his upcoming shows in March. 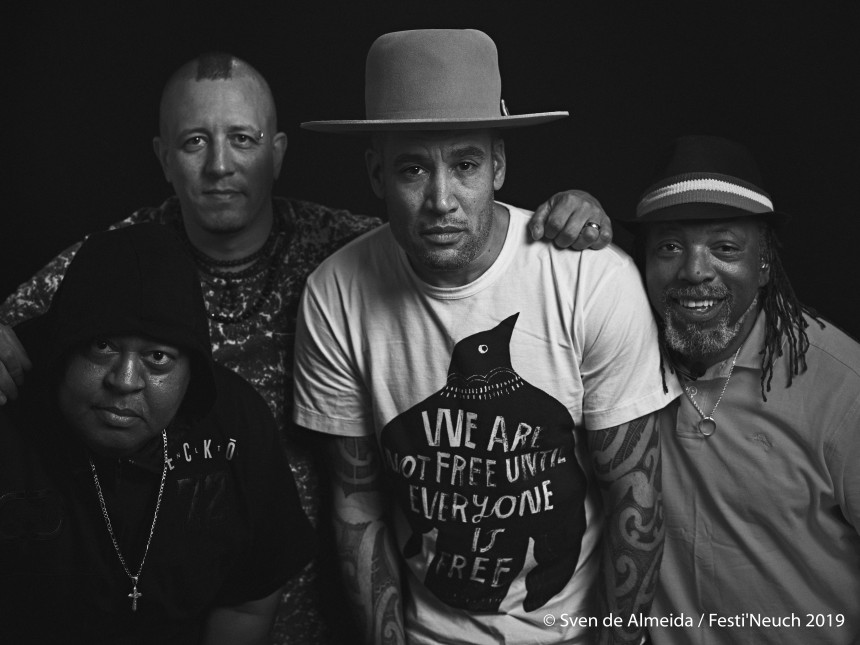 Metropolis: It’s been a while since you’ve performed in Japan with The Innocent Criminals. After the band broke up, you embarked on a solo career and fans would wait a decade before hearing new music from all of the original members again. How have the band’s chemistry and creative process evolved throughout the years?

Ben Harper: The Innocent Criminals played Fuji Rock Festival as recently as 2016 as a six-piece band, but the original four-piece band, which is myself on guitars and vocals, Juan Nelson on bass, Leon Mobley on percussion and Oliver Charles on drums, has not played Japan since 1995. This is the band who played on my record Fight For Your Mind. Over the years I’ve had different bands, Relentless7, Fistful Of Mercy (with Dhani Harrison and Joseph Arthur), as well as touring solo, but the chemistry with the four original members is something personally and sonically very special to me.

M: American blues legend Charlie Musselwhite, who collaborated with you on two award-winning albums, has commended your ability to “reinvent blues in a great way: playing modern while preserving the feel.” What made your partnership with Musselwhite so successful despite a significant generational and, in some ways, cultural gap?

BH: Charlie and I have such a strong bond and understanding of one another’s music and both share a lifelong commitment to the blues past present and future. I look forward to more collaborations with him soon.


M: You’re noted for your musical diversity. The Innocent Criminals’ newest album, Call It What It Is, is a genre-blending mix of blues, rock, soul and folk. What entices you to dip into these various styles, and how do you unite a record around so many different sounds?

BH: Musical eclecticism has always felt like the most direct way for me to organically convey the way I write songs. I think what unites the different styles on one body of work is my vocal and guitar as well as the writing style.

M: The album’s opening track pays tribute to the band’s early days, with lyrics that trace the less than glamorous road you all traveled before the success of 1999’s Burn to Shine. If you could give your younger self one piece of advice, what would it be?

BH: One of many pieces of advice would be to find a way to hear yourself more clearly at all costs. Stay humble and undeserving.

M: Which songs from Call It What It Is are you most excited to perform with your band?

BH: The title track “Call It What It Is” and “Deeper And Deeper.”

M: Your latest single captures the struggle of managing one’s mental health on a daily basis. What inspired you to write “Uneven Days” and how was the process different from some of your other solo tracks?

BH: “Uneven days” is inspired by uncertainty, longing and trying to find some way to voice a need for personal balance. The writing process was quite similar to how I always write songs on a daily basis, but the production was new in that I brought in two different outside producers on the one song, Ethan Allen and Andy Kaulkin.

M: Lastly, what is one thing you absolutely want to do in Japan when you arrive in spring?

BH: I believe I might be too early for the blooming of the cherry blossoms, but if it comes early I would love to see this.

Ben Harper And The Innocent Criminals