Merry Christmas to all our readers

Metropolis asked some of our writers and friends to choose some books they love and would buy as possible Christmas presents for loved ones or friends. Merry Christmas to all our readers.

It’s not really Japan-related, but from my position in the underground music scene, David Keenan’s novel “This is Memorial Device” spoke to me a lot. The industrial estates and housing schemes of early-1980s small-town Scotland are, on the face of it, a far cry from the information-dense megatropolis of 21st Century Tokyo, but David Keenan’s novel about fictional post-punk and art-freak musicians in Airdrie (Scotland) should strike a chord with anyone immersed in their local underground music scene. From petty scene politics to mystical explorations of the psychic landscape, “This is Memorial Device” cuts deep into the heart how something that barely makes a ripple in the wider world can, at the same time, mean absolutely everything. 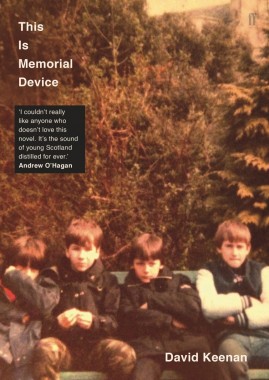 Know a whiskey fan? Want to help that malt maniac get a deeper understanding of whiskey’s flavors? “Tasting Whiskey: An Insider’s Guide to the Unique Pleasures of the World’s Finest Spirits” by Lew Bryson is the book to better understand the water of life’s flavors and aromas.

Bryson, a former editor at Whiskey Advocate and current drinks columnist at The Daily Beast, provides readers with a down-to-earth, bull-malarkey-free look at tasting whiskey, giving practical advice on how to push beyond the overwhelming alcohol aromas and dive deeper into uncovering what makes whiskey, whether it’s American, Scotch or Japanese, such a compelling drink.

This is without a doubt one of the best all around whiskey books. Full disclosure #1: Bryson wrote the foreword to my book “Japanese Whisky”. Full disclosure #2: I asked him to write it because I love “Tasting Whiskey.” 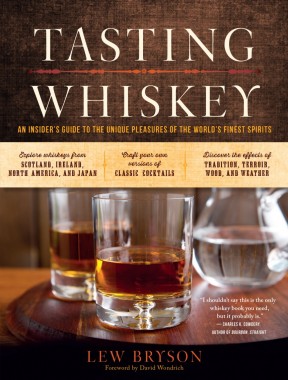 I’ll be giving copies of “Daughters of the Samurai” by Janice P. Nimura, which is the most interesting book I’ve read this year, for Christmas gifts this year. It tells the true story of five Japanese girls — the youngest was just six years old — who were sent to America in 1871 by the Japanese government. Their mission was to learn English and Western ways and return to Japan to help nurture a new generation of enlightened men to lead the country into the modern world. I learned a lot about the role of women in society then, in both Japan and America, and have since had some interesting discussions with friends and colleagues about women’s education in Japan. For a gift to myself, since I’m patient and don’t need my books wrapped under the tree, I’ll pre-order a copy of “Walking and Trekking in the Japan Alps and Mount Fuji” (due out February 15, 2019). Written by Japan-based writers Tom Fay and Wes Long, this all-new guidebook outlines more than 30 hikes in central Japan, including popular areas such as Tateyama, Kamikochi and Kawaguchiko and also tells you everything you need to know about hiking Mt. Fuji. 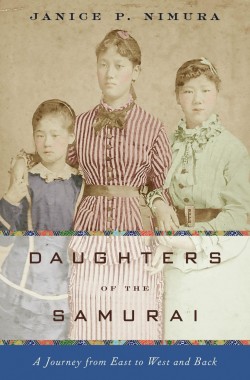 As a Glaswegian I’m naturally fond of Scottish novels. My favorite Scottish author is James Kelman who opened my eyes to the use of Glaswegian patois in literature. His 1989 novel “A Disaffection” and more recently the Beckettian “You Have to Be Careful in the Land of The Free” have had a profound effect on my life. Kelman won the 1994 Booker Prize for his seminal “How Late It Was, How Late” and affirmed his stance against those who diminish and reject the use of vernacular in literature. In his acceptance speech he insisted, “My culture and my language have the right to exist, and no one has the authority to dismiss that right.” Irvine Welsh’s “Trainspotting” did much the same for working class Edinburgh and both Kelman and Welsh (especially his earlier work) are essential reading for those looking to escape the imperialistic forces inherent in the majority of English literature. 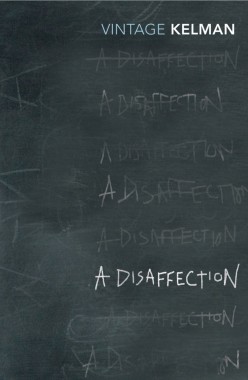 With the fragile liberal democracies of my home and adopted countries teetering towards gerontocratic demagoguery, I’ve been thankful this year for the distraction of so many great new books. A recent release that I loved and will be gifting for the holidays is Brice Matthieussent’s clever novel “Revenge of the Translator.” The book starts off as a footnote under a blank page, and the protagonist — a translator — explains that he’s had enough of being subjugated by his author. The story grows increasingly meta, but it’s grounded in hilarious and charming language that kept me wanting more. It’s the perfect present for a translator in your life. Another wonderful title that I’ll be gifting this year is the new Japanese art book “The Complete Works of Toshiko Okanoue.” A surrealist, Okanoue originally studied to be a fashion designer but got into collage making. Her collages remix images cut from Vogue and other foreign magazines, all of which were collected from Allied soldiers during the postwar occupation. The end result is a powerful yet playful Freudian dreamscape that’s worth spending time in. No doubt Okanoue’s collection deserves wider recognition in postwar art history and it’d make for a terrific present. Another book that I’ll be gifting this year is Thai cartoonist Wisut Ponnimit’s cute, literary manga “Him Her That,” which I fell in love with and was compelled to translate. Ponnimit’s adorable yet philosophical works have made him something of a subcultural hero in both Thailand and Japan. As a fellow foreigner in Tokyo, it pleases me to see all the incredible accomplishments of Ponnimit, who recently put on a solo exhibition at Mori Art Museum’s A/D Gallery and illustrated a fun crossover project with Hello Kitty. Anyway, his book makes for a charming gift. 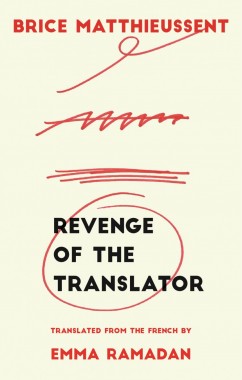 “Les Fleurs du Mal” by Charles Baudelaire. It’s a classic, I read it over and over again. It’s a collection of his poems although some pieces were censored on their release. Even though it was first published in 1857, I think most people these days can easily relate what Mr. Baudelaire was going through. Times have changed but the feelings are the same. The poems mostly deal with spleen, decadence and sensuality. Tokyo life can get so hectic, people are constantly busy, but this book offers a great (and risque) escape from it all.

“The Wristwatch Handbook: A Comprehensive Guide to Mechanical Wristwatches” by Ryan Schmidt. This book combines my love for both fashion and the complexities of timepieces. I think horology is a magical world. Not only are watches beautiful to look at, but there’s always something new to learn, whether you’re an expert or are just getting acquainted with them. Mechanical watches are works of art, and this book showcases it so well with text and images, and a section all about complications. Such a delightful world to dive into. 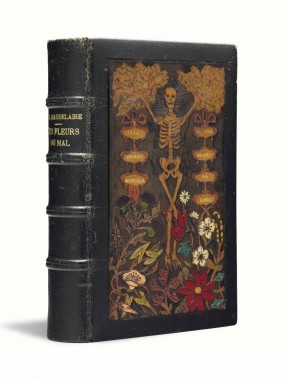 A book on English? Who wants a friggin’ book on a language?

Trust me. You do. Bill Bryson is such an erudite, accomplished writer that he can make any subject interesting. No, make that flat out entertaining. In “The Mother Tongue: English and How It Got That Way” Bryson explores with copious wit, boundless enthusiasm and great insight the language’s astounding history, eccentricities and quirks. There’s a bit on cussing. And even some hilarious examples of Japanese misuse. You’ll never look at – or speak – the language in the same way again. It’s a page-turner!

When people ask me what my favorite movie is, I wonder what they’re talking about. Favorite comedy? Drama? Documentary? Horror? Romantic comedy? Musical? There are just too many movies! But I’ve watched The Commitments (directed by Alan Parker from a novel by Roddy Doyle) seven or eight times and never tire of it. It’s about a young aspiring band manager in Dublin who envisions creating an all-Irish soul band, teaching his musicians to say, “I’m bleck and I’m prood.” Funny, exuberant, energetic, toe-tappin’ and even a life lesson or two. This is simply a great example of why we go to the movies. 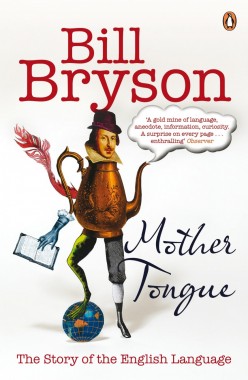 For anyone wanting to learn the basics of Japanese cuisine there is Shizuo Tsuji’s “Japanese Cooking: A Simple Art.” Tsuji was the head of the prestigious Tsuji Culinary Institute. The basics including ingredients, utensils and classic recipes are all included, like the textbook of a culinary school, but written for the home cook with detailed instructions.

“Tokyo Eatrip” is a bilingual book written by chef Yuri Nomura of restaurant Eatrip. It’s an excellent guide to her favorite shops and restaurants in Tokyo. The photos give a good idea of the listings and the book is divided by neighborhood.

“Tsukiji Fish Market” by Yoh Morinaga is a great way to remember Tsukiji Market as it was is in this colorful book of finely detailed artwork. Sketches document the activities at Tsukiji Market including the tuna auction, the seafood stalls and areas of the market that were off limits to visitors. The book is in Japanese but even for non-readers the colorful pictures are a nice memory of the historical market. 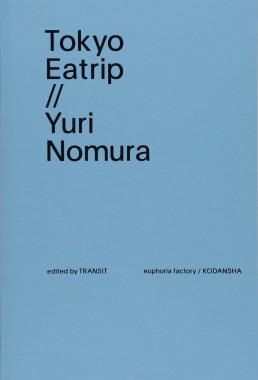 The “Beastie Boys Book” by Michael Diamond (Mike D) and Adam Horovitz (Ad Rock) is not only an incredible first-hand account of the group’s history but also an apt tribute to Adam Yauch (MCA); whose untimely and tragic death in 2012 put the group on a permanent hiatus.  Throughout this 600-page bible of all things Beastie, Diamond and Horovitz not only describe how the band morphed from playing in the early 80s New York hardcore scene to becoming multi-platinum hip hop superstars in immense detail but also give insight as to what was happening musically and culturally in the periphery during their journey. Filled with anecdotes, mixtape tracklists, stories and photos, the humor, knowledge, insight and love put into this work is palpable from the first to last page.

“The Tao of Wu” delves deep into the The RZA’s storied past as he offers up harrowing tales of robberies gone wrong and musical endeavors gone right, relayed with an insightful perspective into life lessons that might be familiar to those who’ve studied the lyric sheets of The Wu-Tang Clan’s classic albums. Filtered through a Panavision™ world view encompassing the teachings of Islam, Buddhism, Christianity and Taoism to transmit modern parables in such a way that only The RZA could, “The Tao of Wu” is partly a self-help book, biography and most definitely not worth passing up. 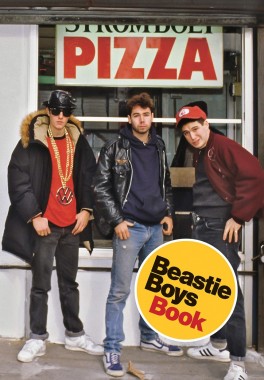