Camping on Top of the World

Those looking for a taste of the outdoors but not particularly interested in carrying lots of gear need look no further than Japanese yamagoya and sansō. Translated as “mountain huts” or “inns,” these are lodges often set on peaks or in passes near the peak on mountain trails. In a country long traversed on foot and with an interior full of mountains, the huts were a natural development. Anywhere from a few hours to a few days in from a trailhead, these lodges offer the hiker’s equivalent to a five-star hotel: comfortable and clean toilets, futons and pillows, and at least two hearty meals in good company.

Here are a few of our favorites to entice you up and away! 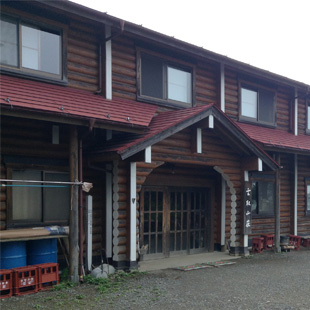 Set just 200 meters below the summit of its namesake; Kumotori Sansō, Tokyo’s highest peak at 2,017 meters, is a sprawling two-story wooden building that is a hiker’s haven. Founded in 1924, the hut straddles Saitama and Yamanashi Prefectures along with the great metropolis. Shintaro Arai, manager since 1960, and his son Koichi welcome hikers, and with gentle encouragement share tales of the mountain’s seasons and past hiking adventures. The 200-bed sansō was remodeled in 1999, but retains a rustic feel. Natural wood breathes warmth and ease as hikes doze on their futons in tatami-floored rooms or munch on piping hot meals in the dining hall. Outside are picnic tables where a cold beverage can be enjoyed or for simply taking in the sunrise.

Located roughly six hours up from Yabetsu Toge (pass) in Kanagawa’s Tanzawa Range is Sanbutsu Sansō. A bit worn around the edges from the weather that sweeps over the bald mountaintop that Sanbutsu Sansō rests on, the sansō is perfect as a first stop before heading deeper into the mountains or for a single-night stay. Dinner is all homemade—curry rice with tsukemono (Japanese pickles), miso soup, a small salad, and sliced fruit for dessert—as is the oden breakfast. The staff hauls up all supplies, which is admirable, given that some of the trails require chains and ropes to navigate. Views of Mount Fuji and the valleys in between to the west are nothing short of spectacular, and as night falls, it’s a pleasure to watch the lights flicker over the populated plain to the east. And there’s a hut cat who, free of charge, will sit on your lap for as long as you wish. Purrfect. 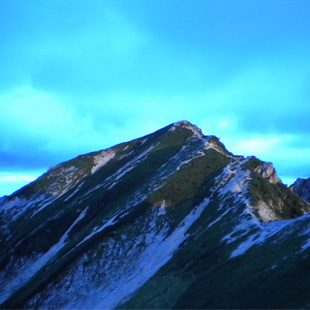 Set on the shoulder of Mount Yari in Japan’s Northern Alps, Yarigatake Sansō is a popular destination for hikers exploring some of the country’s most breathtaking trails. From here, hikers can venture along the ridges for spectacular views or continue on to other huts for multi-day treks. Open only a little more than six months out of the year, visitors can still get a taste of the four seasons here with snow in April, baby grouses and alpine flowers in July, vivid color in September, and with snow once again in October. Yarigatake sleeps 650 people during peak season, although it’s worth noting that hikers are never turned away. Belly-filling meals are served in a cozy dining room at long wooden tables, and the cushy futon beds are just right for trail-weary bones.