An authentic French dining experience, right down to the roots

In Japan, September brings more than just the turn of the season. For hundreds of French restaurants throughout Tokyo, September serves as a reminder that it’s time to sharpen utensils (and don the ubiquitous blue and white aprons) in preparation for what will be the ninth year of Diners Club France Restaurant Week (running from September 20 — October 6). With the gathering of Japan’s finest French cuisine chefs and with all the culinary goodness that is sure to ensue during the nation’s largest annual French food fiesta, there’s plenty more than food to be celebrated.

Ahead of the event week, we visited Chez Olivier, one of some 700 establishments participating in the event. The restaurant, located in Chiyoda-ku, is a short walk from Ichigaya Station, easily accessible via either the Namboku or Shinjuku lines. Chez Olivier’s quaint exterior gives way to a sophisticated French provincial interior with taupe walls and a wine display cabinet, all warmly lit with ambient floor lamps, contributing to the tranquil atmosphere the establishment captures effortlessly. This soft mood is further accentuated by the familiar clink of silverware and the wine glasses of other patrons. Among all the impressive internal detailing, an especially striking detail is the tableware. It’s not often we see tableware that not only complements the food but is also an art form in itself. Charcoal saucers and bubble-like bowls were among the few interesting and contemporary designs appearing as though they were acquired from an art museum, adding a polish of the avant-garde to the rustic space.

Albeit far from the cuisine’s homeland, Chez Olivier manages to maintain a strong sense of authenticity. This connection runs deep and starts with head Chef Olivier Oddos’s early childhood experiences. Like many of those well-versed in their craft, Chef Olivier’s love affair with French cuisine was a gradual infatuation starting young. At age nine, Olivier would observe his grandmother, his first and greatest inspiration, create a variety of dishes by hand using ingredients from the garden, forest and local markets. These experiences continue to shape Olivier’s work and permits him to be bolder and more experimental in his culinary explorations. It’s commonplace for chefs to love their work but Chef Olivier is wholeheartedly in love with the craft and it really shows in the attention to detail put into every dish, making the experience and the food all the more authentic and expressive. 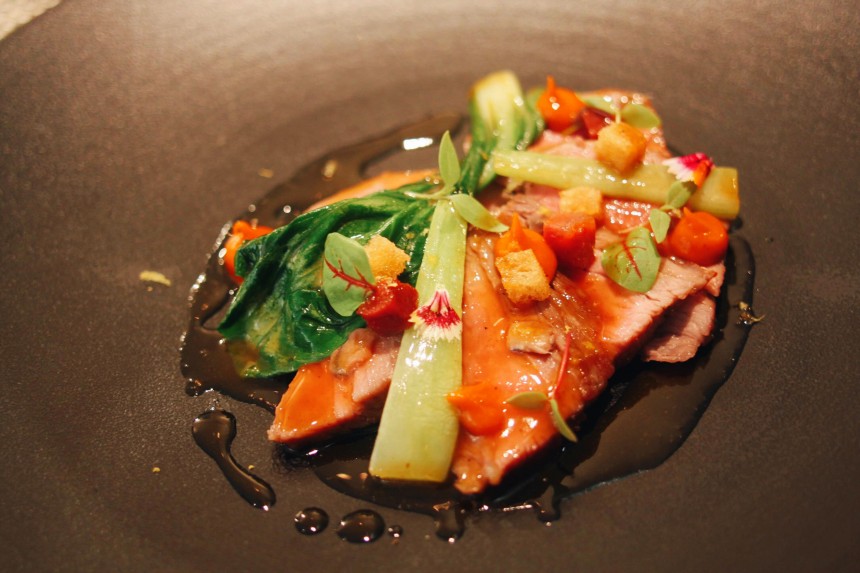 Several qualities set Chez Olivier apart from similar establishments, its approach to food being one. All food is freshly prepared upon order, from pan, plate to palate with very little time in-between. We enjoyed a four-course meal, which featured menu favorites along with dishes exclusively served during France Restaurant Week. There’s a lot of palpable elements to consider, with bold combinations of both flavor and texture featured in each dish. The entrée, available only during the event week, presented the curious pairing of escargot encased in smooth ravioli with pan-fried foie gras, and Japanese mushrooms all coated in a silky yuzu kosho sauce. The combination of all the elements made this dish a palatable delight. Next, the ainame fish from Hokkaido was follow-up. The melt-in-your-mouth flesh of the fish was complemented by the aerated vegetable broth and anise drizzled across the dish. Pan-fried Spanish Iberico pluma pork followed. The tender meat was garnished with Basque chorizo, piquillos peppers, anchovy and chingensai leaf, a pleasant finish to the main course. The dessert combined glazed cherry, Italian pistachios, rice pudding and mascarpone cream blended with the chocolate roll filled with cherry jus proved to be every bit as impressive as the main courses. 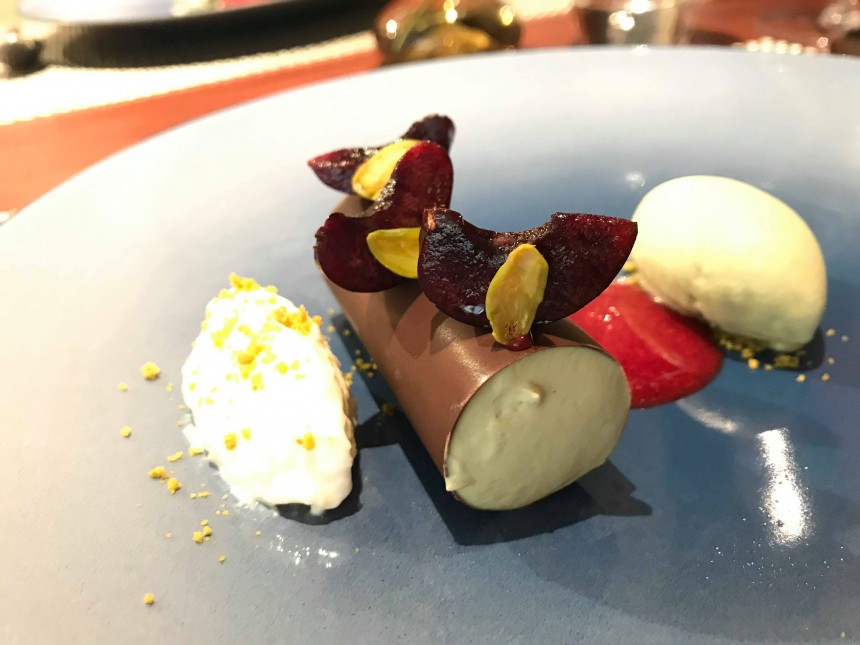 We found the process and incorporation of ingredients from around the world as well as those locally-sourced from within Japan truly remarkable in dishes that were still inherently French, right down to the very roots. With all of these ingredients and processes, we were left wondering whether or not there is a secret to good French cuisine. Chef Olivier certainly believes so. In the chef’s own words, sauce is the lifeblood that links all of the elements together within a dish; and with his own use of sauce being nothing short of brilliant, we dare not disagree. The establishment is built upon the foundation of family and culinary tradition, the very principles France Restaurant Week stands to deliver. Chez Olivier presents fresh and ingredient-rich features to an otherwise historically well-established cuisine and is a jewel among the French food community as a result.