Suiting up for the summer

The heat is rising, and, for the besuited men of Tokyo, that means things are set to become stifling—even as the less stuffy companies begrudgingly allow you to shrug off your jacket. However, a surprising number of men still haven’t twigged that, in addition to suits in light-weight fabrics and mesh linings, which are at the core of your defense, the big players like AOKI are now hawking shoes and bags in summer variants. The footwear offers cooling pads built into the shoe itself, and they have the weight of the actual bag down to 650 grams, so you don’t work up a sweat carrying it. 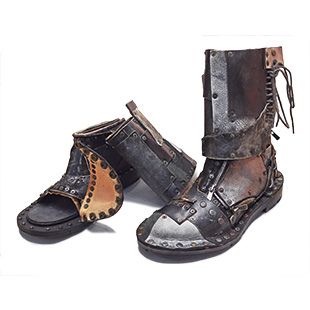 Alternative fashion school Coconogacco, quite literally “school of the moment” in all senses, has taken another progressive step with news that they are opening a course for international and internationally-minded students, taught in English. The faculty reads like an A-list of Tokyo fashion talent. Not only does it feature the academics you’d expect, but also established designers—including Steven Hall, one half of the design team behind In-Process by Hall Ohara, a big draw at Tokyo Fashion Week; and Shueh Jen-Fang, designer of cult label Jenny Fax—all under the direction of Yoshikazu Yamagata, a man whose work with his label WrittenAfterwards has him verging on cultural icon status. Those interested can check the website (www.coconogacco.com) and, who knows, they might be joining course alumni Keisuke Yoshida and Ryota Murakami on the Tokyo Fashion Week schedule in the future.

The course joins the old guard of Bunka, Vantan, and Esmod in offering fashion education in English. It’s a sign that the fashion capital is starting to open up its doors to those who would learn from it—a crucial first step in building the infrastructure needed if Japan wants to draw its fair share from the international talent pool.

Getting your fix of the pop-culture-meets-fashion-mix that has been sweeping the Tokyo underground has, up till now, been an exercise in negotiating hashtags, erratic opening times, and shops without signs. Case in point: the newly opened “Zzz… Tokyo/Bedroom,” a cute-to-the-point-of-intimidation affair that opened last month in Koenji, packed with manga and Card Captor Sakura anime-inspired fashion jostling for position on the pastel-crammed racks.

While that scene is all well and good for those who want their comfort zones compromised, there are now a number of emerging, altogether more accessible options. Not least of these is Zigg, who may have started as a grassroots undertaking selling their pop-culture printed designs on the events and expo scene back in 2013, but are now a real force to be reckoned with, even selling in Harajuku fast-fashion hub Spinns, as well as online (http://zigg.thebase.in). The prices and ease of access might be on the mainstream side, but the fashion itself is anything but, with authoritative avant-garde fashion produced in collaboration with big-hitters like Balmung joining the t-shirts at around the ¥5,000 mark. 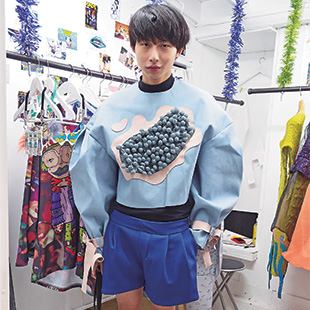 Gwen Stefani’s now mercifully-derided song may continue to fool those on a fashion safari to hunt for “Harajuku girls” but, while it may be true that Harajuku is where you find the kids dipping their toes into the scene, the veterans with years of experience under their well-selected belts are, more often than not, long-departed to other, edgier pastures.

Today’s ascending avant garde star was found, like many of this writer’s finds, in Koenji, a bohemian borough in west Tokyo that really ought to be on your radar by now.