There are many artists involved in the upcoming Art Fair Tokyo 2019. Dan Isomura, however, is one of the scheduled artists that stands out from the crowd. Isomura is a young contemporary artist who has been exploring various social issues through his research and artwork. He received the Gold Award in the annual Genron Chaos*Lounge New Art School exhibition in 2017, (judged by Makoto Aida, Kousai Hori, Kouichi Watari, Teiya Iwabuchi, Hiroki Azuma and Youhei Kurose). He has also spent significant time studying the arts of other nations, including Taiwan and Thailand. His current focus is crossing national borders with his artwork reflecting his take on these kinds of issues. Metropolis spoke to Isomura about his work, Art Fair Tokyo and his experiences in various artistic environments. 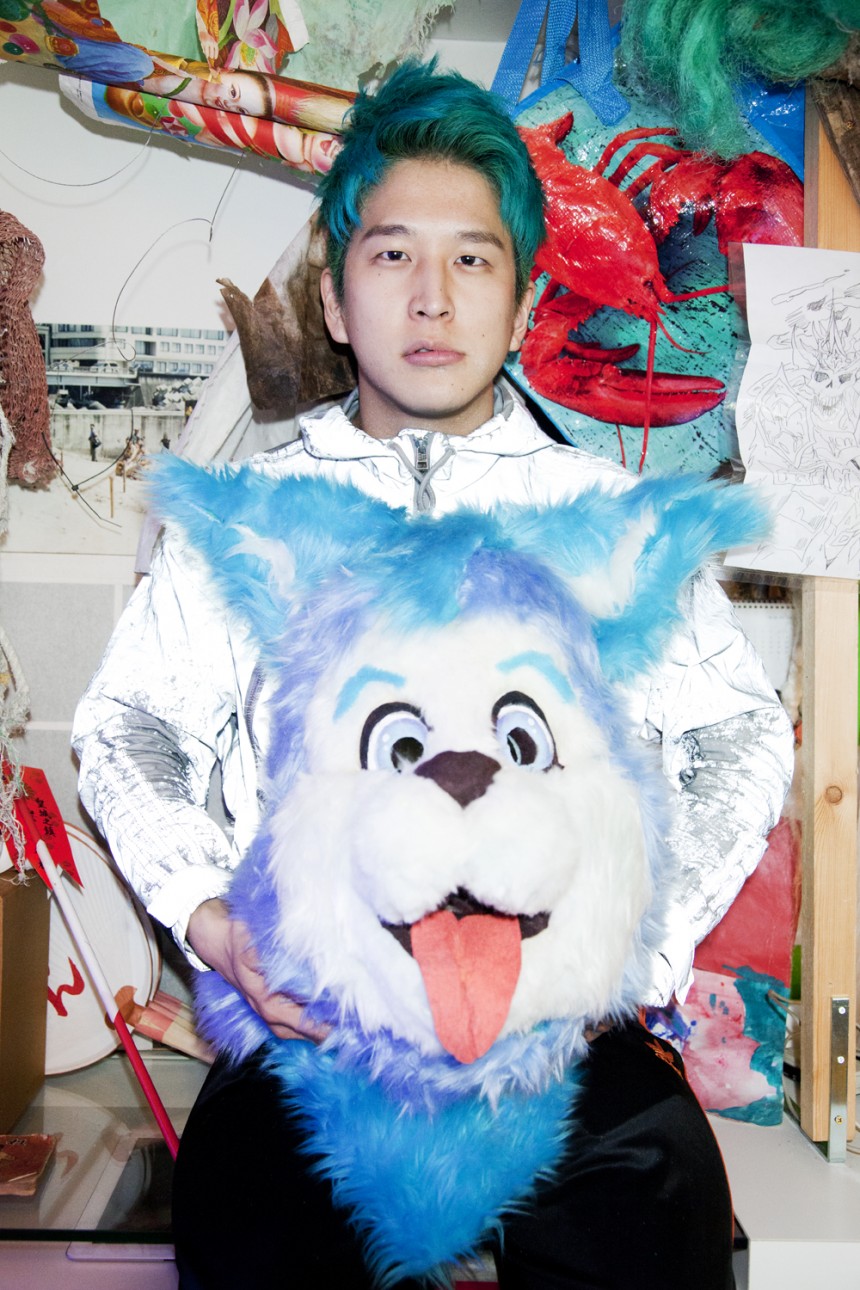 Metropolis: Please tell us about the theme of your work for Art Fair Tokyo.

Dan Isomura: I’m planning to exhibit a sculpture and a picture for this art fair. I have been creating sculptures of suffering “ghosts of hell” throughout the last few years, and I will be sculpting one for this exhibition as well. These sculptures were inspired by contemporary Buddhist artworks, mostly seen in Thailand. I only use the term “hell” ironically, and I aim to evoke a sense of incongruity due to conflicting morals of different time periods and different countries, through my work; I hope that this can allow people to view human beings and societies without a fixed mindset. 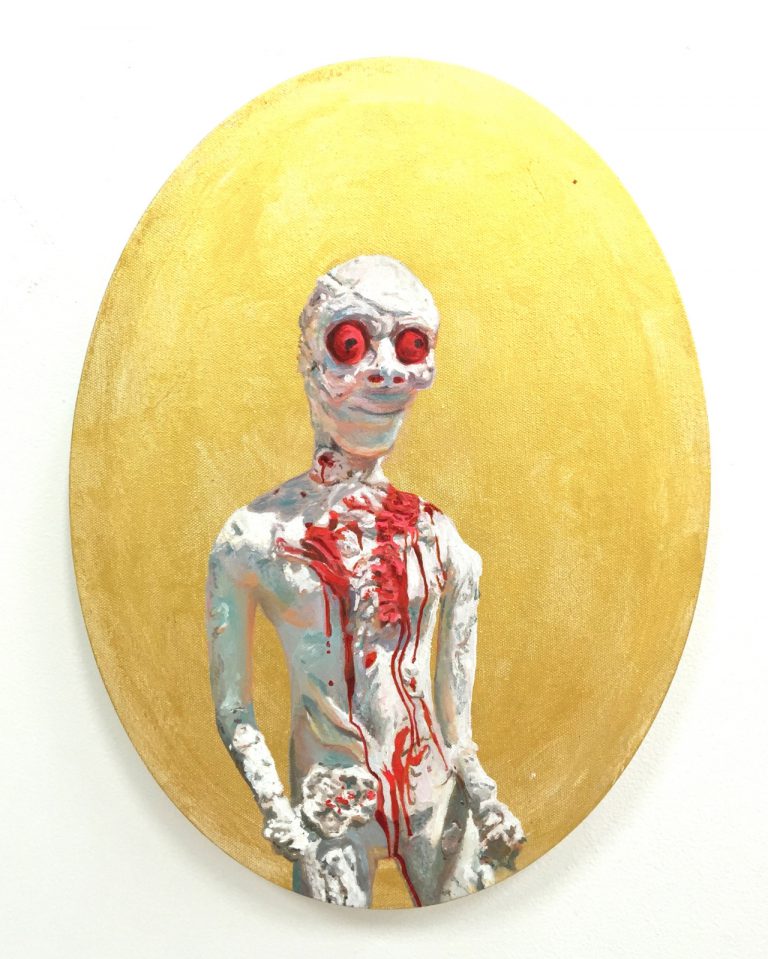 M: You are known for your versatility. Why did you select a picture for this exhibit?

DI: I got the idea from a story related to molecular physics, called “Cleopatra’s wine.” For this picture, I will create a machine on the wall that will circulate liquid. The picture will be completed gradually as stains and small particles accumulate on the support base. I guess you could say that the theme of this work is to see humanity in a molecular level — and within the cosmic time scale. 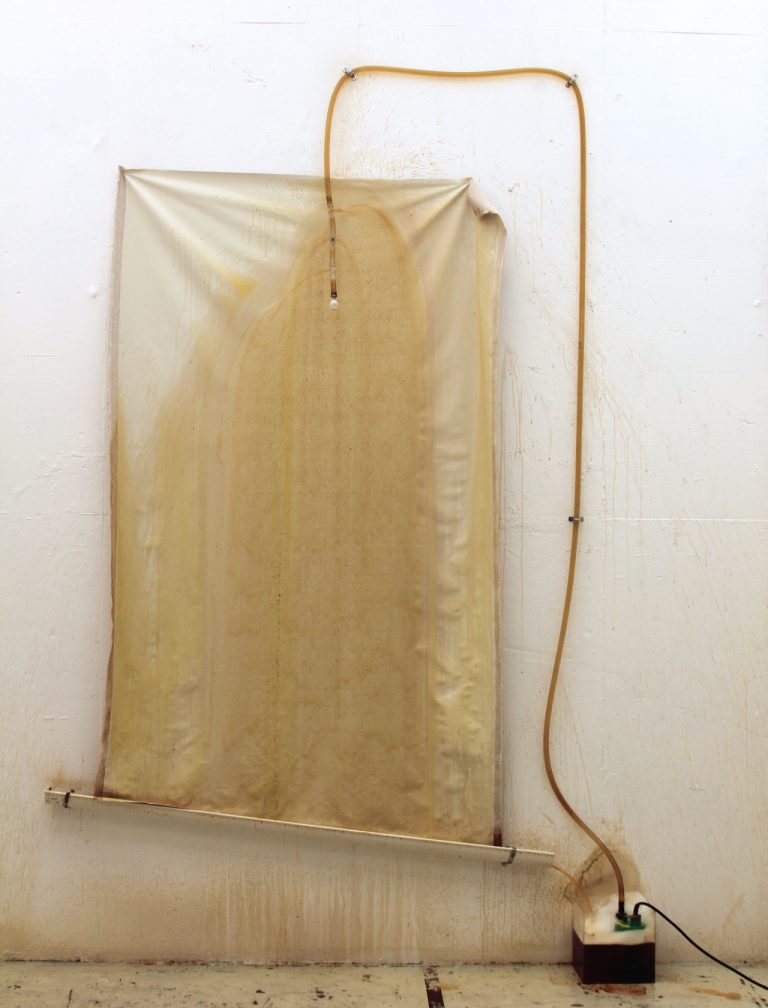 M: You’ve traveled around Asia and carried out incredible projects in your career. Would you say there is a difference between Taiwan, Thailand and Japan in regards to art?

DI: There were many differences between the three countries. Compared to the other two countries, Taiwan seemed to have a stronger connection between art and politics. I felt that this is because many Taiwanese people feel the need to shape their own society, due to their historical background. Because of this, many people in Taiwan showed greater response to the political aspects of my works.

Thailand, compared to the other two, seemed to have a stronger connection between art and Buddhism. Thailand also seemed to have a more distinct difference between academic and non-academic art. If you go to the Museum of Contemporary Art Bangkok (MOCA Bangkok), you can see academic contemporary Buddhist artworks. You can also see Buddhist artworks that modernized in a different way if you go to the streets and temples.

Neither of these aspects are commonly seen in Japan, but I can see some interesting connections between Japan and the two other countries. Taiwan had been ruled by Japan for 50 years, and Japan currently has more Buddhists than Thailand. As they are both related to Japan, I consider these differences as essential aspects when thinking about Japanese art.

M: How are you feeling about the upcoming Art Fair Tokyo?

DI: I am very excited about this. This is the first time that I will be displaying my works in an art fair, and I look forward to presenting my works with my current artistic sense, which I believe is better than it ever was.