Jad Fair: In 1974, with his brother David, Jad Fair co-founded the lo-fi alternative rock group Half Japanese. Over the ensuing four decades, Half Japanese released over 30 records, and in the process, attracted a solid base of fans passionate about the band’s pure, unbridled enthusiasm for rock and roll. Jad also performs and records as a solo artist, and occasionally collaborates with such musicians as Danielson, Daniel Johnston, Teenage Fanclub, Moe Tucker (of Velvet Underground), Yo La Tengo, Steve Shelly and Thurston Moore (of Sonic Youth), John Zorn, Kramer, and more.

Jad’s talent for album cover design (he designed many of Half Japanese’s and all of his own solo album covers) led Jad to a second career as visual artist. His simple, joyous drawings and intricate complex paper cuttings are shown in galleries around the world. Books of his artwork have been published in the U.S., UK, Germany, France, The Netherlands, Portugal and Japan.

Sachie Kashima: Born in Saitama in 1979. Graduated from Musashino Art University, painting in 2002. She has exhibited her works at group shows and a solo-show since 2005. Her debut exhibition at Hiromart Gallery was a 2 artist show with Yuka Goto entitled Freedom held in 2014, then her works featured at her solo-shows; The Shapes in 2015, Tankaholic in 2017, Hidden story of the house next door in 2018, Wish List in 2021, and other group shows.

Zdravko Toic: He moved to the United States from former Yugoslavia (now Croatia) as an adolescent and spent a large part of his formative years in New York City. His artistic career began studying abstract expressionism with Pat Passlof and Milton Resnick (studio study). He continued his education at American University where he met art critic and art historian Barbara Rose and developed a lifetime friendship. He has exhibited nationally and internationally that included five shows at Hiromart Gallery, Tokyo, Japan. He had two exhibitions at Space Debris Gallery in Turkey, preface written by Osman Can Yerebaka. His selected exhibitions included a group show at the Spring Break Art Show, art fair in New York City, titled “reConstruction” curated by Yulia

Winter Show will be on view at Hiromart Gallery from November 9 through December 18, 2022, and open 1-7 pm, closed Mondays, Tuesdays and National Holiday Nov. 23. 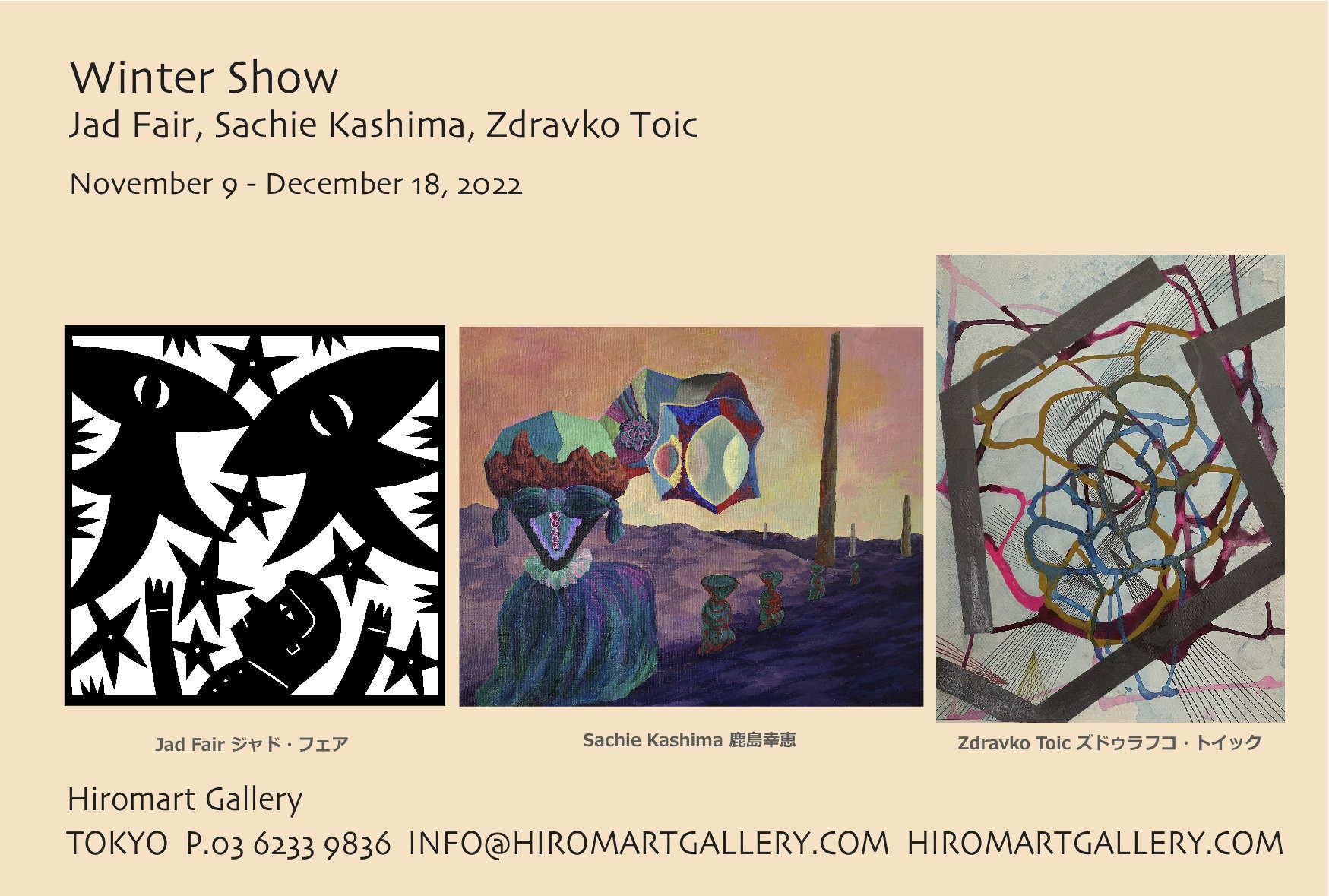