A retrospective on Yoko Ono’s career

Yoko Ono will always be famous for marrying John Lennon and being the woman who reputedly “broke up The Beatles.” But following the murder of her husband in New York in 1980, she has managed to establish her own clear identity as an artist, and this reputation is now increasingly bringing her earlier, pre-John art to prominence.

The exhibition “Yoko Ono: From My Window” at the Museum of Contemporary Art Tokyo is a reflection of this. It’s a major retrospective looking at highlights from her entire career. 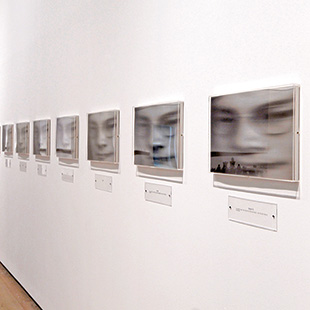 To those in the know, Ono was never just a mere hanger-on to her husband’s musical and countercultural genius, but actually an important influence. Some of the avant-garde ideas that influenced Lennon, such as Arthur Janov’s The Primal Scream, were an obvious influence on both John and Yoko’s music, as were Ono’s own instruction paintings—see the song “Imagine.” And indeed, the press day at the museum included a short performance by the 82-year-old Ono, in which she sung in her unearthly shamanistic way.

As someone at the forefront of the 1960s cultural and social revolution, much of her art is infused with an anti-traditional, anti-conservative message: she supports gay marriage, gun control, pacifism, etc. But the messages in her art are usually subtle and seldom overload the work, which shows a certain expertise and finesse.

One comparatively recent series of works called A Hole (2009) are simply panes of glass through which she has shot bullets. Viewed purely as art objects, they have a certain edgy aesthetic charm, as well as each one being unique in the same way that each snowflake is unique. But add her personal loss to the mix—the shooting of her husband—and they take on a whole new level of poignancy. The title can be read as “asshole”—no doubt Yoko’s view of people who shoot guns. 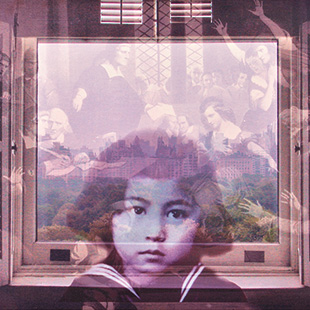 In the museum’s main atrium, simple squares adorn the walls with even simpler instructions: “Remember,” “Touch,” “Reach,” “Feel,” “Dream.” Also in this large space, you can see We’re All Water (Tokyo Version) (2006), a long row of bowls holding water, each with the name of a famous dead person. This is an obvious reference to one of Yoko’s more unlistenable songs with the lyric, “We’re all water from different rivers,” implying that death is the great equalizer.

The names include obvious choices like Miles Davis and Nelson Mandela, but you can also find Yukio Mishima, Joseph Stalin, and Adolf Hitler. Perhaps most shocking of all, among the dead, she has included George Bush and Donald Rumsfeld, implying that she wishes these politicians associated with the war in Iraq were already dead, an interesting step away from the work’s dominant note of universal acceptance.

Some of the video installations are interesting, such as Cut Piece (1964), which records her “performance art,” where visitors to the gallery were invited to cut off her clothes with a pair of scissors in what disturbingly looks like a passive striptease. You can see Yoko even more naked in Fly (1970), a film where she is filmed in close-up as a fly explores her body, giving the viewer the impression of a corpse.

This was all typical avant-garde art back in the day. But with the real avant-garde now migrating to the internet and the various forms of mutating identity found there, this now looks slightly dated. A fascinating piece of 20th-century history!