For GOMA, becoming an artist wasn’t just a career choice but also a statement, a defiance against those who would like to tell him what he is, or is not, capable of achieving. Born in Hirosaki, a rural city in Aomori Prefecture, GOMA taught himself almost everything he knows about his craft and defines himself as a true outsider artist. He never formally trained at a prestigious art institution, and is doubtful towards those who insist that an artist’s only ticket to success lies in moving to the country’s capital. Instead, he purposefully built a career that would distance himself from the powerhouse of Tokyo and its competitive, often elitist art scene, favoring to work within his own community and other inaka (rural areas) across Japan. 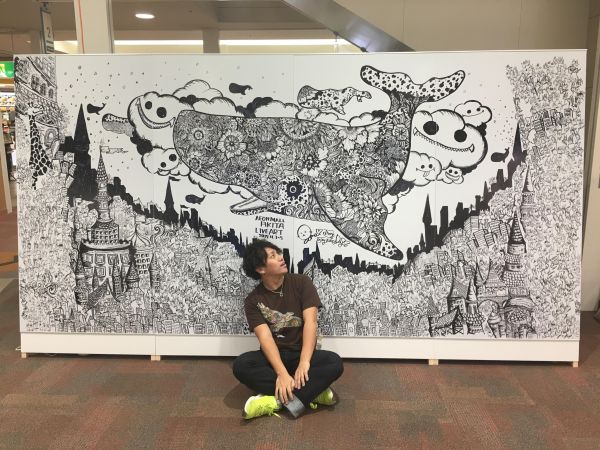 At a live art event in Akita, GOMA featured local spectators as characters in his work

But his experience of marginalization runs much deeper than geographics and academics. Diagnosed with attention deficit hyperactivity disorder (ADHD) when he was in his final year of junior high school, as well as having the learning disability dyslexia and hyperthymesia (a rare condition in which an individual has an exceptional autobiographical memory), GOMA was often bullied by his peers, misunderstood by his teachers and spent years grappling with the task of self-acceptance.

“My role is to dissolve boundaries between majorities and minorities,” GOMA says in an interview with Metropolis. 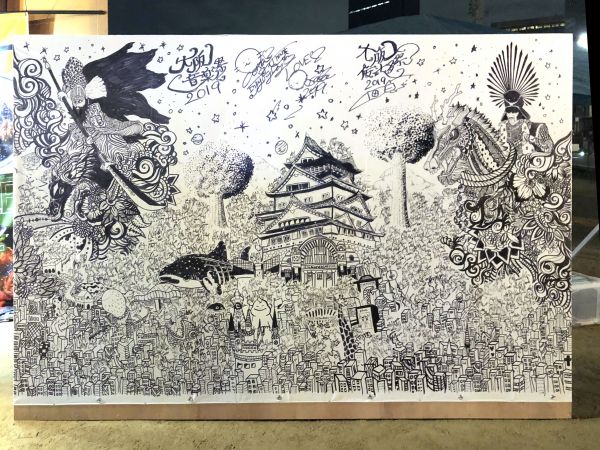 “I often find that people with ADHD, or any kind of difference, can feel separate from whoever we consider the ‘majority.’ I’m not anything special but my artwork brings people together. When people see my art, we’re all equal.”

TAKE, FOR INSTANCE, GOMA’S PROJECT at Inakadate Station, in Minamitsugaru District, Aomori. The artist spent over a week painstakingly illustrating every inch of the train station’s interior with his trademark tool — a hyakuen (100 yen) shop black marker — creating an intricate new world inside the mundane. Local students delighted at the fantastical characters woven throughout the floor-to-ceiling designs and adults flocked, both in person, and on social media (where the project soon went viral), to admire the station’s unconventional look. “More than half of the people who came to the art station were ojiichan and obaachan (pensioners),” he explains, “who I’ve found often dislike this kind of street art, almost graffiti-like, style. But my art brought us all together.”

As an artist with ADHD, dyslexia and hyperthymesia, GOMA also has another goal. “One time I was invited to do a workshop at a special support school in Akita,” GOMA says. “I confided with the students that I have ADHD and shared my experiences of being bullied because of it. Afterwards, one of the teachers told me that many individuals at schools like theirs faced difficulties after graduating. Finding, and then holding down, a job was hard for some students because they didn’t believe in how much potential they had to build successful careers.”

A study published in 2019 in the journal Neuropsychiatric Disease and Treatment, reported that 16.7% of adults diagnosed with ADHD in Japan were unemployed (the country’s overall unemployment average being just 2.9%).

Dr. Chi-Ching (Gigi) Chuang, a psychologist at Tokyo Mental Health who specializes in ADHD, expands upon this issue. “From studies in the U.S. and Western countries, it has been found that adolescents and young adults with ADHD have lower self-worth, plus higher rates of developing internalizing concerns (anxiety and depression), compared to their peers,” Dr. Chuang explains.

“These, plus the functional impairment caused by ADHD, will lead to some issues like difficulties finding a job and maintaining personal relationships.” After his initial workshop in Akita, GOMA made his ADHD fully, unashamedly public and began volunteering his time to host art workshops at schools across Japan. “I thought, if my story can show young people with ADHD — or anyone who is struggling at school — that there are various career paths you can choose; that you can nurture your passions and skills like I did, then I might be able to help them enjoy their own lives — just as I do now as a full-time, professional artist.” Even his choice of hyakuen shop pens relates to this purpose. “If I use professional, quality tools, then the kids I’m trying to inspire wouldn’t be able to afford them and couldn’t follow me.” 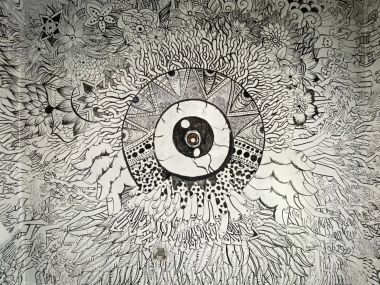 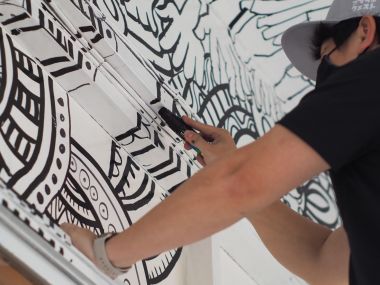 FOR GOMA, THEN, ART FUNCTIONS BEYOND the walls of galleries, the private collections of the elite and musings of critics. In addition to these workshops, his art is often rooted in revitalization projects in rural areas of Japan or in community spaces. Recently, he collaborated with Asamushi Aquarium and frequently attends live art events across Japan’s northern prefectures. “Tourism is one of the key industries keeping these rural places afloat as residents move to the bigger cities to find work or chase their dreams,” he explains. “I was born and raised in Aomori and want to help my home and its people through my art.”