There’s a reason why Hayao Miyazaki is known as the “never-ending man.” The 79-year-old animator and Studio Ghibli co-founder formally retired in 2013, only to return to the drawing board for 2014’s The Wind Rises and, in 2016, announce his upcoming film How Do You Live? 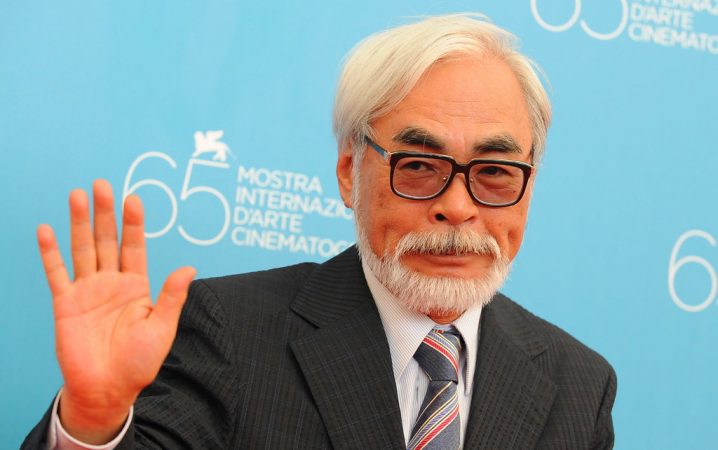 Studio Ghibli co-founder Hayao Miyazaki is currently working on a new film, How Do You Live?

His name wasn’t always synonymous with the world-renowned animation studio, however. In fact, Miyazaki was relatively unknown outside of Japan until Miramax Films released Princess Mononoke in 1997. One of the chief agents in propelling Ghibli into global awareness was Steve Alpert, former head of the studio’s international division and author of the newly published memoir “Sharing a House with the Never-Ending Man.” The book contains, among several culture-clash episodes of business dealings and glitzy award ceremonies, an inside look at what it was like to eat, breath and work alongside one of the world’s most celebrated animators.

Here are five surprising facts we learned about Hayao Miyazaki:

1. Contrary to popular belief, Miyazaki does not hate traveling abroad.

Some of the architecture in Howl’s Moving Castle was inspired by Miyazaki’s trip to France.

“I would often read in a newspaper or magazine article that Hayao Miyazaki hated to travel abroad,” begins Alpert in a chapter titled “Culture Wars.” Miyazaki himself rejects the notion, although he admittedly hates the idea of traveling solely for work. The only reason he agreed to attend the Berlin Film Festival in 1998 was because he was a fan of Austrian architect Friedensreich Hundertwasser and wanted to see his buildings in person. Going abroad was also a source of inspiration for Miyazaki, who reproduced several historical buildings from the French town of Colmar in the background of 2014’s Howl’s Moving Castle.

Miyazaki and Pixar go a long away back.

It’s no secret that Miyazaki was tight with Pixar’s former chief creative officer John Lasseter (who resigned in 2018 following sexual harassment complaints). Their friendship dates back to the early 80s, when Miyazaki and other Japanese animators spent several months in LA exchanging techniques with America’s top animators. When Lasseter visited Ghibli during the production of My Neighbor Totoro, he discovered that Miyazaki threw away storyboards from scenes that didn’t make the final cut. So, Lasseter fished them out from the wastebasket and framed them in his Pixar office.

3. Miyazaki had no idea how his films would end.

Miyazaki’s production process followed, for the most part, a strict schedule which began with the studio’s announcement of a new film and ended, two years later, with a nationwide release in summer (when kids were out of school). Production would slow to a crawl, however, because nobody, including Miyazaki, knew how a film would end until the absolute last second.

“A sense of impending crisis would seep into the studio. Miyazaki would stop writing and spend his time doing things unrelated to the film,” Alpert writes. “He’d chop wood for his studio’s Vermont cast-iron stove. Someone would report this to Suzuki, who would go over and try to get him to stop chopping wood and get back to work. … And then, a breakthrough.” (Toshio Suzuki is the co-founder of Studio Ghibli and Miyazaki’s longtime colleague.)

Spirited Away is the second highest-grossing animated film in the world.

Miyazaki hardly accepts awards in person. When Spirited Away won an Oscar for Best Animated Feature in 2003, Miyazaki refused to attend the ceremony in Hollywood and sent Alpert to receive the award on his behalf. He later told the LA Times that he “didn’t want to visit a country that was bombing Iraq.” Politics aside, Miyazaki doesn’t like to be praised, especially in public.

Another mouthwatering Ghibli meal from When Marnie Was There.

Miyazaki wasn’t a heavy drinker, nor was he a wine connoisseur by any standard. It’s pretty shocking then, that during a trip to New York, Miyazaki sent his glass back when a server mistakenly brought him a younger vintage, rather than the 40-year-old port wine he ordered. Minutes later, the restaurant owner emerged full of apology, explaining that a waiter had in fact mixed up the bottles. That Miyazaki was able to discern the two, despite almost never eating out or drinking in restaurants, remains a mystery.

To learn more about Studio Ghibli and Steve Alpert’s new book, check out our interview with the author here.