Sounds Beyond the Bedroom

It started with heartbreak, an ACL injury that left him bedridden for weeks and a crashed Mac computer. All of which catalyzed an existential crisis for 17-year old Brendan Rice, at the time an artistically suppressed high schooler living in the rural town of Warwick, New York. Despite the lonely events surrounding Rice’s creative and, in some ways, spiritual awakening, it was during this time that Gus Dapperton was born.

Confident, quirky and fashionably inclined, Rice’s altar ego was, in many ways, everything the sheltered teen was not. A bedroom pop prodigy, Dapperton inched his way to fame with spontaneously named singles like “I’m Just Snacking” and “Prune, You Talk Funny,” before embarking on two EPs and releasing his debut album, Where Polly People Go To Read, this April. Combining DIY aesthetics with sometimes woozy, sometimes aggressively raw vocals and carefully crafted lyrics, Dapperton’s songs are as much an ode to love as they are to lovesickness.

Metropolis caught up with the 22-year-old songwriter/singer/producer to discuss his first-ever gig in Japan, making music for “the good people” and the importance of embracing your inner self. 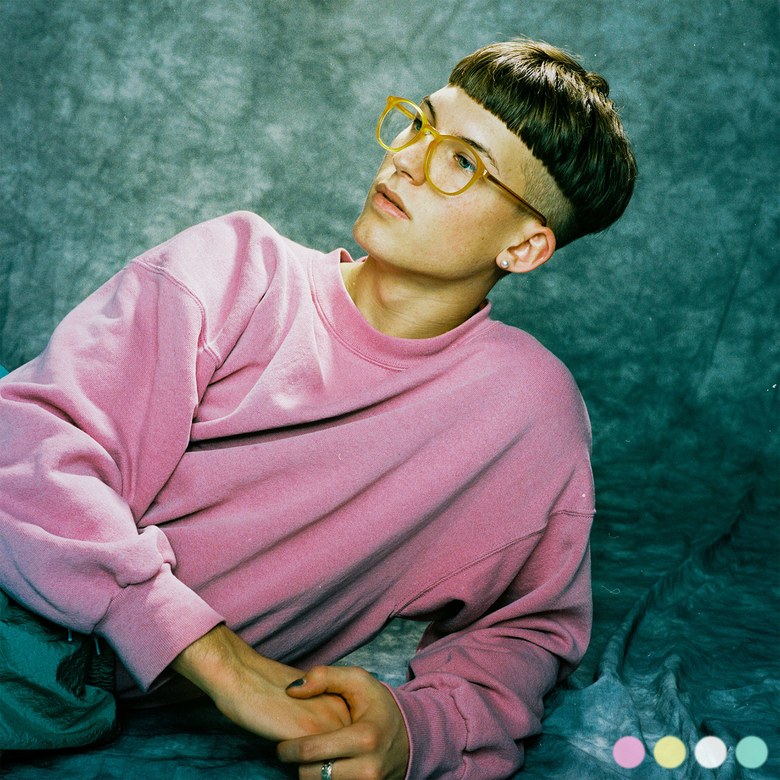 Cover image of the artist’s first EP, Yellow and Such (2017)

Metropolis: Are you excited about performing in Tokyo?

Gus Dapperton: Yes, I’m super excited to come to Tokyo. I’ve never been there before and maybe like everyone I know who’s been there tells me it’s their favorite place on Earth so yeah, I’m really excited.

M: What’s it like performing with a group of musicians, versus being a one-man-show in your bedroom studio?

GD: Performing with a group of musicians is one thing. Performing solo is another thing. Then, performing with your best friends is a whole different thing. Basically, what our setup is like is it’s just my sister and my two best friends from back home, so it’s a bit different than even just hiring musicians to play with me. Although my bandmates are really good musicians, they’re still, when it comes down to it, some of my best friends so it definitely gives me more of an intuition to be energetic and be hyper and kind of just lose control of my senses and put everything into the songs.

M: Your rise to dream-pop stardom was a long time coming. Even before your music video for “I’m Just Snacking” went viral in 2017, you had been making music for years. Why do you think it’s so important for artists today to have a visual component to their work?

M: All of your projects have such playful names. They kind of sound like titles of children’s books, which makes sense considering you’re often inspired by your childhood, musically and aesthetically. Can you tell us about the name of your new album?

GD: The name of my new album is called Where Polly People Go To Read and honestly, quite literally, “polly people” used to be these figments that I would draw and sort of imagine being in a story or children’s book. Nowadays, I relate those figments to the people that believe and support me, and the people that I care about, mostly my friends and family. Where they go to read just means where these people come and congregate to share ideas and come together and love another. So the title basically means that this music is for the good people and they can come here to experience that together.

M: Love, heartbreak and the complexities of romance are frequent themes in your music. Creatively, are you more inspired when you’re in love or when you’re out of love?


M: You’ve described your stage name, Gus Dapperton, as your “true self” — a sort of pure and totally self-assured creative force. What drives you to be so unapologetically you, and what advice do you have for young people who are struggling to break out of their own shells?

GD: I think it’s more that I have chosen to be 100 percent myself. Essentially, whatever I think of and whatever I imagine, I basically put into real life. I don’t really think about it. I try to express everything that comes to mind, good or bad. I think it’s more of a stubborn thing to myself because I’m almost ashamed of my past and the mentality I had growing up in that maybe I was very discouraged from being expressive, not necessarily from outside forces but just in my own head. So I think it’s almost half, like a stubborn thing, that I’m almost ashamed of the fact that I couldn’t do that. And then one day, I decided that I would only do that for the rest of my life — be 100 percent myself, express myself any way I want to without holding back.

It’s hard to just say that and do it, but my biggest advice is just surround yourself with people who support you and believe in you for who you are and things become easier. It might be hard to tell because your friends and family, on paper, are the people who are supposed to support you, but if they weren’t, then, you know, it’s okay to look to other outlets and atmospheres.

M: Lastly, what’s the one thing you want to eat in Tokyo before you leave?