How to Survive the Zombie Invasion in Tokyo

A guide to outlasting the risen dead in the Rising Sun

Halloween is a time when the streets fill with movie monsters, celebrities from the year’s headlines, and inexplicably sultry versions of woodland creatures and fairy tale characters. And, of course, zombies. But imagine that these flesh-hungry hellions weren’t costumes; that the undead were roaming the streets of Roppongi—and not in search of a group with which to dance to “Thriller.” What would you do if Tokyo had fallen victim to a zombie outbreak? 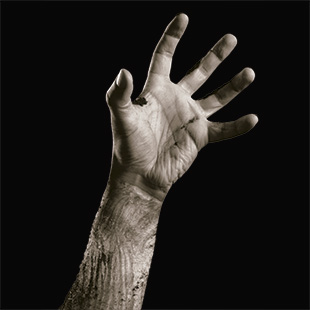 Some zombies just want to lend a hand
(Photo via 123RF)

Your chances of surviving the zombie apocalypse depend on knowing your attackers. Pop culture and folklore portray the undead in a myriad of ways, each genre of zombie equipped with its own characteristics, pros, and cons. For example, George A. Romero’s zombies are slow and not bright, but appear to be able to learn and retain information, while those in 28 Days Later are faster, tireless, and fueled by rage. The World War Z undead can form human (sort of) pyramids and climb walls. Find out what you’re up against.

Temperature and climate are contributing factors to zombie lifespans and mobility. Heat speeds up the putrefaction process in which the body decomposes. Humid heat accelerates the breaking down of the body, while dry heat merely mummifies it, keeping the tissues and muscles intact, thereby likely allowing a zombie to stay active. Those moist Tokyo summers and drab tsuyu seasons could very well be what saves us!

The cold has also been said to slow zombies down—which is good news for our neighbors in the snowy northern regions, should the outbreak happen in winter.

When Jean-Paul Sartre wrote “Hell is other people,” he probably had the zombie invasion somewhere in mind. Needless to say, proximity to others is a major factor in combating zombies and infection; the fewer people there are, the safer the area.

In a presentation given at the March 2015 meeting of the American Physical Society in Texas, Cornell University student Alexander Alemi and his colleagues provided a statistical analysis of a hypothetical zombie outbreak in the U.S., basing their research on epidemics of other communicable diseases. They concluded that the safest place in the country would be hilly regions such as the Northern Rocky Mountains. By contrast, metropolitan areas like New York would crumble within days; less-populated regions between large cities would also be susceptible to an invasion.

Applying this theory to Japan, being in Tokyo—whose population exceeds New York’s by an estimated 4.85 million according to 2014 census reports (although Tokyo has a smaller population density than NYC)—is bad news.

In the event of a zombie outbreak—as with most other disasters—going to where other people flock might spell trouble, as exits and paths are likely to become congested and slow you down or stop you. And if there’s a zombie among them, the rest will soon follow. It’s instinctive to, in a moment of panic, follow whomever makes the first move—but take a deep breath, assess, and find a less-popular route. Here’s where your Golden Week vacation-planning methods kick in.

At the same time, keeping in touch with other survivors could lead you toward safety. Many who’ve been in Japan during a major earthquake know that phone lines are down during disasters. So given that electricity and the Internet are still working—and they should, as shutting them down would be the least of the zombies’ priorities—use social media or messaging apps to contact others. 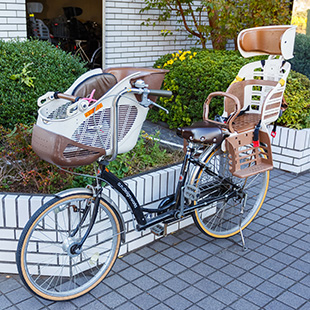 It’s pretty unanimous with every zombie franchise that the only way to get a zombie to stop chasing you is to terminate it—and you’re going to need something to do that with. Firearms have been illegal in Japan for some time—there are just 0.6 guns per 100 residents, according to a 2007 report by the Small Arms Survey—so you might have to get creative with self-defense.

If you’re in Akihabara or Asakusa when the stuff hits the fan, a souvenir store might have some katana swords that’ll keep you protected. In other areas, the nearest Bic Camera or Don Quijote might also have some baseball bats or golf clubs to both help you survive and possibly up your game for when it’s over. If you have the time, you might get a decent enough tool by MacGyvering some common items like a mamachari or materials you find at a nearby construction site. In any case, defending yourself in Japan means your motor skills must be intact.

Japan’s train system is intricate and convenient—but only when the general populace is not after brains. Besides, most major transportation systems would likely shut down shortly after the outbreak. Additionally, areas connected to the most train tracks and subway tunnels mean more zombie accessibility—so avoid those areas. A Tokyoite’s safest bet for survival is to find a decent car in which to drive to the countryside or other sanctuaries.

Japanese folklore does mention the undead, although they differ significantly from Western depictions of zombies in that Japan’s are rooted in spirituality. The closest thing to a zombie in Japanese mythology is the gashadokuro, a type of yokai (“phantom” or “supernatural being”) that is a giant skeletal creature comprising the bones of villagers who die of starvation. A gashadokuro is said to roam the streets after midnight and bite off the heads of victims, and can only be warded off by Shinto charms. Should this type of undead be the cause of an outbreak … well, get home early or have a Shinto charmer on speed dial.

The safest place in Japan to hide out during a zombie outbreak would be as far as possible from other people—ergo, the inaka (countrysides)—or more secure facilities like larger embassies and nearby military bases. But given the unpredictable nature of disasters, it’s hard to plan where you’ll be when the undead strike. In zombified Tokyo, strategy is everything. Here are some of the safest and most perilous places to be within the 23 wards. 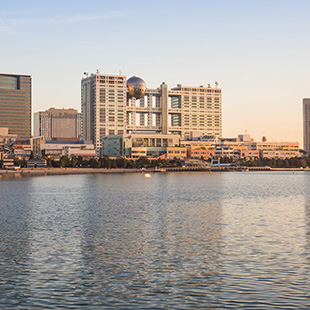 Independent districts in Minato may be dangerous in and of themselves but, given its nearby artificial islands and proximity to docks, this is the ideal place to be. Head toward Odaiba and take the highway passing through Akatsuki Futo-Koen; the Chuobuhatei island on the other side, which houses garbage landfills and the Tokyo Waterfront Recycle Power company, should take zombies at least several days to reach.

In addition to being the least populated among Tokyo’s 23 wards, Chiyoda-ku is also home to the Imperial Palace and plenty of government buildings that one would assume to be highly protected, if you can find an in. The Kanda River also runs through Iidabashi, and there are plenty of canoes by riverside cafés to snag in the area.

It might sound counterintuitive to hide out in a place that ranks as the sixth most populated among Tokyo’s 23 wards. But it’s a strategically favorable location, being closest to the mountain ranges an hour or two’s drive west, and still accessible from other wards. This isn’t a place to wait out the zombie apocalypse, but it’s a great starting point from which to escape. 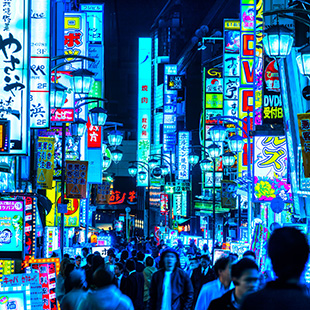 Imagine this, but with zombies
(Photo via 123RF)

It’s hard enough getting through the living in one of the world’s busiest intersections. What more when they’re out for brains? On the plus side, if you find a safe sanctuary here, it’ll be fun documenting all the zombies in cosplay. Your safest bet for survival here is to get away or head to the residential areas. But if you’re stuck in downtown Shibuya Ward, find a secure highrise with a well-hidden stairwell and plan your escape from there.

The same things said of Shibuya apply to Shinjuku, where the districts are condensed and pedestrian traffic goes strong around the clock. However, the only reason Shibuya’s at number one on this list is because of the Kanda River running through Ichigaya (see: Chiyoda above).

It’s not the most-populated district in Tokyo—although it’s home to Ikebukuro, whose traffic levels rival those of Shibuya and Shinjuku. However, Toshima’s primary flaw lies in its distance from escape routes, being gridlocked between other wards. Its neighboring wards at least have access to the rivers or clear paths toward the west or north.