With the 2020 Olympic and Paralympic Games now less than five months away, the “Hurray Hurray Handkerchief” exhibition at Tokyo Midtown aims to raise awareness and support for the games through art and design.

The exhibition is the final part of a three-part art series put on by the Japanese Graphic Design Association (JAGDA). JAGDA has been supporting artists and athletes with disabilities since 2018, using the power of design to connect. Their aim is to raise money and support for disabled athletes with profits going to the Paralympians Association of Japan charity. Part one of the “JAGDA Outreach Exhibition” series took place in 2018 and was centered on masking tape, while part two in 2019 was charity art tumblers.

The idea for handkerchiefs originates from a project in 2011 that supported the aftermath of The Great East Japan Earthquake. The handkerchiefs were thought up as an ideal platform to incorporate 2-D designs, while also being easy to handle and quick to produce in order to raise funds through a “buy one, give one” initiative. JAGDA chose the theme of handkerchiefs because of their versatility of being able to turn into a flag. The handkerchief-flag hybrid can be used to show support for the athletes at the games by simply inserting a stick on one side. 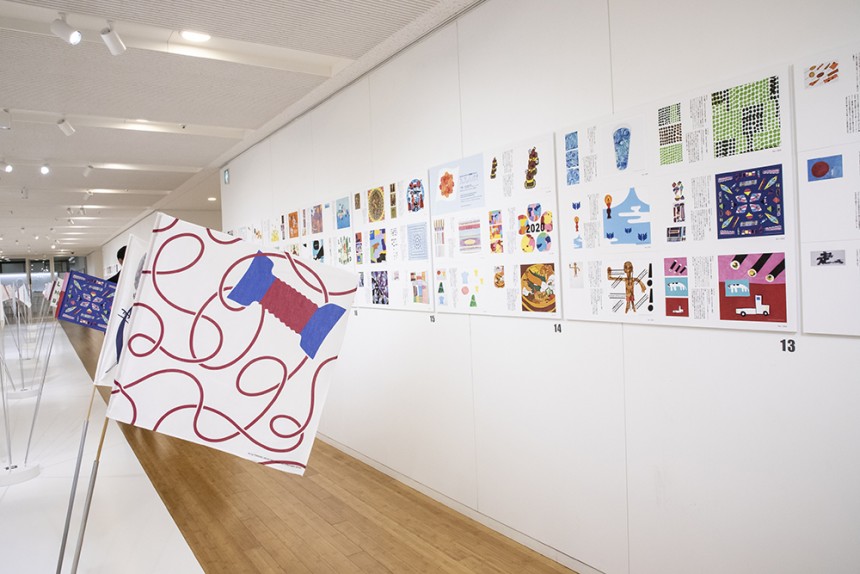 Hurray Hurray Handkerchief is held in partnership with the non-profit organization, Able Art Company (AAC), which has partnered up with JAGDA for many art fundraising initiatives in the past. AAC creates an environment where people with disabilities can make a living through art. Designers select chosen works from the AAC library and all the artworks have to be approved, making sure they are high quality works.

Chika Kudo, who works at JAGDA and helped organize the ongoing exhibition, says that what makes this exhibition so special for the artists involved is the opportunity for them to raise money for athletes in need. It’s a nice change for the artists and their families, as the artists are usually the ones getting support from others at such fundraisers. 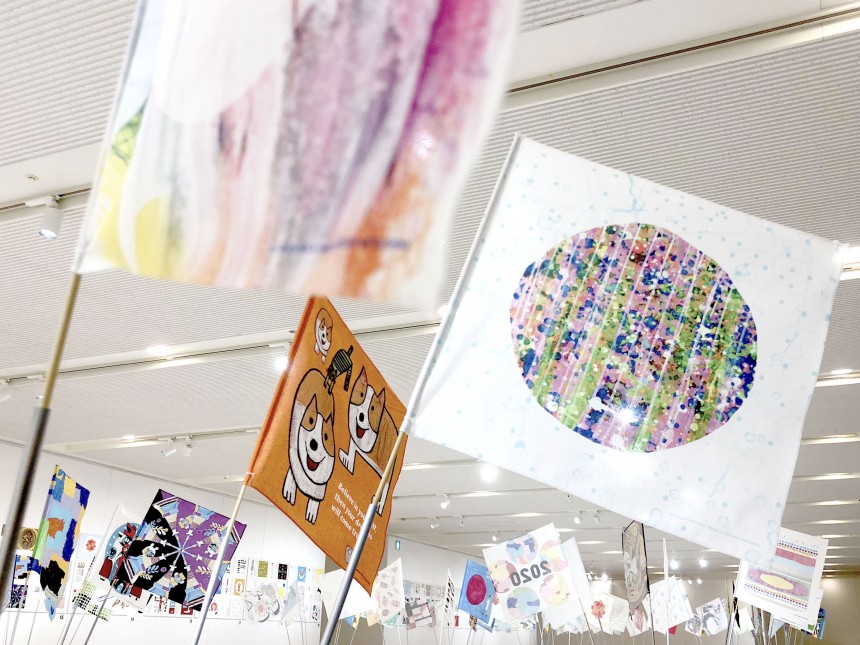 The brightly colored, boldly patterned handkerchiefs will first be displayed in Tokyo then travel across Japan with sales going to the Paralympians Association of Japan charity. If you’re in the area, it’s worth going to see it for yourself and support a good cause. Each handkerchief is priced at a reasonable ¥1,500 per piece, making them great souvenirs or presents. The exhibit lasts until February 18.