Undoubtedly a part result of Stormzy and Skepta’s well-publicized recent visits to Tokyo, the terms “Japan” and “grime” have been mentioned in the same breath much more frequently in recent years. And at the forefront of all the current attention that Japanese grime music has been collecting is MC Pakin. Metropolis sat down with Pakin to get his take of this recent music phenomenon.

Pakin traces his love of urban music back to his days in junior high school. “Back then, Eminem’s 8 Mile had just been released, and everyone was raving about it. I bought the soundtrack at a local CD shop on a whim, and that was my gateway to rap music,” says Pakin. 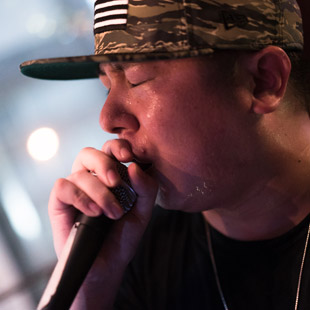 A year later, grime architect Dizzee Rascal released his critically acclaimed Boy in da Corner, and Pakin’s perception of rap music changed. “The energy of grime was incomparable to the hip-hop I’d been listening to up until then. As soon as I heard it, I knew it was the format I’d been looking for.”

Pakin is, in his own words, one in the second generation of Japanese grime MCs. “The first generation—people like Taquilacci, Dekishi, 140, and Duff—were doing grime long before me. They’re the stalwarts of Japanese grime. Without them, a scene wouldn’t even exist in Japan.”

Taquilacci, the so-called pioneer of Japanese grime music, appeared on Grime Report TV back in 2011, and was the first Japanese grime artist to film a music video in the U.K.

Pakin is now riding the latest wave of Japanese grime to reach the U.K. shores.

Hailing from Fukushima, Pakin credits his recent increase in popularity to the numerous connections he’s made with foreign DJs and producers, starting with his friend, DJ Frankly $ick. “He was the one who introduced me to Darx of Dark Elements which lead to my own appearance on GrimeReportTV,” states Pakin. “That’s where it all started.”

Dark Elements are a grime collective from Birmingham in the U.K., comprising some big grime-scene players—Devilman, for one—and Pakin linked up with the Elements’ producer Darx for his track, “Anxiety.” 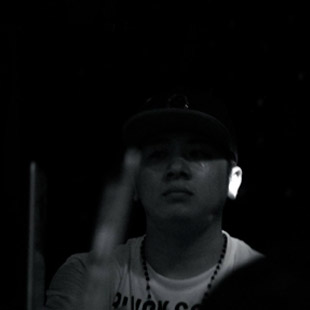 The music video, for which Pakin called in his grime peers, was filmed in Shibuya, Shimokitazawa, and Akihabara. “As much as I’ve been inspired by English grime music videos, what I really wanted to capture was the shoddy, dingy main streets of Tokyo,” Pakin explains.
“I wanted people to see a different side to Japan besides the stereotypical bright, noisy neon lights. If you walk down a side alley, you’re almost always met with a dark, eerie silence. That contrast was important for me to capture.”

Social media has played a huge part in bringing grime music to its current status and “Anxiety,” recently published on Grime Report TV’s YouTube channel, has notched up a respectable amount of views. Calls for more collaborations with U.K. artists fill the comments section, while others comment favorably on Pakin’s energy and passion.

“Even though people don’t understand what we’re rapping about, it’s nice to hear compliments about our style and flow,” Pakin comments.

And with friends in high places, and a second visit to the U.K. on the cards, big things are on the horizon for the Japanese grime scene and for Pakin.