There’s nothing like the camaraderie forged over an after-work pint, particularly if the options on tap are as diverse and exciting as the capital itself. Home to Tokyo Station and the Imperial Palace, Chiyoda-ku may be a political and economic powerhouse, but it’s Kanda’s burgeoning craft beer scene that’s putting this neighborhood on the map today.

Mike Grant, Jason Koehler and John Chambers opened their first bar in Kanda in 2011, on the off chance that their obsession with America’s craft beer movement could thrive in Tokyo’s bustling business district. A decade later, DevilCraft’s experimental pints and Chicago-style deep dish pizza have become hallmarks of the local community, redefining Japan’s greater jibiru (local beer) culture for good. Grant, a former homebrewing fanatic, shares his thoughts on why this was the go-to hood for his enterprise. 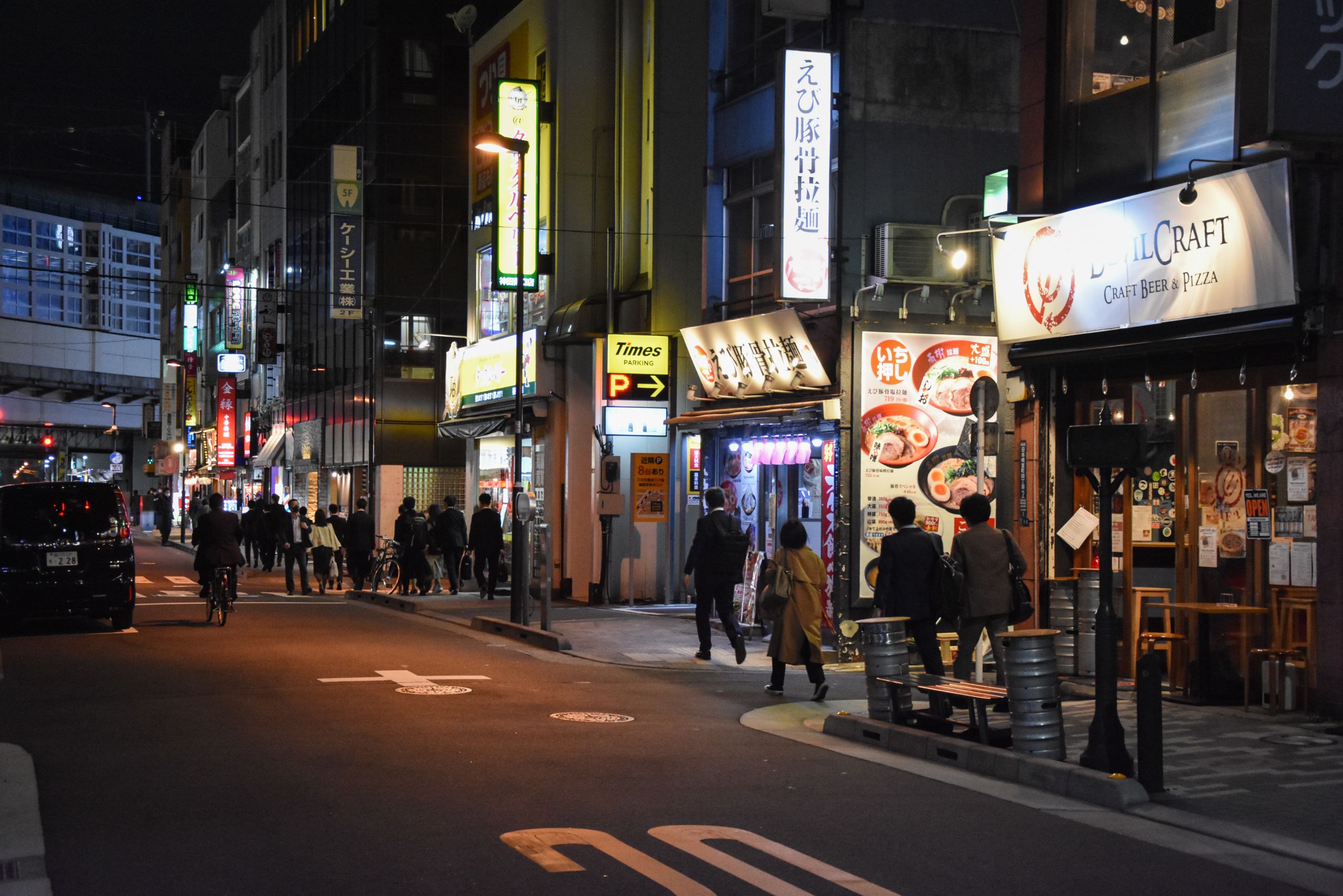 DevilCraft was one of the first craft beer bars to arrive in the Kanda neighborhood. | Photo by Carlos Estevan Barceló

Was Kanda a natural choice for DevilCraft?

Mike Grant: The first time that I saw the location, it was about five o’clock, so it was reverse rush hour with people going home. The street that DevilCraft Kanda is on, Nichigin-dori, with the Bank of Japan nearby, is a shortcut for a lot of people who want to get to JR [train lines] and don’t want to use the subway that’s down the other way. It has huge foot traffic, so we knew that in terms of visibility, it was ideal. 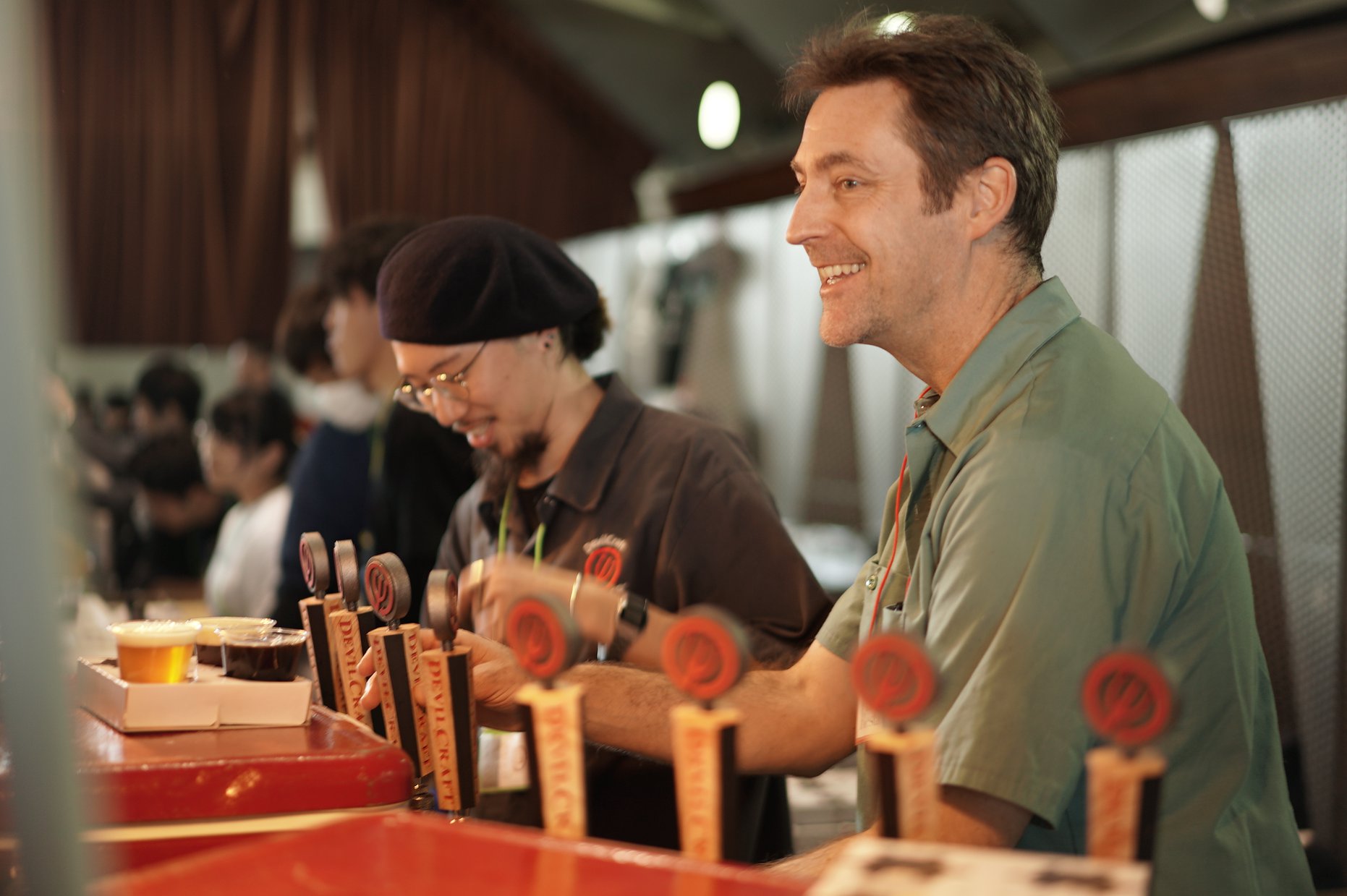 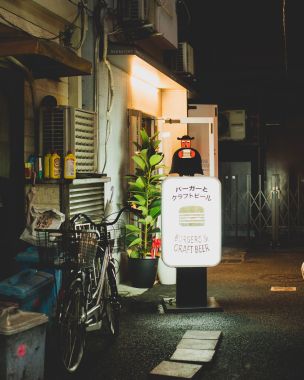 MG: The area has great transportation. You have three or four JR lines. You have the Chuo Line, Keihin-Tohoku and Yamanote Lines. You also have the subway Ginza Line going through here, so accessibility is hard to beat in Kanda. You can walk to Tokyo Station from our place in 10 minutes, which I often do. We look at [Kanda] as the backyard of Tokyo Station.

Also, a lot of the buildings in Kanda were built in the 60s and 70s. The space we’re in was built in the 1970s. Because it’s old, it does get run down but also has some character that you don’t find in new spaces. Besides that, it’s just a funky neighborhood.

How would you describe the Kanda community?

MG: There’s a great camaraderie among customers that develops over a beer. Our Kanda space is unique in that because it’s so tight on the first floor, if you drop in there and you were not afraid to take a seat next to someone, you could not avoid having a conversation with them. 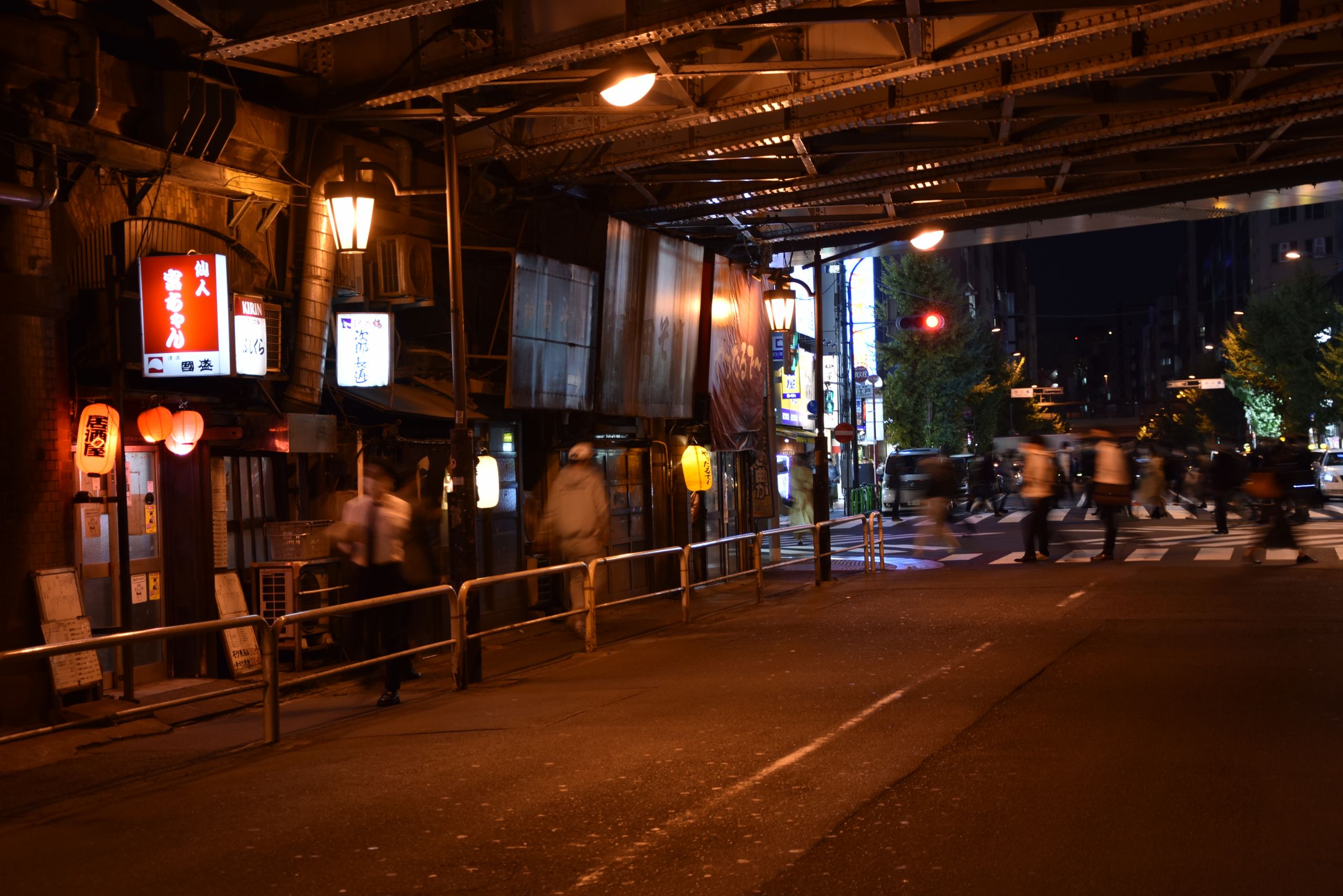 Great access is another perk of Kanda. The station has access to both JR lines and the Ginza line. | Photo by Carlos Estevan Barceló

At first, we became known in the foreigner community, but most of our core customers in Kanda who are repeaters are Japanese. I think it’s a chance to have these ad hoc communications — some of it’s complaining, some of it’s cross-cultural communication — over a beer, without getting too academic or too emotional. It’s just a lighthearted sharing of time and experience.

Check the store website or Facebook page before visiting DevilCraft locations. Hours may change due to COVID-19.

A Bar Hopper’s Guide to Craft Beer in Kanda 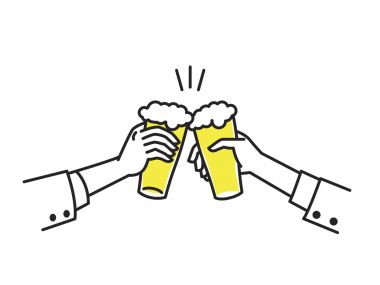 “With so many bars right outside the station, there just aren’t many places in central Tokyo like Kanda anymore. We love Kanda’s old-school drinking culture, and after finding an old wooden building tucked away in a narrow alley in the middle of it all, we knew we wanted to be part of it.”

— Hamilton Shields, co-owner and manager of Mikkeller in Tokyo 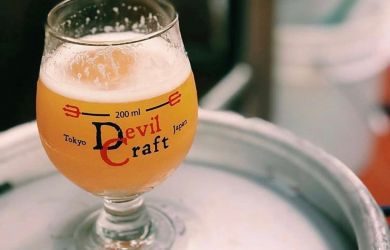 Burgers and beer from the Copenhagen-based craft brewery 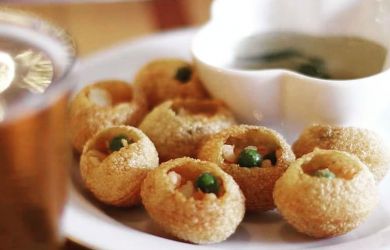 Belgian and Japanese brews in an upscale atmosphere 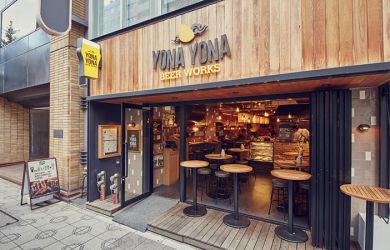 For more neighborhood features from our Winter Issue, check out the full PDF of the magazine here and follow us on Instagram for more local Tokyo news and features.

A shelter for the community