With Wimbledon beginning today, Metropolis decided to chat with former Japanese tennis player Kimiko Date to hear about her experiences at the All England Club, her career highlights and her thoughts on the country’s two most high-profile players: Naomi Osaka and Kei Nishikori. We started the conversation by asking about her younger days and her reasons for getting into tennis in the first place.

“There was a tennis boom in Japan during the 1980s with a huge increase in the number of people playing and watching,” recalls Date. “My parents thought it would be healthy for me to try so I did. My first hero was Chris Evert, though, in my late teens I was more interested in Martina Navratilova. When I was 19, and had just turned pro, I got to practice with her. It was very nerve-wracking. I was determined not to make any mistakes.”

A leftie who played right-handed, Date was often lighter and shorter than her rivals, but her quick feet, intelligence and ability to control the pace of the game made her a formidable opponent. In 1994, she climbed to number four in the world rankings. She made the U.S. Open quarter finals in consecutive years and reached the semi-finals of the 1994 Australian Open and the 1995 French Open. 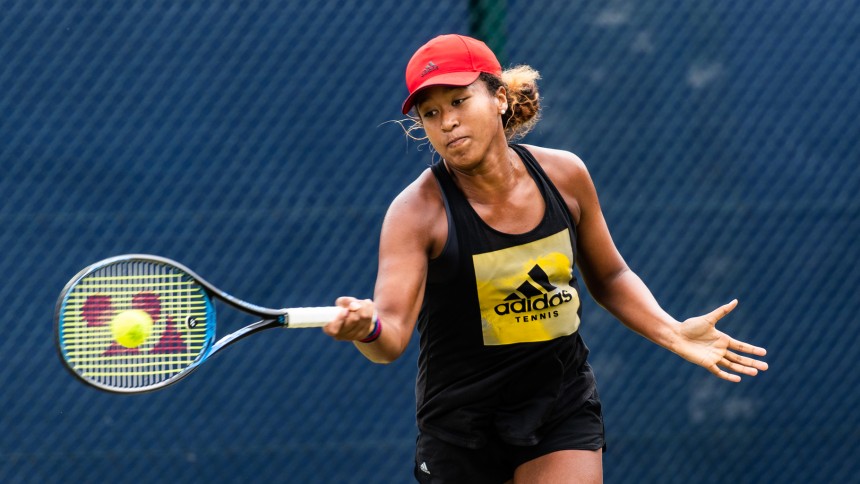 The Grand Slam tournament she most wanted to do well in, however, was Wimbledon. Her best year came in 1996, when she met Steffi Graf in the semi-final. A few months earlier, Date beat the world number one for the first time at the Fed Cup, winning the last set 12-10. At the All England Club she lost the first set but came back strongly to take the second. The momentum was with the Japanese player before bad light called a halt to proceedings.

“It was getting dark and Graf wanted to stop,” remembers Date. “We’d reached a stage where it was hard to see the ball clearly, so it was the right decision. The next day, [Graf] won the third set 6-3. While it was disappointing, I look back at that game as one of my proudest moments. Graf was my toughest ever opponent. She had a great poker face. To have beaten her at the Fed Cup and taken her pretty close at a Wimbledon semi-final was special for me.”

Date went on to represent Japan at the 1996 Atlanta Games, reaching the last eight in her second Olympics. At 25, she was reaching her peak and had become a regular in the late stages of major tournaments. Her chances of reaching a Grand Slam final appeared to be growing. She then surprised everyone, including Graf, by announcing her retirement. “It’s difficult to understand why she wants to step back from tennis when you can see she has much more potential than anyone thought,” said the German player.

Fans may have been shocked and disappointed, but Date was in no doubt she made the right choice. More than two decades on, she hasn’t veered from that view. “The pressure was intense,” she says. “Back then, there weren’t any other Japanese tennis players making a significant impression internationally. In fact, there were very few in any sport. It felt like a heavy burden. It was a time before SNS so you couldn’t respond to criticism. Basically, I’d given everything I could but wasn’t enjoying it.” 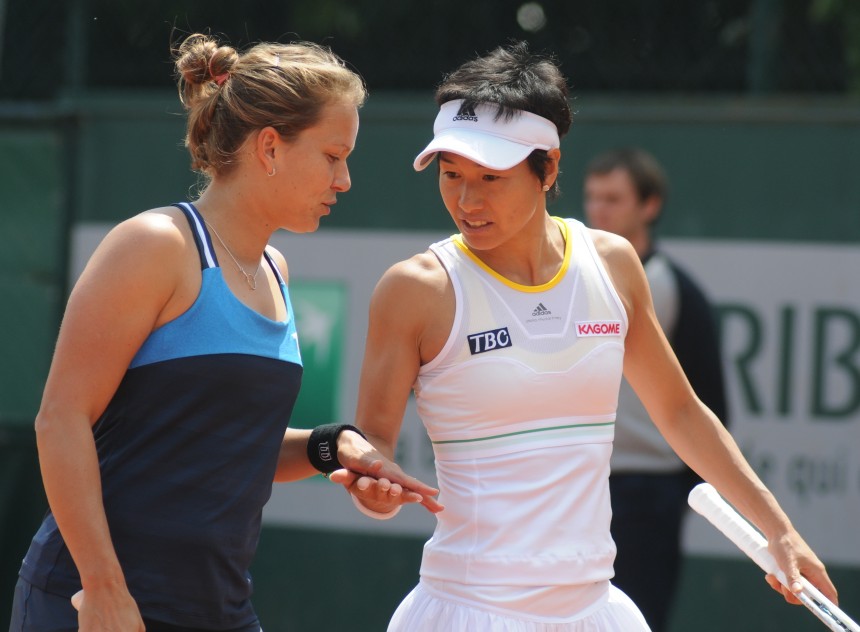 Date played with Barbora Zahlavova-Strycova at the 2014 U.S. Open

That wasn’t the last we would see of Date on a tennis court. In 2008, the then 37-year-old made a comeback. In 2009, just one day short of her 39th birthday, she became the second oldest player after Billie Jean King to win a singles title on the WTA Tour when she triumphed at the Korea Open. In 2013, she made history as the oldest woman to make the third round at Wimbledon before going out to Serena Williams. A year later, she reached her first-ever Grand Slam Doubles semi-final alongside Barbora Zahlavova-Strycova at the U.S. Open.

“The second time around was more fun,” says Date. “There was less pressure, I was married, could speak English better and generally enjoyed being part of the tour. Playing against Venus Williams on Centre Court at Wimbledon was the highlight (Date lost the hard-fought game that lasted 2 hours and 56 minutes, 7-6, 3-6, 8-6). She was a special talent who’d won the tournament five times. It was a different generation of players with an emphasis on power. I needed to adjust my game and the crowd appreciated my effort. They cheered all my shots which was amazing.”

A knee injury forced Date to retire for a second time in 2017 and she’s been very busy since. The 48-year-old runs the Kimiko Date Sports Studio in Oimachi and is still involved with Frau Krumm, a bakery she opened in Ebisu three years ago. She was recently studying for a Masters in Sports Management and is a regular as a pundit for WOWOW’s tennis coverage. Building up to major tournaments, there’s always a lot of talk in Japan about the country’s two highest ranked players: Naomi Osaka and Kei Nishikori. Down the years, Date’s got to know them both well.

“I’ve been aware of Naomi’s potential for a while,” Date says. “She’s powerful yet graceful and hates losing. She can be temperamental which sometimes leads to her choosing the wrong shot, but that’s something that will improve over time. I feel she’s hungrier than Kei. He’s more level-headed and better at controlling his emotions. That also comes with age. They’re both great players. I’m looking forward to seeing how they get on at Wimbledon.”