Art and photography are often seen by many as exclusive and elitist. For an arts festival to be truly inclusive it needs to bind communities together, have them involved in the artistic process and, most importantly, showcase a vision which relates to and incorporates people, spaces and location. Kyotographie, one of the leading photography festivals in Japan, manages to do this and takes the idea of encompassing a city with art to a new level.

With a startling array of photography, being held in various spaces around the city of Kyoto in mainly non-gallery structures such as shrines and converted machiya (traditional wooden townhouses), Kyotographie brings some heavy hitters and emerging photographers to the ancient capital of Japan with a balanced harmony of elegance and insight.

Kyotographie, during these bleak and uncertain times, has been a ray of shining light and has cemented itself as one of the leading and most powerful arts festivals in the country

The festival, which runs until October 18, is marshalled by duo Lucille Reyboz and Yusuke Nakanishi, who moved to Kyoto from Tokyo subsequent to the 2011 Tohoku earthquake and tsunami. Feeling betrayed and disgruntled with the Japanese government and Tokyo local authorities, the pair settled in Kyoto quickly and spearheaded Kyotographie as a much-talked-about and seriously respected photography festival in the hearts and minds of many in the Kansai region. Now in its eighth iteration, Kyotographie 2020 leads with the concept of “vision.” In the official program notes Reyboz and Nakanishi write, “‘VISION’ gathers diverse perspectives. In order to change the world, we must first change our ‘VISION’ of it. After all, the world is created by our collective consciousness. When we perceive the world’s problems as a cumulative effect of generations of mismanagement and avoidance, assume responsibility for our past, and future actions as a species we can change the world.” 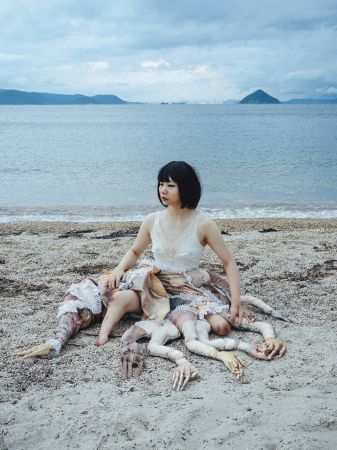 One of the established names in photography showing at Kyotographie 2020 is Mari Katayama. She burst onto the scene a few years ago focusing on her body, using textiles to replace the legs she had amputated aged nine due to a medical condition. Utilizing handmade objects and textiles to replace her limbs, her work invites the viewer to link body and environment as one living organism. According to Katayama in a recent interview with Metropolis, her installation in this particular exhibition “sees my body like I see surrounding landscapes. A parallel between the environment and my body.” The large-scale work depicting limbs covered in glitter is a paradox in itself as many never equate glamor with amputees. Katayama is pushing the boundaries of photography and art and this exhibition at the Shimadai Gallery Kyoto, and her work is essential viewing.

Kyotographie +, one of the satellite competitions and programs on offer, held at the former Junpu Elementary School, is a celebration and showcase of emerging photographers. The winner is given an opportunity to exhibit at the main Kyotographie schedule the following year. 2019’s winner was Atsushi Fukushima who, during a 10-year period, photographed the elderly to whom he was delivering bento boxes in Kanagawa Prefecture. A genuine and painful labor of love, Fukushima’s work nurtures and illustrates the vulnerability of humanity and offers a rare window into the lives of Japan’s geriatric communities. The often heartbreaking and emotive images capture loneliness, abject poverty and rare glimpses of happiness and warmth. 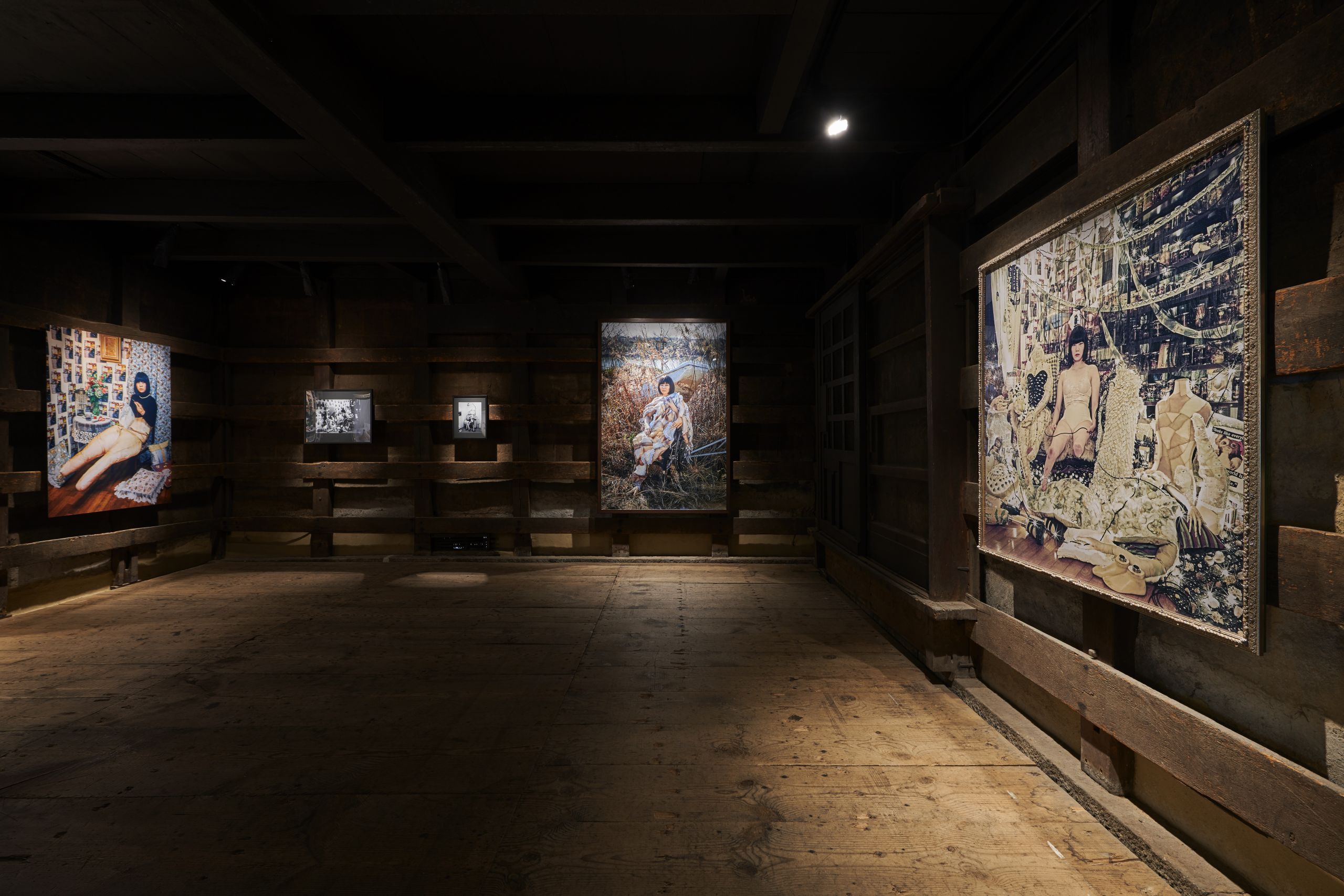 Using photography and video, Pierre-Elie de Pibrac exhibits (in connection with Chanel Lexus Hall) a powerful documentary series of his two intimate seasons with Paris Opera. Following the dancers on and off stage, the august series of tableaux vivant are set pieces rarely seen in documentary photography. Touching and adroit, Pibrac’s body of work is, at times, breathtaking. 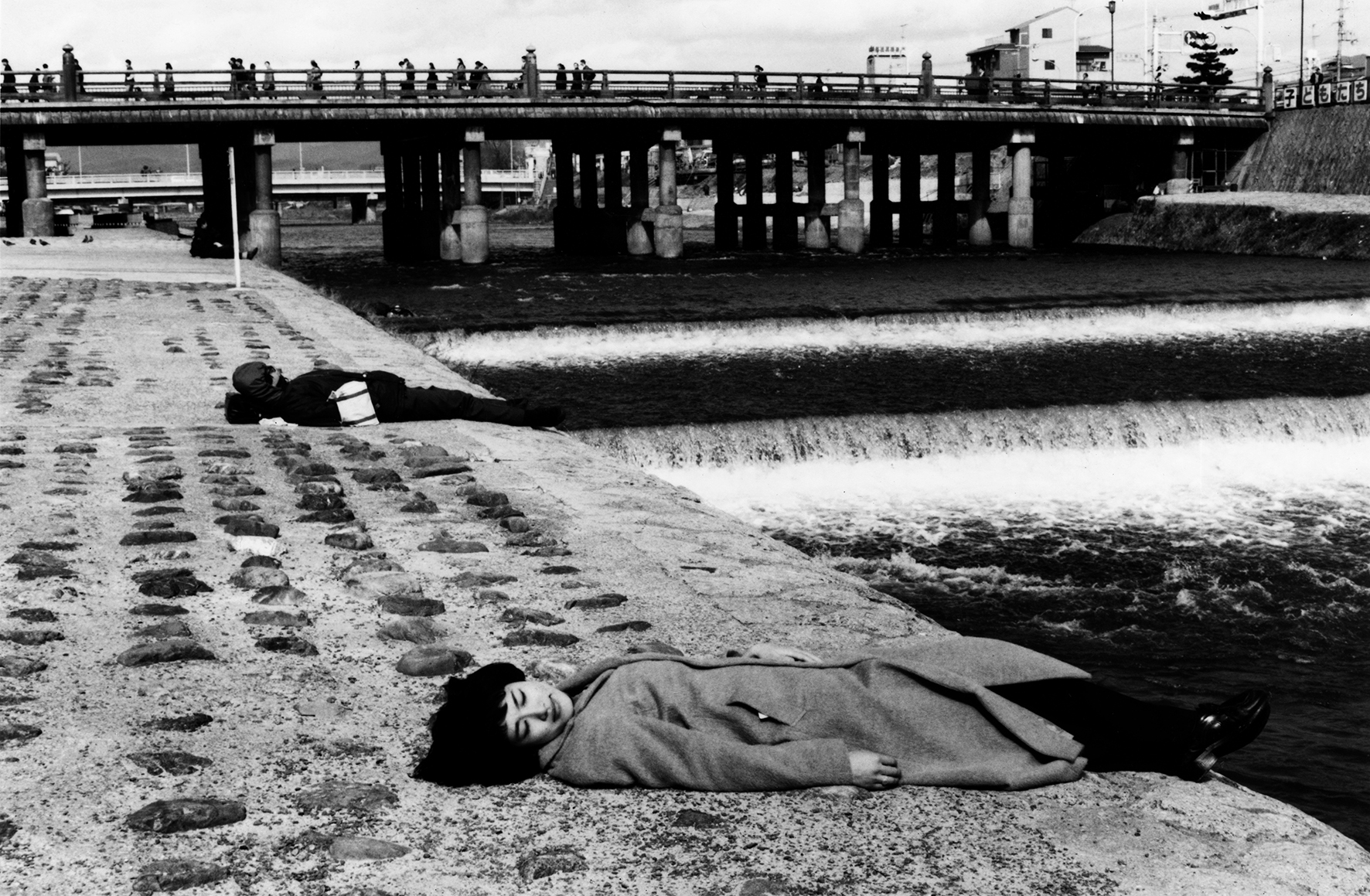 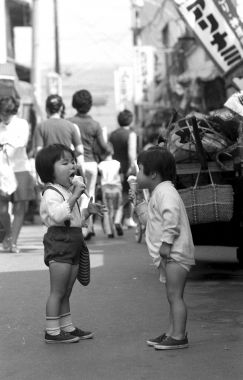 The showstopper, however, is the work of Kyoto native, owner of the popular Kyoto bar Hachimonjiya and local legend, Kai Fusayoshi. In his 70s, and never without a camera dangling from his neck, he has documented (more than any photographer based in Kyoto) the living, human tapestry which makes up life in the area next to the Kamogawa River. Fusayoshi was the owner and character behind the legendary left-wing coffee shop hangout Honyarado, which burned down due to arson five years ago resulting in him losing his life’s work, approximated at two million images. Nevertheless, he’s still taking photographs and is adored by the locals, who affectionately call him Kai-san. The outdoor exhibition of his work, on the banks of the Kamogawa, are unbelievably powerful and vital, illustrating his community and the ethos behind Kyotographie more than any other photographer. Images from the 1970s show women and men lying next to the Kamogawa with their heads turned toward the sky, the naivety of youngsters playing on the local streets and kids playing with an umbrella during a typhoon with laughter, joy and mystery. It’s one of the most important shows in recent memory and cements Fusayoshi as one of the most significant documenters of Japanese society.

In an interview with Metropolis, founder Lucille Reyboz says, “We all need to reconnect with life. People should reconnect with people. So Kyotographie has an important social dimension. The pandemic has been challenging but it has been an amazing opportunity to reconnect with our families and our community.” Kyotographie, during these bleak and uncertain times, has been a ray of shining light and has cemented itself as one of the leading and most powerful arts festivals in the country.