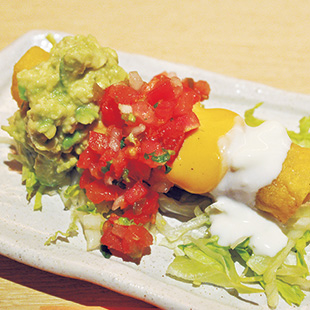 “Once our menu evolves to a certain point … people will say, ‘Oh, I had this really nice Thai burrito at a Thai festival,’ or ‘I had a really nice Hawaiian burrito at the Hawaiian festival,’ but we’re neither a Hawaiian nor a Thai restaurant. We’re trying to transcend people’s ideas of food, and present items seasonally.”

Hyatt’s dog, Popo, became his brainchild’s namesake due to her name’s many meanings in different languages. He then added the prefix “loco,” meaning “crazy” in Spanish.

From its ever-expanding menu of tastiness, Loco Popo currently offers five different kinds of burritos, four varieties of soft tacos, taquitos, bowls and salads, as well as fresh nacho chips and salsa. To quench your thirst, a wide variety of bottled Mexican beers and tequilas are sure to put the sombrero on your epicurean experience. 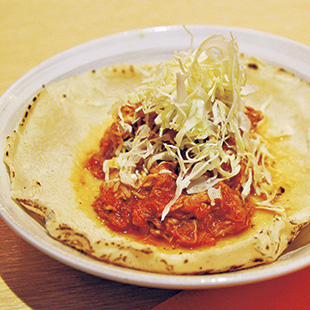 Loco Popo also welcomes bookings for private parties, including Saturday nights. Even the most spendthrift will rejoice upon perusing the menu—a casual glance reveals just ¥700 for a Mexi-Burri or ¥500 for a Carnitas soft taco. Free Wi-Fi makes the deal even sweeter.

Expat filmmaker Darrell A. Guinn shares his reasons for being a regular customer: “I work long hours, and I think that one of the things that gets me through the day is the idea of rewarding myself with one of my favorite meals—and I would say that this is absolutely my favorite burrito in Tokyo. You get a kick of different flavors with every bite.”

When asked to choose his favorite creation, California-born chef Jun Hirano is hard-pressed to limit himself to one, but answers, “The Bulgogi [Burri]. I also think the Chili Bowl is really good, and the handmade nacho chips, as well as [our homemade] fresh sauces.”

The only remaining question is, will Tokyoites ever get to see Jeremy Hyatt’s original dream child, the Loco Popo van for food on the go?

“Absolutely!” he enthuses. “Before we have a second shop, we’ll have a concession van.”