The Longevity of Game Centers

Why arcades remain the craze in Japan

I’ve been inside a Mobile Suit Gundam, punched dinosaurs in the face, played with cards that came to life, and I’ve won a Pikachu at a claw crane… OK, almost won. But you can still experience this and so much more upon entering the wondrous world of Japanese arcades. While in Western countries, three-buttoned machines have been exiled to the realm of middle schoolers and families; in Japan, classics like Pac-Man have evolved through and survived the decades.

But it’s unfair to say that they simply “survived”. Arcades in Tokyo are beaming with life, proudly showcasing the country’s most advanced technology along Tokyo’s liveliest streets—and not buried in some shady alleys. Moreover, they provide their customers, the young men and women who stop by after work or school, with a release from the tensions of a long day. By crossing the threshold into one of Tokyo’s arcades, you have to be game—or you can forget about that Pikachu doll. 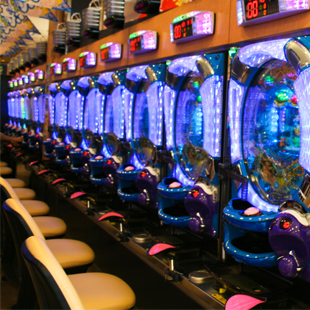 “Wait, are you telling me there are only UFO catchers in this arcade?” I pondered to myself as I walked along the first floor, which was largely populated by hundreds of fluffy toys grinning from behind the glass, challenging me with their shining plastic eyes. Walk down to the basement, though, or up to the upper floors of any typical Tokyo arcade, and you’ll find familiar dungeons of fighting games, where bidimensional warriors battle it out in a haze of sweat and smoke. Ah, the bittersweet nostalgia of walking through the long-lost arcades of your childhood!

Indeed, arcades are still in excellent shape in Japan—but how?

“The first Golden Age of arcade gaming occurred in 1979, when Space Invaders was released,” recalled Akihiro Sato, Public Relations professional for Adores Inc., the company that invented coin-operated machines. “Things slowed down during the 1980s, though. People had this image of arcades being a dangerous place, and parents wouldn’t let their children go there. That all changed in 1992, with the introduction of purikura [photo booths], and the audience had expanded from just being adult males, to women and high school students.”

But how did arcades flourish in Japan, while fading away in the West?

“I think the reason why we are still going today is because of variation,” Sato replies promptly. “We have [a] wide variety of games to cater not just for the masses, but also for niche audiences. We always try to brush up on previous ideas, in order to create something new or to refine it.”

The crux of the issue seems to be that, while arcades in America and Europe couldn’t cope with the constant technological evolution in the video game industry, suffering a crisis fuelled by a bad reputation, unregulated competition, and market saturation; Japanese arcades knew how to update themselves, regularly introducing new machines throughout the year, thereby challenging the public with gaming experiences only accessible outside their homes. The Japanese gaming industry essentially preserved the quintessential sensation familiar to everyone whose father would say, “It’s Sunday. Who feels like going to the arcade?” 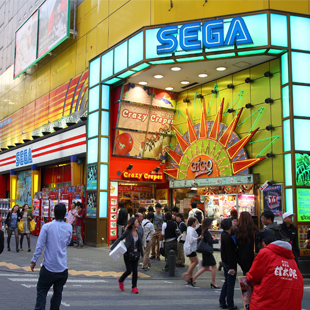 “The other factor is the popularity of crane games. Whether it’s stuffed toys, small household appliances, or electronic hardware, we always try to use valuable prizes to incentivize people to play,” Sato declares, a hint of pride now coloring his voice, “and although I can’t really speak much for gaming arcades in Western countries, I think it’s the emphasis on quality that distinguishes us from Western counterparts.”

Nevertheless, not even in Japan can arcades afford to sit on their laurels. What hit the industry hardest, both in Japan and abroad, was the slow but inexorable advent of home consoles. Today, it’s estimated that more than 95 percent of the Japanese youth owns a personal gaming system, and for this reason, game developers Namco and Sega have recently announced the closure of about 20 percent of their arcade centers in the country, while Sega disclosed that over 100 of their arcades would be closed in Japan within 2016.

“The arcade industry is in a bit of a decline,” Sato explains, talking about the future of Japanese arcades. “With the advent of smartphones and handheld game consoles, many people have stopped coming to arcades. Having said that, I think we can counter this by putting more emphasis on customer-needs strategy.”

“Japanese arcades, including us,” he finally reveals, “are also thinking of incorporating Virtual Reality with arcade gaming, and develop more games to attract both mass and niche audience. It’s hard to say at this point. But one thing I can guarantee is that there will be a lot of interesting new ideas in the times to come.”

Worth a special mention is Super Potato, in Akihabara, a genuinely retro gaming shrine, where visitors can not only challenge themselves with arcade machines that survived the pitiless passing of time with dignity, but also enjoy snacks wrapped in vintage-looking packages while admiring rare, expensive merchandise that one had only dreamt of. It’s nothing short of a museum.