Shakespeare’s works might be labeled as “classical,” but they remain as relevant in the 21st century as they were in his day. According to Ross Williams, director and founder of theater company New York Shakespeare Exchange (NYSX), connecting today’s world to the Bard is a matter of delivery.

“I love Shakespeare and I have spent a lot of time both seeing and creating productions of the plays,” says Williams, who has been in professional theater for most of his life. Following an eight-year stage career wherein he featured mostly in musical theater, most notably originating the role of Grimli in the Lord of the Rings musical in Toronto, Williams’ passion for Shakespeare led him to transition from acting to directing, and he found the Exchange in 2010.

“I find that Shakespeare’s characters and poetry get inside me like no other literature can,” says Williams. “It inspires my creativity, it opens my emotional being, and it engages my intellect.” 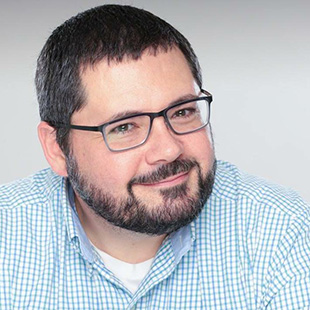 NYSX was established with the intent to demystify Shakespeare and disprove the notion that his works are dated, inaccessible, or purely academic. According to Williams, the text is bursting with thrill and intrigue; it’s just about finding the right way to infuse Shakespeare with contemporary culture and modern audiences.

“Shakespeare can, when it is performed with clarity, specificity, and emotional investment, rock audiences to the core,” says the director. “Still, there are a ton of people in the world who say, ‘Shakespeare is over my head’ or ‘Shakespeare is boring’—potentially my least favorite phrase, ever. Plays like Hamlet or Macbeth are as action-packed as any blockbuster film that is released today, but if the work is not performed well, it can hit audiences like a ton of bricks and feel both unapproachable and unintelligible. My mission with NY Shakespeare Exchange is to get Shakespeare into people’s lives in relevant and exciting ways.”

And NYSX is having fun delivering Shakespeare to the public. The company’s critically acclaimed productions put innovative twists on classic plays: their 2015 performance of Titus Andronicus transported the tragedy to a modern American carnival setting. In addition, the company frequently holds ShakesBEER pub crawls, in which actors perform fragments of Shakespeare plays in four pubs and bars throughout New York City, using countertops and tables as a stage while audiences watch.

“A lot of people in the world have only witnessed Shakespeare in their high school classroom where they were told, in no uncertain terms, that his works must be loved and respected as near-perfect literature. That can be really alienating,” admits Williams, who adds that many view Shakespeare as an academic ideal that does not relate to them personally. “But, Shakespeare was a pop-culture icon. We know that audiences of all ages, education levels, and classes were clamoring to see his plays. He had mass appeal. Our goal at NY Shakespeare Exchange is to find that for today’s audiences.”

Another avenue for this is The Sonnet Project, which Williams created to couple Shakespeare with cinema. The project soon evolved into an ongoing series of short independent films based on one of the Bard’s sonnets, filmed in various New York locations by local actors and filmmakers. The Sonnet Project also birthed an app, which brings these Shakespearean shorts straight to smartphones. 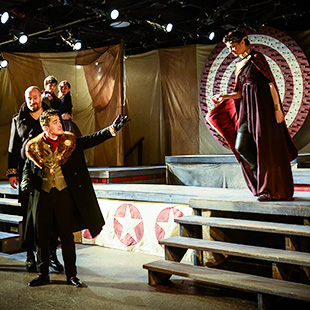 The Sonnet Project has been successful in joining the brilliance of Shakespeare with that of New York, but Williams wants to bring it to the world. Under The Sonnet Project 2.0, Williams is traveling to Japan to work with a Japanese actor for the project’s first film.

“I have a fantasy that people all over the world will be inspired to take a second look at Shakespeare and, from there, be inspired to look at all poetic text differently. There is a serious lack of poetry in our news- and media-soaked world, and if we can help add a little poetry into people’s lives, I will feel satisfied. I’d love to see other projects, based on the work of other poets, pop up in response to our work. Imagine, if you will, The Cervantes Project, The Elizabeth Barrett Browning Project, or even The Chikamatsu Project.”

While in Japan, Williams will also be working with Japan-based theater groups on a production of Edward Albee’s Tony-winning contemporary tragicomedy, The Goat, or Who is Sylvia?, which Williams will direct.

In addition, Williams will lead a workshop, “Embodying Shakespeare,” wherein he will guide participants through exercises that let them fully absorb Shakespeare in their body and minds. “I focus first on connecting the poetry to the human instrument, and then expressing the language with specificity and emotional truth,” explains Williams. “I like to keep the work fun, physical, and surprising.”

While this is a theater workshop, Williams says that the benefits of the exercises extends to those who are not actors or performers.

“Certainly, actors are a natural fit for the work, but some of the best responses I’ve gotten have been from corporate groups and high school students. Working with Shakespeare can be really powerful. It allows for a connection to breath and emotions that we don’t experience in the ‘regular’ world, and that connection can carry through to our daily interactions, any public speaking, and even how we present our personal power.

“I may be biased, but I think spending time with Shakespeare is transformative.”