ONE Championship Fights the Fight in Japan

Spring is right around the corner in Japan. A familiar smell is in the air. For the MMA community, fighters and fans alike, it is also a sign that things are beginning to warm up.

ONE Championship has been forging ties with Japan over the last few years, in no rush to storm into the notoriously difficult JMMA market. That all changes on March 31 with the promotion’s inaugural show in the country which gave the world jiu-jitsu, kickboxing, Pancrase, Shooto, Pride and K-1.

ONE Championship has been building bridges in Japan to create the climate for ONE: ‘A New Era’. Andy Hata was recently appointed as the organization’s president for Japan and he admits that the move into this market represents something of a gamble:

“This is a risk and an opportunity. If the Japanese MMA market was already good we wouldn’t be here but there’s a gap, and there’s an opportunity to change, so we’ve got to be courageous and stick at it,” he says.

Ever since ONE Championship’s inception, the organization has been trying to build the sport in Asia, creating networks of contact and influence. Hata says part of his job is to help develop the market in Japan. “There’s a need. That’s what I’m trying to educate the local market on. If you have a sound idea or plan, and people who will follow it, it becomes a great wave that you should ride and not resist. Take advantage of it and learn, take something out of it and that will grow the industry.”

Hata was formerly an executive at Nielsen and hopes to allay any fears that may lie within Japan’s conservative business culture about the sport of MMA. He thinks that working with local partners in broadcast media and beyond will be key to ONE Championship’s success in Japan. “You have Dentsu, AbemaTV and TV Tokyo plus other media, Shooto, Shin Karate, the commercial element or branding, and Nielsen all make the ecosystem. So, we want to get support from key people (and) be open and transparent so that we’re trusted,” he said. 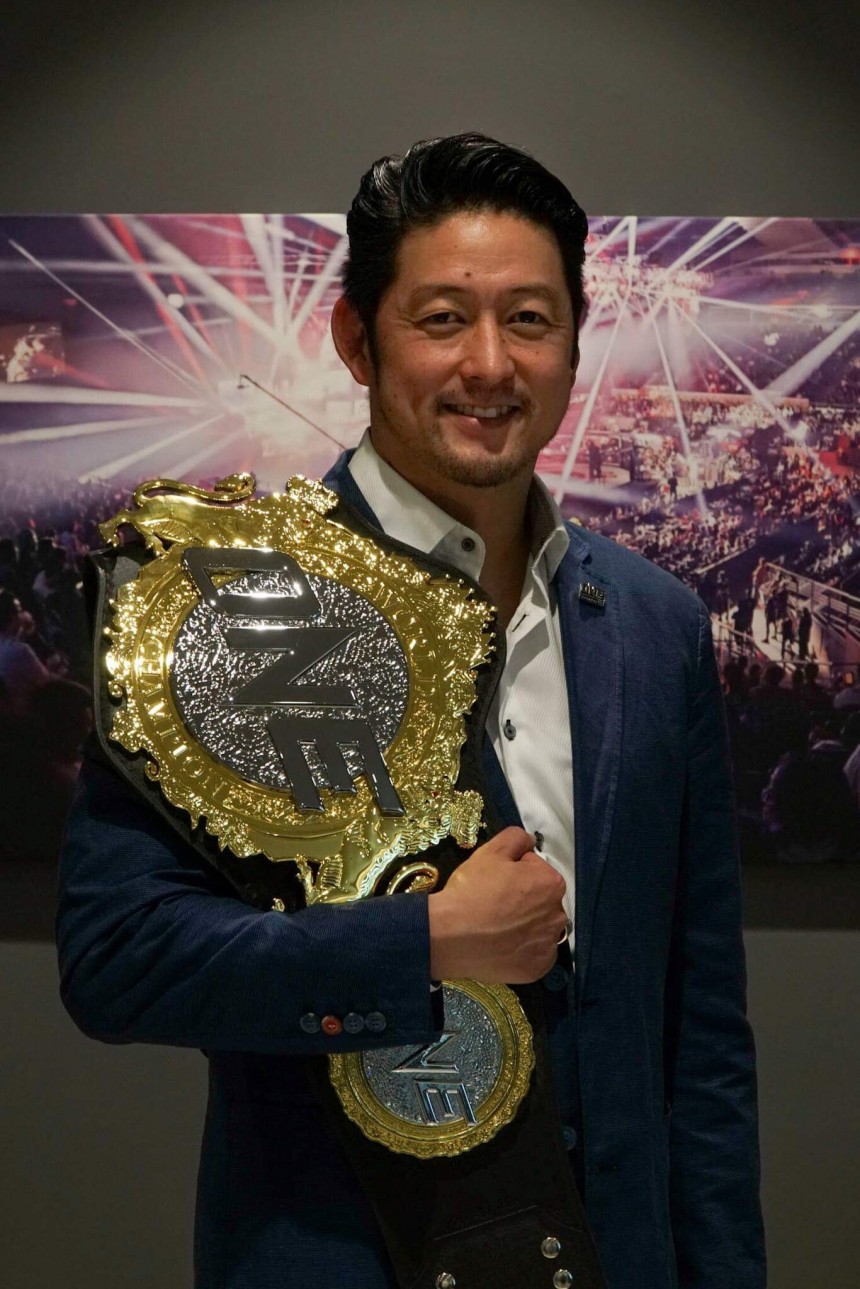 With a renowned reluctance to accept change from outsiders, Japan is sometimes criticized for being staunchly set in its isolated ways. In this environment anything challenging the status quo is often blocked or dismissed from the offset. As such, it hasn’t all been plain sailing for ONE Championship in Japan.

Hata says it has taken some time for CEO Chatri Sityodtong to get key government figures on board. “We went to see the State Minister of Finance and explained what we do. He instantly got it, and it means so much to Chatri because he’s half Japanese and, remember, nine months ago he was denied in all these meetings and it’s gradually changing.”

With one foot in the door, ONE Championship was able to partner with decades-old Japanese MMA organization Shooto. It will see champions from the former offered the opportunity to compete on the global platform provided by the latter. Additionally, Dentsu, AbemaTV and TV Tokyo are all local partners and ONE Championship are talking with various universities about doing research into how fans respond and react to being at a live ONE Championship event and collect data in the field.

Hata knows the industry well because his former employer, Nielsen Sports, has been partly responsible for measuring ONE Championship’s growth. These figures provide validity to equity holders and anyone else looking for evidence of the organization’s position and strength.

A lack of transparency is one factor preventing the rich martial arts industry in Japan from reaching the global stage in the way ONE Championship has. Chatri has a reputation as being a pioneer and risk taker and this latest challenge inspires and excites Hata. “In order to create an industry, I believe you’ve got to have an open platform. You need leaders that are brave like Chatri that come in and say ‘let’s make it happen,’” he says.

At ONE: ‘A New Era’ both Shinya Aoki and Ken Hasegawa will be challenging for titles. As well as the Japanese fighters the card features former K-1 Max champion Andy Souwer and former UFC champions Demetrious Johnson and Eddie Alvarez.

It is without doubt the best card in ONE Championship history, containing a level of talent that will raise more than eyebrows. It has the potential to raise the roof off the Ryogoku Sumo Hall in Tokyo.

However, for Hata, relying solely on a single card is shortsighted. The March 31 event will be historical but is merely the first step in solidifying ONE Championship’s position in Japan. His aim is to create the right environment for the industry, or “eco system” as he puts it, to thrive with everyone together in unison. The long, rich history of the martial arts in Japan aligns neatly with ONE Championship’s core values of respect and tradition.

The winds have changed with the season and a breath of fresh air whips across ‘The Land of the Rising Sun.’ The martial arts continue to flourish and evolve as new stars are born and all eyes will be on ONE Championship as Hata attempts to fit the pieces of the puzzle together.