Be here now at Higashi-Ueno’s greenest cafe and bookstore

Island-born Shinjiro Maruno is an easygoing man. From his wavy, salt-and-pepper hair to his loose T-shirt and unassuming gaze, Maruno evokes not so much the bustling capital of Japan as he does a shady seaside outpost, a place where rock music and ambient nature sounds eclipse the daily hubbub of traffic and rumbling subway trains.

Embedded in a quiet row of rust-ridden homes in Higashi-Ueno, ROUTE BOOKS is a stunning personification of its creator. The two-story cafe and bookstore is connected to a bakery and art gallery that looks out to a nursery and construction studio across the street. The spaces are unified by owner Maruno’s fine-tuned aesthetic — industrial, artful and gorgeously verdant — and known collectively as “Route Common.” More often than not, people will stumble upon this place, enticed by the unusual cluster of exotic trees, ferns and succulents lining the store’s entrance. 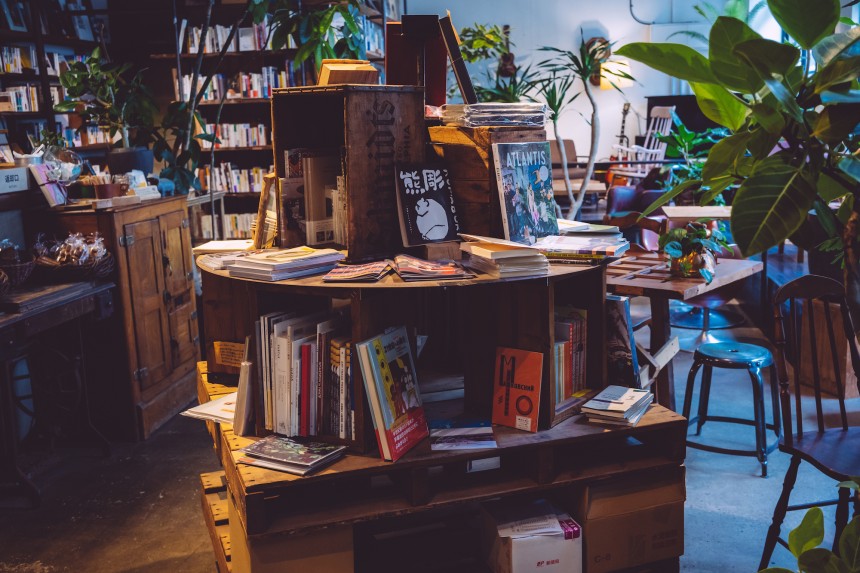 Preserving ROUTE BOOKS’s atmosphere trumps fame or profit for Maruno, who regularly turns down television crews and other opportunities for exposure. “Our customers come here to wind down and relax. I don’t want to break that atmosphere,” Maruno says. Almost all of the furniture is designed and built by Maruno’s construction company, YUKUIDO, headquartered right across the street. Mirroring the food industry’s farm-to-table movement, YUKUIDO’s business model is one in which builders and landscapers work directly with home owners to provide a highly customized service. “This way of thinking is at the base of the company,” Maruno says. “When it comes to books, we try to work directly with publishers — particularly small, independent publishers as much as we can.”

ROUTE BOOKS also serves as a hub for various events and meet-ups. English conversation classes, ceramics and wood workshops, guitar lessons and live music shows fill the calendar, as well as crafters’ markets. There’s seemingly no end to ROUTE BOOK’s versatility. The bookstore and its surrounding establishments are an extension of Maruno’s curiosity and passion, which continuously unfold within the various rooms and floors of his business. Meanwhile, feng shui remains a top priority. “For a time, I considered doing a lunch menu. But then local salarymen, people who aren’t even particularly fond of ROUTE BOOKS, would come here for no other reason than to eat lunch,” Maruno says. “The vibe of the store would completely change. If more and more people come here simply for the food, this place would cease to be a bookstore. In a way, it’s already something else.” 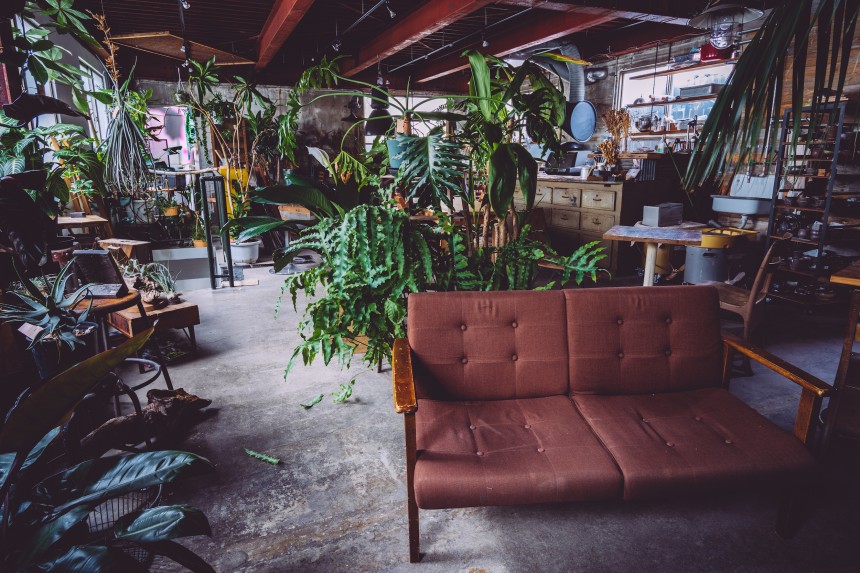 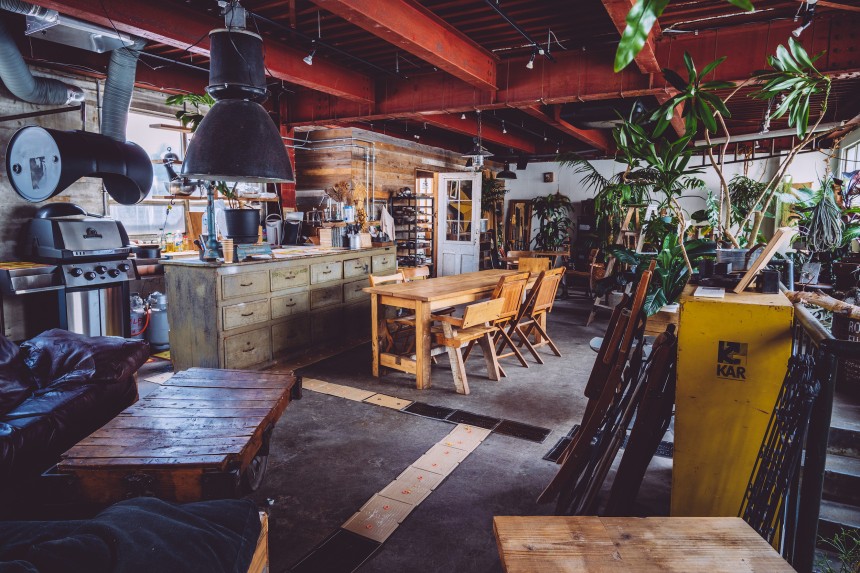 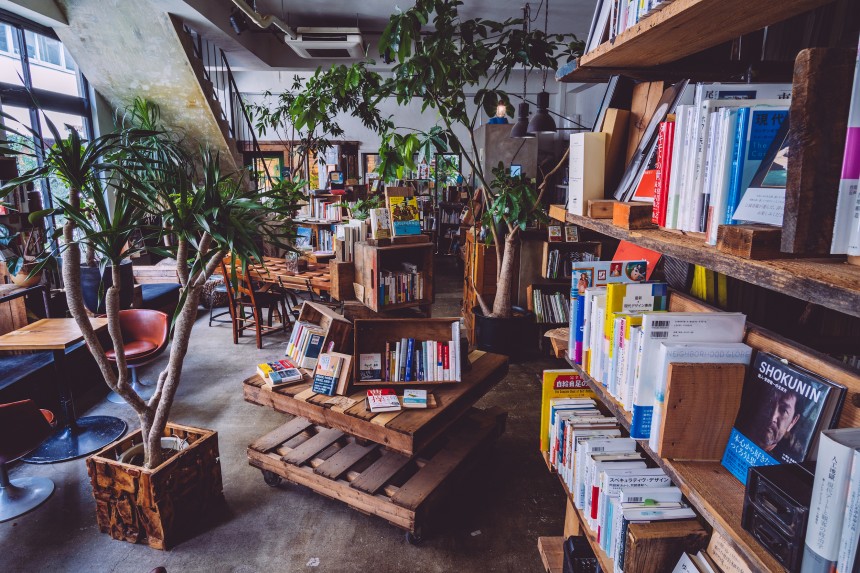 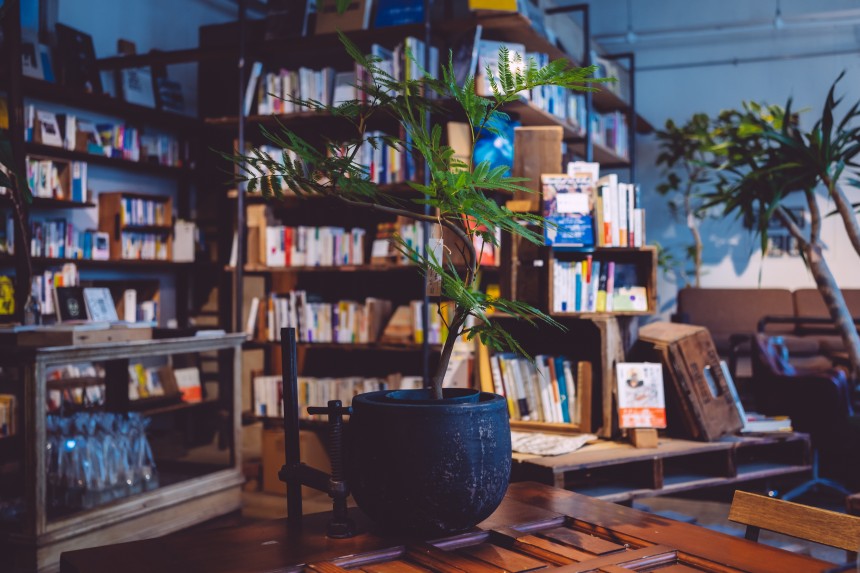 There’s no reason why a visually mesmerizing and progressive cafe space like ROUTE BOOKS exists in this otherwise unspectacular neighborhood other than, the building was there and it was for sale. “Lately, there are lots of movements focused on revitalizing neighborhoods and building local communities. The truth is, we never intended to become this kind of community space. It sort of just happened,” Maruno says. There’s no shame his honesty. In fact, Maruno’s humble spirit is part of what makes ROUTE BOOKS such an approachable destination. Among the endless stream of hip boutiques and teatime spots sprouting throughout Tokyo, this idle gem takes the cake as one of the best places to unwind and catch up with the present moment.