It’s my last year in college and I should be sipping on chardonnay while patting myself on the back for getting through four years with a degree and double minors. But guess what looms right outside the doorway to adult life? It’s not Death — no, it’s the Japanese shukatsu (job hunting) system.

You’ve seen the suit-clad young men and women all dressed sharply from head to toe, stampeding across stations and hallways heading for job briefings and interviews. This particular herd consists of mostly senior year college students, in the middle of their courting ritual with companies, called shukatsu.

Here’s an animated video, to catch a glimpse of what it looks like:

As a Japanese citizen ping-ponging between Japan and the US over the past 21 years, shukatsu is my worst nightmare. Too many reasons for this come to mind, but the biggest obstacle is my September entrance into a Japanese university.

Entering college in September means graduating in September, on time. But career paths are narrowed as students must choose from the following: a path to grad school; a six-month gap year to compete with Japanese recruits next spring; or start shukatsu half a year earlier to start working right after graduation. The second and third choices seem feasible, but how can one survive financially during a gap year? The inconvenience and frustration caused by shukatsu is especially stressful for exchange students who don’t speak Japanese. (Obtaining a work VISA is a whole ‘nother story.) Students who attended my school came to Japan after finding out they were able to attend all classes in English — so their Japanese language skills aren’t always perfect. The dwindling Japanese population doesn’t help the recruitment situation, either.

The root problem of shukatsu is that Japanese society revolves around it. The 475.7 trillion yen (5.96 trillion USD) worth of economic activity in Japan is based on the long-standing tradition of companies recruiting college students before graduation. 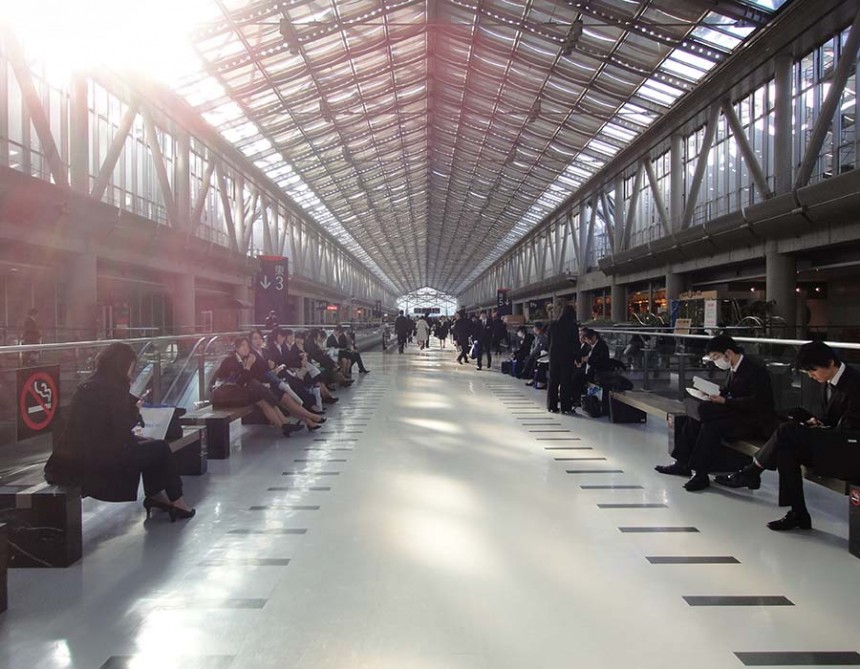 To give a brief historical explanation of shukatsu, the recruitment system is said to have started during the Taisho era, when the First World War catalysed economic growth in Japan. As university graduates were scarce at the time, companies created their own schools within the company for long-term training of high school graduates who showed promising talent or potential. This stuck as a tradition and continues today. After the economy took off during the post-WWII era, companies and students alike rushed to search for their perfect match starting in Freshman year at the earliest — a phenomenon seen nowhere else.

Today, students graduate in February, and enter the workforce in April; these students are quite literally called “new graduates.” Although there have been some recent changes in bigger Japanese business practices, any exceptions to the rule are considered “mid-career recruitment” even if you have just graduated from school in September.  To minimize the cost of training new hires and reap maximum profit, Japanese companies are more reluctant to increase new recruits outside of the April window.

If Japanese society at large does not change the recruitment system, it’s highly unlikely that the country will be able to cater to the demand of “Global-Jinnzai (Global Human Resources).” If Japan wants more exchange students coming in and going out of the country, then it is crucial to address the fact that shukatsu is limiting the number of people who want to join the workforce, especially from abroad. If Japan really wants to globalize, it’s time to shake off the shukatsu and embrace a new system.