How Low Can You Go?

Where to get the best buzz for your buck this fall

Eight out of the top 10 world’s most expensive cities for expats are in Asia. Unsurprisingly, Tokyo ranks high on the list, coming in second after Hong Kong. High living costs and infamously long workdays aside, the capital compensates by ensuring everyone’s right to a cheap drink, or two or three, with what seems like a lifetime supply of senbero options. A combination of sen (1,000) and bero, short for berobero, the word basically refers to getting trashed for an insanely low price. In light of chillier days, here are a few of Metropolis’ recommendations for getting toasty and tipsy with the city’s best deals. 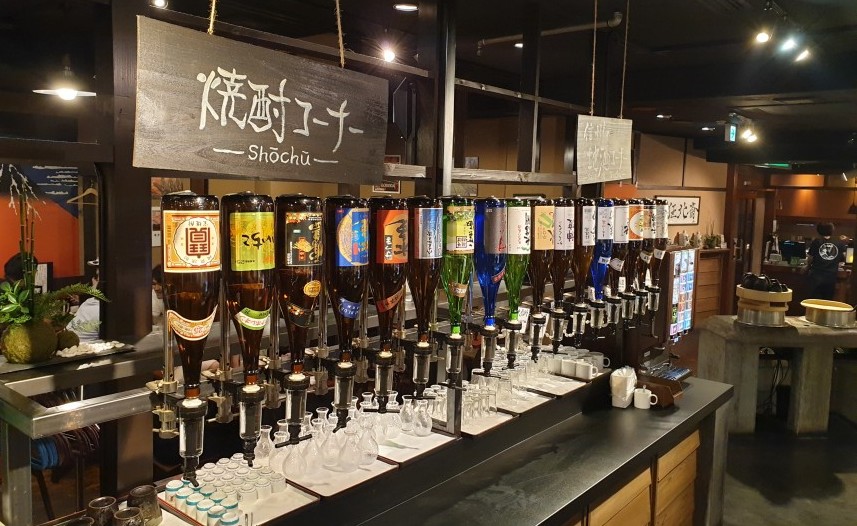 Kobayashi Nojo’s self-serve bar is one of Tokyo’s largest and best.

Missing the subtle flavors of Japan’s rival to the Alps or just wanting to get binned on a budget, Kobayashi Nojo brings a veneer of class to Japan’s messiest drinking tradition. Head down the stairs into a sweeping interior decked with woodblock prints and you’ll come face to face with the izakaya’s (in)famous drinks bar. With over 100 kinds of shochu, sake, spirits, liquors, beers and non-alcoholic drinks (or mixers to the initiated) this self-serve bar is one of Tokyo’s largest and best — and all yours for ¥500. Mix your drinks, or don’t, with the complimentary cocktail menu and some of Nagano’s best nihonshu (Japanese rice wine) including the aroma rich Miwatari. The only caveat is that you have to order at least one food item but the menu is nothing to shake a jug-clenching hand at, bringing a taste of the alpine heights to Tokyo’s nightlife. Try the shinshu kalbi (short ribs) for ¥1,480 or the chef’s choice chicken off-cuts for ¥780. Only a few minutes away from Ikebukuro Station you’ll have no trouble staggering home or to the next bar on the crawl so sit down, shut up and get those taps flowing. English menus available. 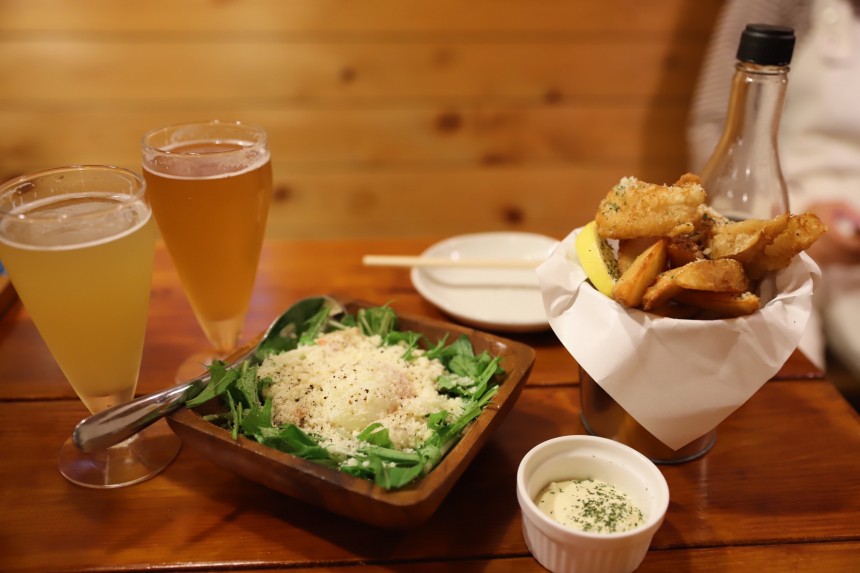 The Japanese craft beer scene has come a long way in 25 years. Bar shelves once stacked with the same mass-produced lagers now shine with premium amber ales, stouts and blondes. Tucked away on a residential street Koenji Beer Kobo exemplifies the best of this flowering micro-brew scene. With its own brewery inside of the shop, from vat to pint glass is a matter of meters and the range of beers on tap is just as extraordinary. Tastes of all kinds are catered for, with the popular Whitey light and fruity on the tongue. When craft beer usually clocks in at ¥1,000 a pint, you might be surprised to see nomihodai (all-you-can-drink) for only ¥1,500 for an hour and rightfully so. Renovated by the owner himself, the interior is well-lit and warm, its wood panelling and elevated tatami floors wrapping customers in a cozy feeling. Side dishes like fish and chips (¥680) and fried octopus (¥690) are on offer, although there’s no catch to the nomihodai so feel free to drink to your heart’s content. If you fancy a walk in the not-so-summer sun, you’re free to bring drinks outside in a cup or plastic bottle, or an original beer growler sold in-store. 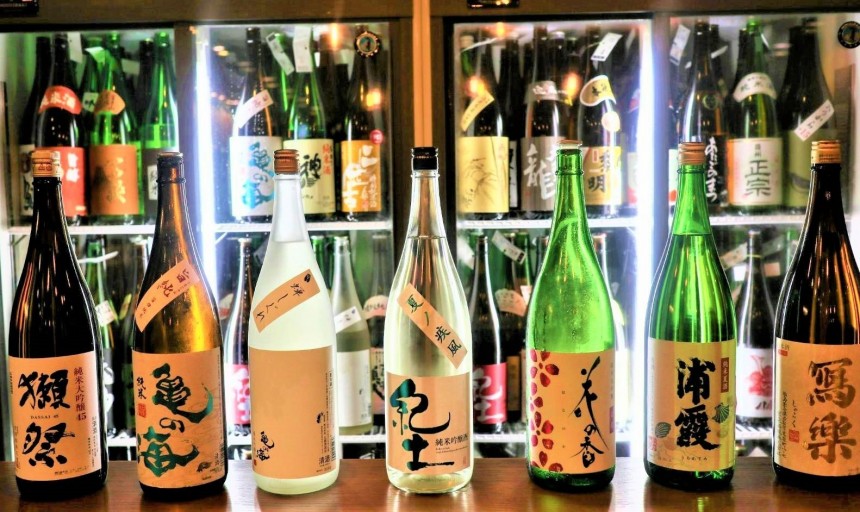 Ozeki One Cups might be the face of cheap sake, but there are more ways than one to enjoy Japan’s national alcohol without dishing out for pricey decanters. Having just opened in May, Nihonshu Baru Fujiya puts a classy twist on senbero soirees with a modern, wood-paneled interior and over 70 varieties of nihonshu from all over the country. Giant of bottles of famed Dassai sit alongside classics like dry, aromatic Onigoroshi and lesser known gems like Hiroshima’s sharp, lemony Shell Lovers. For ¥500, guests have unlimited access to the restaurant’s jam-packed fridge, where picking your fix is as fun as it is intoxicating. Refer to a brief guide on the wall or reach for the most eye-catching label — the choice is yours. The only catch is that you have to purchase at least two items from the food menu. The restaurant’s speciality is tempurakushi (tempura skewers), which go for as low as ¥250 a pop, so achieving the minimum is hardly an issue. English menus are available.

A game of dice

More often than not, the senbero road leads to a part of Tokyo known not only for being historically rich, but being historically sought out for its  crowded bars and smoke-filled izakayas — some of which appear to have existed for hundreds of years. Among Ueno’s maze of traditional, no-frills eateries is Kacchan. A stone’s throw from Ueno Station, the standing bar and restaurant comes highly recommended by Youtuber and trusted senbero connoisseur Naotaka, host of the Hebereke! channel. After paying ¥1,100 up-front, customers receive a small box containing four dice, which they can trade in for up to four drinks of their choice. Different drinks require a different number of dice. A glass of chuhai is one dice, whereas beer is two, and fancier options like sparkling sake are three. The best part of the deal is the complementary tempura dish, which typically comes with five pieces of gorgeously crisp shrimp and vegetables. Customers also have the option to choose a rotating daily dish. English menus available.

Half English, half Japanese, and (terrifyingly) 100% Norfolk. Kenji is making a life in Tokyo after someone unwisely left the door open.