Steaks and a view at Odaiba’s BBQ rooftop venue

Against a sweeping view of Rainbow Bridge and Tokyo’s skyline, legendary ex-sumo wrestler Konishiki Yasokichi seared perfect grill marks on his steaks as several giant, hungry men awaited their fill. Situated on the roof of Odaiba’s Aqua City, Weber Park was the perfect venue for a stable of heavyweight wrestlers to celebrate the upcoming tournament season via heaps of delicious meat and beer. 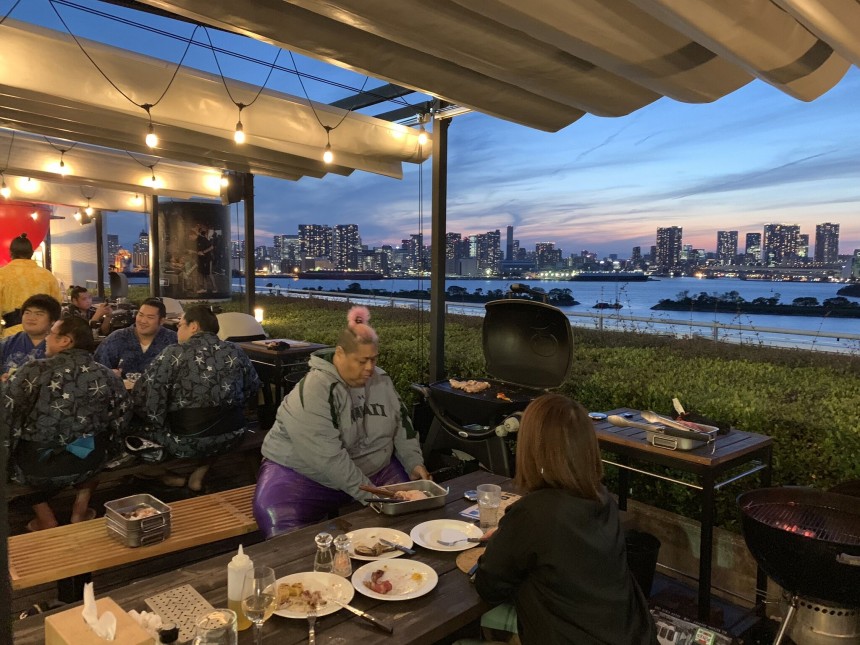 Hawaiian-born Yasokichi was the first non-Japanese sumo wrestler to reach ozeki, the second highest rank in the sport. It’s no surprise that the sport’s heaviest ever wrestler is also a pitmaster and religious barbecue lover. One table over, another distinguished figure was tending to his own feast. Former yokozuna (grand champion) Musashimaru Koyo and his family enjoyed the spacious venue and beautiful weather as servers brought along generous fillets provided by Harnet Corporation, an importer of prime Australian and American meats. 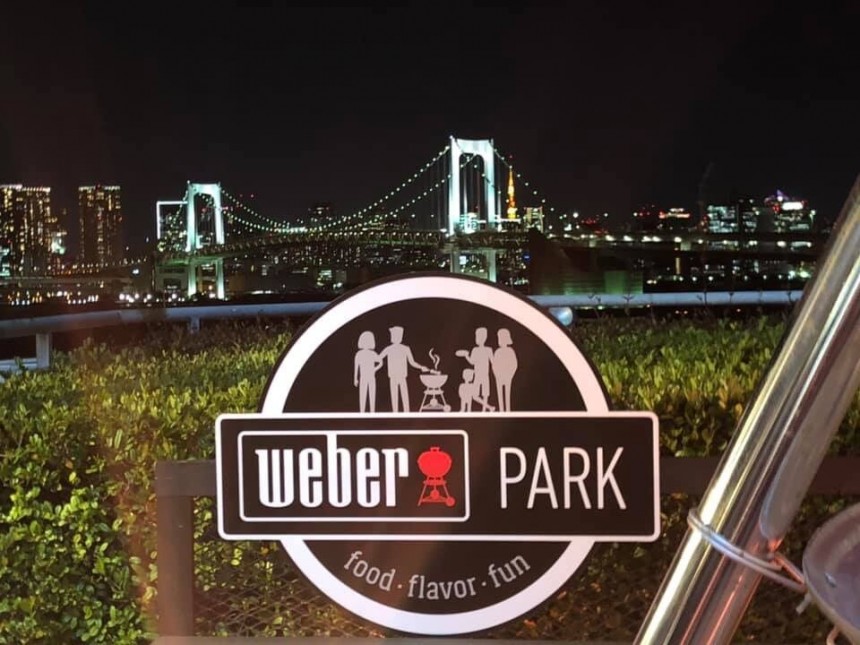 Operated by Weber-Stephen Products, an American company whose outdoor grills have become a cultural icon in the States, the barbecue park opened last June and is the first of its kind in Tokyo. Weber Park provides guests with the tools — literally and figuratively — to create the ultimate grill experience. Three different courses are available, as well as trained “grill tenders” who teach guests how to season and cook the optimal meal. Veterans like Yasokichi can simply take the reins and enjoy Weber’s premium equipment. 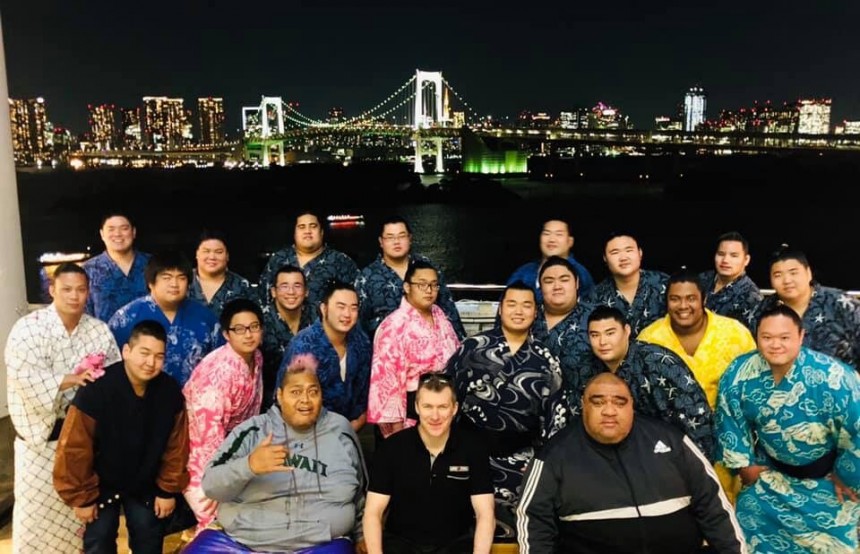 The park is currently reservation-only with plans to become walk-in friendly in the near future. In addition to Weber’s menu, guests can bring their own food and drinks through the “Bring Your Own Plan” (¥2,000 per person) and rent a grill for ¥1,000. Gorgeous views of Odaiba’s waterfront come at no extra cost. Also on the roof is the Grill Academy, where beginners and those looking to step up their grill game can learn tips from Weber’s barbecue masters.

The perfect outdoor barbecue might seem like a distant dream in a megacity like Tokyo, but places like Weber Park ensure that even city folk get the best of this universal tradition. With summer on the horizon, it’s never too late to book a spot at one of the city’s newest grill havens — and possibly run into a sumo legend, too.