First bursting onto the scene in 2016, Tokyo based three piece Tawings have been supporting the city’s bustling indie scene with their UK/U.S. inspired post-punk sound ever since. Supporting a number of foreign acts visiting the capital, Tawings has been building up a well earned reputation over these few short years. Metropolis caught up with them before their October show Dreamtopia to talk about foreign tours, influences and cheerleaders.

Why did you guys name yourselves Tawings? Is there any reason behind it?

We don’t have any specific reason to be honest. But we like the sound of the name and we think the spelling is beautiful. If you think about it being written on some American college sweatshirt for a cheerleading team, it would make a very cute logo.

You supported Jerry Paper’s Japan show last June. What else have you been doing this year?

It was great to play with him again. We met him two years ago in Hamamatsu, Shizuoka to support his show out there and we’ve been good friends ever since. When we went to America to perform at SXSW, we stayed in one of his band member’s houses. We really wanted to play with him again so we asked the organizer if we can support him, and that’s how last June’s show came together. We were really glad that we could support his band and meet him again. Other than that, we aim to release our first album this year, so recently we have spent a lot of time in the recording studio. 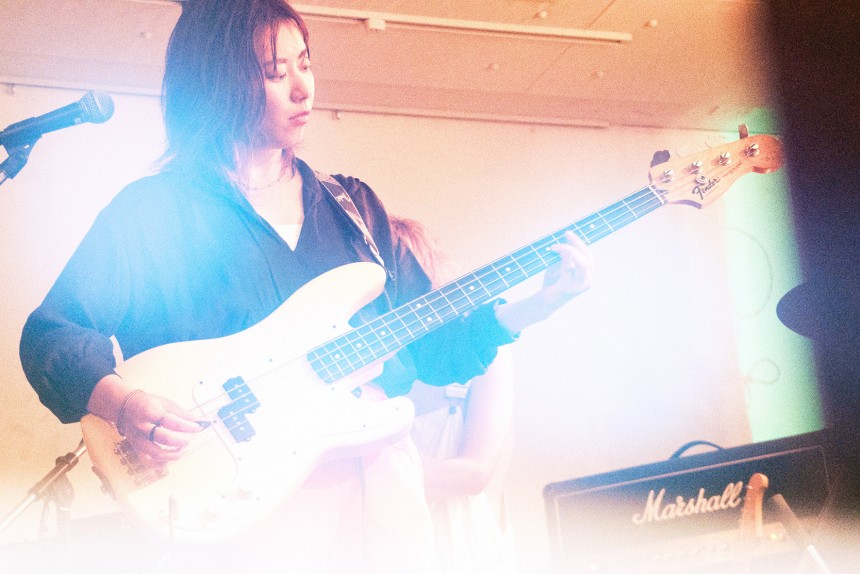 Is there any difference between performing in Japan and America?

Definitely. We played five shows at SXSW in America and we felt more welcomed there than in Japan. I think it’s because we grew up listening to US/UK music and our sound is similar to that scene. Actually we sometimes feel nervous before hitting the stage in Japan in a way that we didn’t feel in America. Playing in America feels like real party whereas playing in Japan is more like a recital to us.

Did you get a good reaction from American fans?

We had a very heartwarming welcome in America. The first show we did in LA was a proper house party which we have dreamed of played for a long time. Imagine Jimmy Eat World’s MV of The Middle. It was so much fun and people came up to us to talk after the performance, some of them even brought us some beers. It was truly a great experience.

You guys have supported a lot of bands on their Japan tours. Hinds, Japanese Breakfast and more… What is it like to do that?

It is such an honor to play with them and we love the bands we supported. But their fans are not necessarily our fans. It’s not always easy. So we would like to do a lot more of our own shows and events for our own fans. 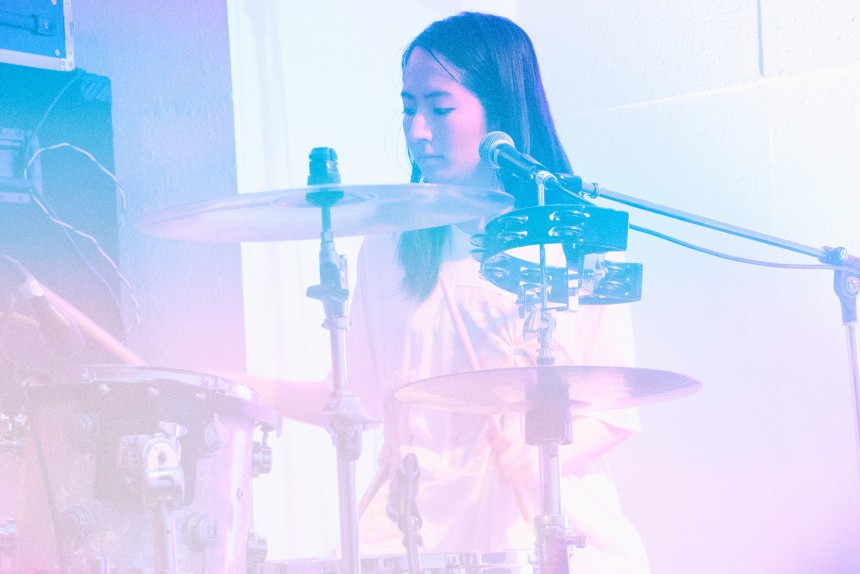 Any idea what the debut album is going to be like?

It’s probably going to include a few songs we’ve released already, but as it’s our first album it’ll be a bit of a statement of what we want to do with the band and everything we experienced in the past three years since we formed.

Do you guys have favorite songs to play on the stage?

Maybe “UTM.” Unfortunately it’s not our most popular song but I think as a song it showcases our really strong points as a band.

It seems like your musical roots are grounded in the 70’s or 80’s. Do you also follow the current music scene? Are there any particular bands you like?

Yes I like The Garden because they’re making big waves in creating a new kind of sound. I  really like their DIY approach. I’m also a big fan of the British post-punk band IDLES – I went to see them live in Tokyo last year and it was such an incredible show.

Tawings’ sound clearly isn’t mainstream, so in terms of achieving massive success in the modern Japanese music scene you might have your work cut out for you. What does it mean to be a young post-punk band in Japan?

Honestly we didn’t expect we would come this far. We thought no one would care about our music when we started, so this is more than what we expected. Also, there are a lot of young artists taking a more DIY approach to music, like Strip Joint. We like the idea of doing things in our own way. When we were in LA for SXSW, We saw lots of smaller bands but they were amazing, they made us feel okay to be the way we are. We want to keep our core values the same as they were the day we started, but we are also keen to learn and absorb new things in the future.

What can we expect from your upcoming show, Dreamtopia, in October?

We are very excited about it. We are so glad that Tawings and Luby Sparks are hosting this event together because finally we’re getting a chance to collaborate. Another amazing Japanese duo, jan and naomi, are also joining us. If you like one of the artists, you’re guaranteed to enjoy the other two as well.