The Tokyo International Film Festival will screen over 200 movies this year. Almost all Japanese and foreign-language movies will include English subtitles. Here are some of the highlights: 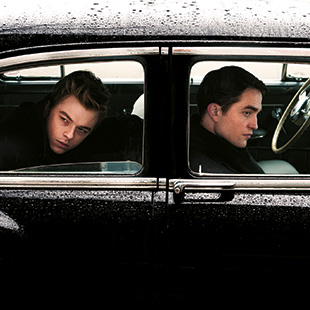 This year’s festival opens with Robert Zemeckis’ biographical drama about French high-wire artist Philippe Petit. While twelve people have walked on the moon, only Petite has ventured where he did in 1974. Overcoming odds, betrayals, dissension, and countless close calls, he executes a seemingly impossible plan in this emotional, character-driven story.

Inspired by the events surrounding an attempt to reach the summit of Mount Everest, director Baltasar Kormákur’s documentary follows the journey of two different expeditions that push themselves beyond their limits in the face of a fierce snowstorm.

Taking its name from the iconic American magazine, Luke Davies’ biographical drama about the friendship between James Dean and Life photographer Dennis Stock reveals the journey the two made together two weeks before the famed actor’s death.

This alternative event that debuted at last year’s TIFF returns with a new 35mm print of Akira Kurosawa’s They Who Step on the Tiger’s Tail, an adaptation of the Kabuki play Kanjinchō. As a special treat, renowned kabuki actor Kataoka Ainosuke will perform on stage. The screening will be preceded by a performance of Ame no Gorō featuring actor Kataoka Ainosuke.

It’s been almost 35 years since the release of Mobile Suit Gundam, and since then this monumental work of robot animation has influenced many filmmakers and their stories, including 2013’s Pacific Rim. This event marks the first time TIFF has held a special session for animation specific to a single series. Other Gundam TV episodes, films, and shorts will also be screened. 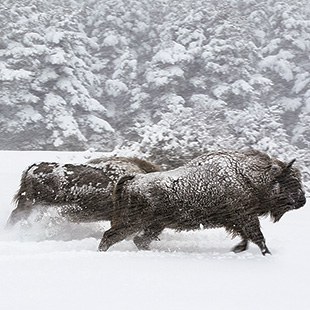 Jacques Perrin and Jacques Cluzaud, French directors of the 2009 Disneynature film Oceans, return to land in this documentary that traces the development of life on Earth, taking you back to the last Ice Age and following the evolution of nature up to modern times. A fascinating account of the history of living things, shown on the big screen.

This joint U.S.-U.K. film tells the true story of Jewish refugee Maria Altmann, who sued the Austrian government to reclaim a portrait of her aunt that was stolen by the Nazis. The legal battle revolves around Gustav Klimt’s iconic painting Portrait of Adele Bloch-Bauer I, and made it all the way to the U.S. Supreme Court.

Based on Michelle Wildgen’s novel of the same name, Jordan Roberts and Shana Feste’s screenplay follows the adventures of a college student with a thwarted dream and a classical pianist with ALS. It’s a touching story about the bonds of those from different backgrounds and making the most of the short time left.

The festival ends fittingly with a film about a final stop that becomes the starting point of a new journey. For a pair who abandoned their own lives, an encounter in Kushiro, Hokkaido, develops into a moving drama of renewal. Based on Shino Sakuragi’s masterpiece Hotel Royal, which won the 149th Naoki Prize in 2013.