To describe what Australian-born, Tokyo local Vaughan does exactly is near impossible. The editor of Good Coffee magazine, fashion teacher, go-to cafe expert and tour manager, the one thing we know he doesn’t do for sure is waste time.

This November and December sees the multi-faceted creative working with a few Australian bands who are bringing their talents to Tokyo for a number of shows in some pretty unique spaces. That’s Vaughan’s thing— beyond just typical tours he works tirelessly bridging the gap between Japanese and international creatives to produce something pretty special.

Vaughan spoke with Metropolis about how he got into the world of touring bands in Tokyo and why he’s shunned the live house scene to craft a more fascinating touring circuit.

“I’m in coffee, music and fashion — each and every month seems to be different, as I usually work on short-term projects. But one thing I try to do twice a year is invite an independent band from Australia to come to Japan. I’ll organize a string of shows for them in Tokyo, sometimes in small live houses, but often in small spaces that aren’t traditional music venues; a 60-year old coffee shop, a hidden bar with a bathtub, a secret lounge without signage.

The most memorable events, for me, are those in places where live music isn’t normally held. There’s a certain rawness and intimacy to them. It’s like your first kiss… it’s like you’re almost not sure whether it’s really going to go ahead, and you’re not quite sure exactly how it’s going to go, but adrenaline is pumping and the memories last a lifetime.” 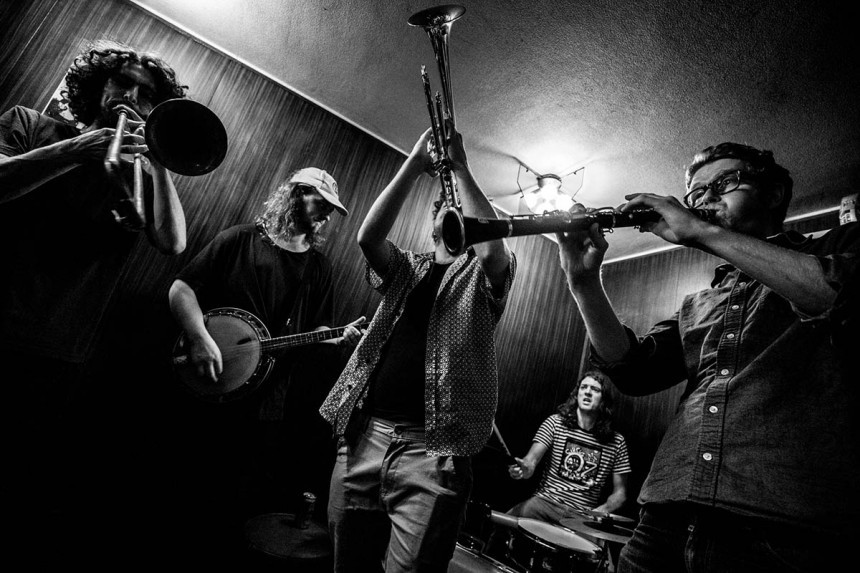 “There’s something uncanny about musicians that I love.”

“After I graduated university, I went back home to Melbourne and started a small artist management firm Red Balloon, which is now just a thing of the past. There I managed a few Melbourne outfits, mainly my brother’s band “Martin Martini and the Bone Palace Orchestra,” and really enjoyed organising national/international tours for the bands, and being tour manager— there’s never a dull moment. I loved being in a position where I could invest (a little bit of) money in upcoming artists to allow them to do their thing. By the end, investing little bits of money had added up to investing a lot of money which then in turn led to investing all of my money… and I ended up not having a cent to my name.

But looking back on it now, I don’t regret a single thing. Even to this day, I seem to surround myself with a lot of artists. There’s always just been something uncanny about musicians that I love. Their ways rub off on everyone around them — contagiously and creatively orgasmic. They seem to get to the core of life very quickly. Personally, I’ve been inspired by so many musicians, and just knowing them has made me the person I am today.”

“We usually just break even or end up a little in the red. But we’re way on top in terms of good vibes and great nights.”

“Straight after I landed in Tokyo 10 years ago, a couple of musician friends (Phia / Josh the Cat) came over for a holiday and stayed with me for a couple of weeks. A month or so before coming over the question came out of my mouth without me realising: ‘Want me to organize a gig for you in Tokyo?’. They said yes.

The next day I was at Streamer Coffee in Shibuya thinking of a venue to book for them, I looked around almost in search of a sign…and then thought to myself: “hang on, why not here.” Going from hanging out with musicians here to touring them was all just a weird kind of osmosis. I organised a small PA system, and decided to make it a free event. You see, my thinking was that Phia at the time had quite a following in Germany and Australia, but she probably didn’t have a single fan in Japan (except me!). So, I thought, if I try and book her at a music venue and charge ¥3,000 a ticket, how many tickets realistically will I sell? Even some of my closest friends probably wouldn’t pay to see someone they’ve never heard of, and with little or no online presence — it would be a miracle if we sold one single ticket, let alone pay the costs off.

So, I started it all off at coffee shops. It was a fresh idea in Tokyo to hold a live music show at a coffee shop, so a lot of the cafe regulars seemed curious to come along. A lot of alcohol was sold, which we take a percentage of, and we moved a bit merch. Granted, we don’t make much money, which even today is never the objective. We usually just break even or end up a little in the red. But we’re way on top in terms of good vibes and great nights.” 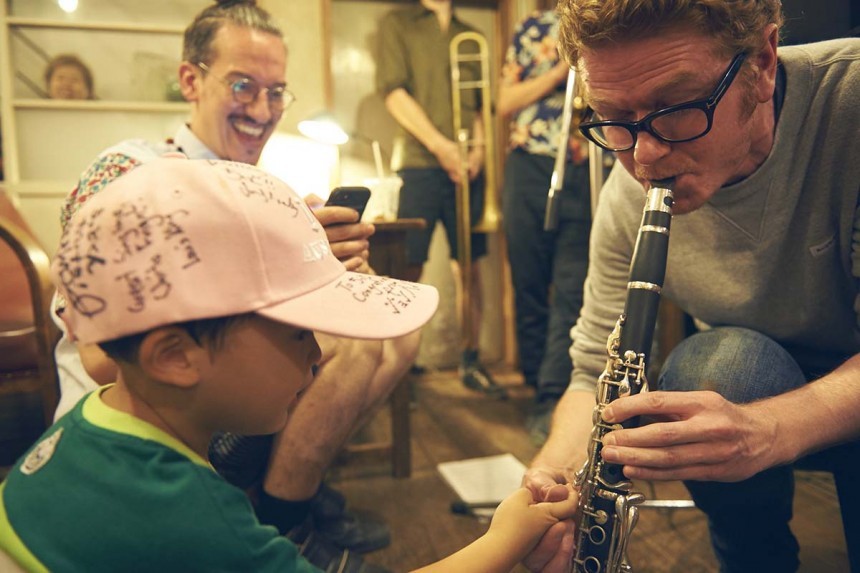 “I’ll never forget the acoustics in that dungeon.”

“It’s so intimate! There’s this connection that you would never feel at a traditional live music venue. I remember helping Melbourne artist Oliver Mann when he came over for the first time. He was playing at a little space in Hatchobori, which would be most accurately described as like your best friend’s apartment. After the show, the owner of the venue pulls out this Japanese hot pot and makes fugu nabe and the audience and musicians were invited to just chill and eat and drink and chat. It was one of the best nights of my life. You won’t get that anywhere else.

I remember the Lagerphones playing at Coffee Lawn for the first time. They shop owners had never had a live music event take place in the 60 years they’d been in business. And it took a little convincing. But finally they said yes. The night and experience was so good for the venue that a month later they organised another show there for a local artist. You can teach old dogs new tricks.

Another Australian band The Harpoons played an event at Davide Coffee Stop nearby Ueno. The opener there has a secret dungeon that he opened up. The Harpoons and the 25 people people who came along to see them went down, I’ll never forget the acoustics in that dungeon.

The police have arrived after the third song at more than one event. It’s always just a cautionary visit to request that the music is quieted a bit, but the gig has always gone ahead. Oh, except one time, when The Lagerphones were meant to play at Bar Toilet from 11pm to 5am. That’s a long story. But basically everyone just drank together for six hours and it got a little messy, but what happens on tour stay on tour.”

“I try not to plan too much…but stay tuned.”

“I’m working with Eastmint Records – and organizing shows for Cold Hands Warm Hearts, Hello Satellites and Yffer. This time, because of the nature of the bands we’ll be playing in a lot of live music venues. But I’m very excited to have them playing at the new Little Nap Coffee Roasters in Tomigaya. It’s on the third floor – really hidden – really special.

In December, I have organized for The Twoks to go around the country. We’ll be playing at Len in Kyoto which is a hip guesthouse, they’ll also be playing at The Local in Shibuya – a coffee stand which would normally hold about 30 people, but there will probably be 100 people in there. 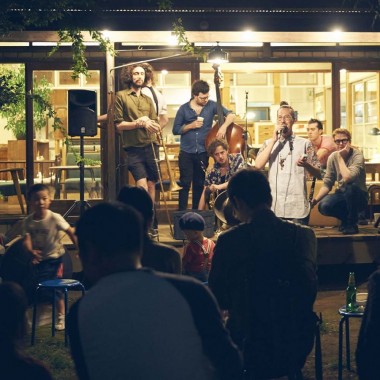 And then I’m already started to organize The Lagerphones fourth tour for next year. They’ve been the only band who I’ve had back a second time. They’ll probably all get married to the city of Tokyo one day. They love Tokyo so much. And Tokyo has embraced them to an unprecedented degree. It’s super exciting to be part of.

The big picture is trying to organize a yearly Japanese/Australian festival. I’ve got a perfect venue. I just need to speak with someone in the embassy to try to help with sponsorship. Most things are not organised yet. Everything just sort of falls into place somehow. So I try not to plan too much, but stay tuned.”