A guide to Tokyo’s iciest treats

If the summer heat’s becoming unbearable, nothing’s quite an antidote like ice—especially when it’s shaved. Seek refuge at some of Tokyo’s coolest joints that serve up a refreshing cup of kakigori—or shaved ice. 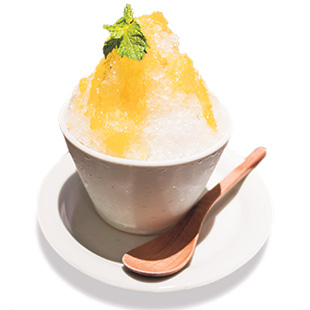 It doesn’t get much more Japanese than sake—or nihonshū. So why not turn your attention to purveyors of this delicious drink when it’s time for kakigori? Sake Shop Fukumitsuya offers choices from Amazake Ginger, Kuromirin Milk Jam, or Akazumitsu Natsumikan (pictured; all ¥680).

Doused with generous amounts of the popular Japanese citrus fruit, which has been infused with red vinegar nectar, this kakigori is a delicious mix of ice and marmalade textures. Topped with mint and served with the kind of traditional flare one would expect from a sake shop, it’s a tasty way to cool off this summer. They even offer extra sauce if things get too watered down. 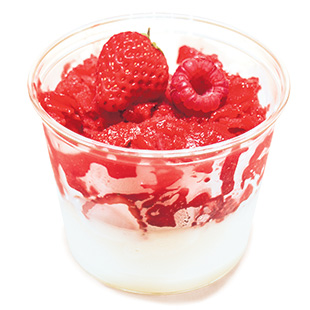 For those looking for an elegant icy treat to appease sophisticated tastes amid the generally barbaric selection of kakigori that’s commercially available, the swanky patisserie Sadaharu Aoki Paris is here with its summertime offering: the Kakigori Rose et Framboise (¥520-¥840).

This treat is a smooth rose cream mousse, topped with shaved ice that’s infused not with syrup—because you’re better than that—but with fresh, tangy strawberry purée. The result is a fruity, floral flavor fit for a princess.

Eat fast, though; this one’s a melter. 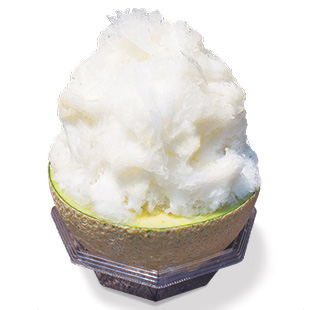 If melon had a T-shirt, it would read “Big in Japan.” And when it comes to YukiUsagi’s Marugoto Nama Melon (¥1,200), the reference would be literal—this thing is huge. Served in an actual melon half, this tower of shaved ice is almost a meal unto itself. Don’t be deceived by the lack of colorful ice. Topped with light melon syrup that’s not too sweet nor artificial in flavor, this icy refresher leads down to a canyon filled with delicious, fresh melon. A bit pricey, but worth it.

Until August 23, you can find YukiUsagi at the Roppongi Hills Daihatsu Wake Kakigori Collection from 11am to 9pm (but order early—this one sells out quickly each day). They also have a shop in Komaza between Sakurashinmachi and Komazadaigaku stations. 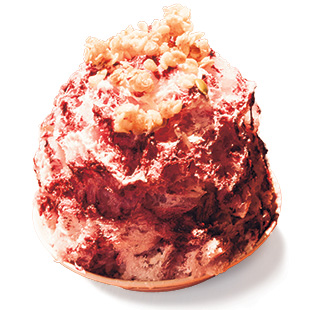 It appears as though desserts that are standard worldwide must undergo a makeover from which they emerge a gourmet designer treat.

Such is the case at Yelo, a kakigori café and bar in Roppongi. Here, the humble shaved ice is transformed into larger-than-life mountains of goodness, meticulously concocted in unique flavors such as the Mango Lassi, Acai Yogurt, Tiramisu, Pastel, Avocado Mascarpone, and the Carrot Mascarpone, in addition to the tamer Strawberry Milk, Caramel, and Green Tea offerings. Toppings available. At ¥800-¥950 a pop, they don’t come cheap—but you get what you pay for!

Thirs-tea? These recommendations will keep you quenched all summer-long