The Tavern is the first and oldest British pub in Yokohama. Modeled on the image of a cozy and inviting late Victorian era pub, for over 30 years it has been a popular spot for both foreign and Japanese clientele to eat, drink, relax and socialize. The pub’s founder, Bristolian John Watkins, can also make a solid claim to have opened Yokohama’s first international sports bar at a time when it was difficult for sports-loving expats to see broadcasts or recordings of their favorite teams in action.

The Tavern’s history dates back to 1985. Watkins, who had quit his job as a cruise ship photographer after falling in love with Japan’s historic port city, decided to settle down in Japan’s second biggest urban center. He opened the original Tavern in Yokohama’s Chinatown, and then a second pub near Yokohama Station’s west exit in 1989. (Though the Tavern in Chinatown closed in 2004, the Tavern near Yokohama Station is still going strong.)

“At the time, there were basically no international rugby matches broadcast on TV in Japan, either regular or satellite,” explains Watkins. “But I wanted to show the matches at the Tavern.”

Accessing recordings of the games privately was the only way to be able to show them in the pub, so Watkins took full advantage of the technology available at the time. He asked his elder brother Chris to send him VHS recordings of rugby matches and other sporting events Chris had recorded on his television at home in England. Watkins would then show the recordings on the Tavern’s TV monitor.

“Chris would send me the tapes by air courier a couple of times a week, and so I was able to show matches that had taken place three days previously. I think we were probably one of the only bars in Japan doing this. We were definitely the only one in Yokohama.”

Though the VHS tapes provided a welcome variety, domestic sports were shown as well. “In addition to the recordings Chris sent, we would also show whatever was available on Japanese TV. You could get some American sports, and occasional Japanese football matches, though J-League hadn’t been established yet. And of course lots of baseball as well as the occasional rugby match.”

In regards to baseball, Watkins relates an interesting anecdote: “One day I decided to take some time off and go see a baseball game at Yokohama Stadium with a friend. The home team was the Taiyo Whales, the old name for the Yokohama Bay Stars.”

While Watkins and his friend were in the stadium, some customers came into the pub asking if he was in. The manager replied that no, John was feeling ill and couldn’t come in today.

“Commenting that it was a shame I was ill, they then looked up at the game being shown on TV. The camera zoomed in on me and my friend, maybe because we were among the only foreigners in the crowd. We were holding our beers and laughing. The customers said, ‘Hmm, yes, he looks ill.’ It was rather embarrassing, but funny.”

As pub owner, Watkins is able to set the priority for which sports are shown, and that priority has always been rugby.

“I’m from Bristol, in the Southwest of England. I’d say that generally there’s long been a preference there for rugby over football, so my own preference reflects that. Here at the Tavern, if a Premier League football match and an international rugby match are both broadcast live at the same time, then the rugby match gets shown. (And we’ll show a recording of the football later). Rugby has priority in this bar, and it always has, so rugby lovers know they’ll get to watch rugby if they come here.”

That said, Watkins makes it clear that he is definitely not anti-football. “I don’t hate football, I just prefer rugby.” Indeed, rugby-football broadcasting conflicts are few enough that fans of “the beautiful game” have ample opportunity to watch plenty of matches at the Tavern, both live and recorded. During the next FIFA World Cup in 2022, live matches, including the final, will definitely be shown. 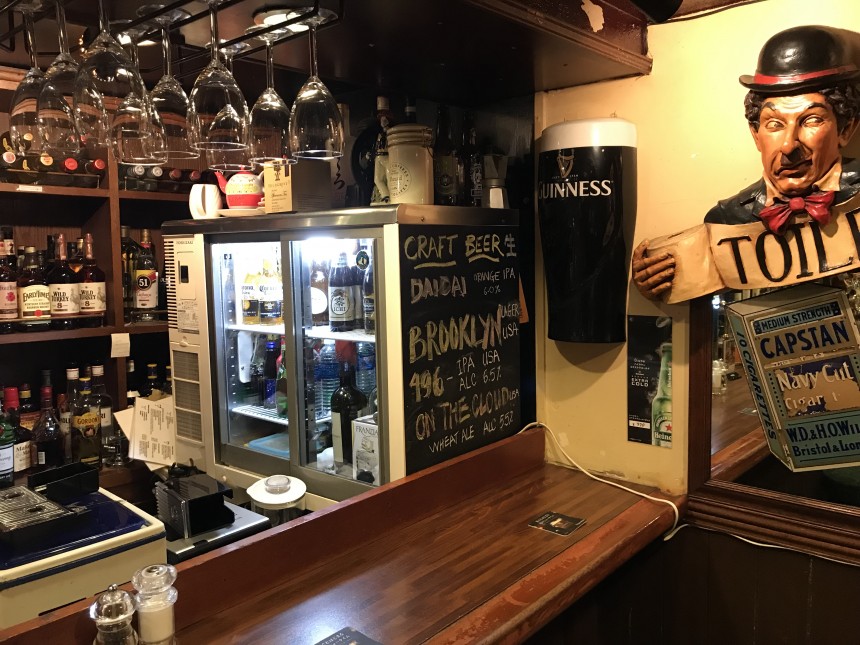 A planned improvement to the Tavern prior to kickoff is to install an extra monitor in addition to the large projector screen already in use, so that patrons will be able to watch the rugby matches with ease from any angle.

A limit on how many people can enter the pub will also be implemented, based on a lesson learned during the 2002 FIFA World Cup, hosted by Japan and Korea.

“On days we were showing the matches live, so many customers came in that it became impossible for anyone to move around the pub, which also meant that staff were unable to provide service. It was more crowded than a Tokyo rush hour train. So for the Rugby World Cup this year, we plan to control the maximum number of customers that come in, even if it means turning people away at the door. We’re probably going to have a pre-sold ticket system, at least for important matches. Once I decide on it, the details will be announced on the Tavern website.” 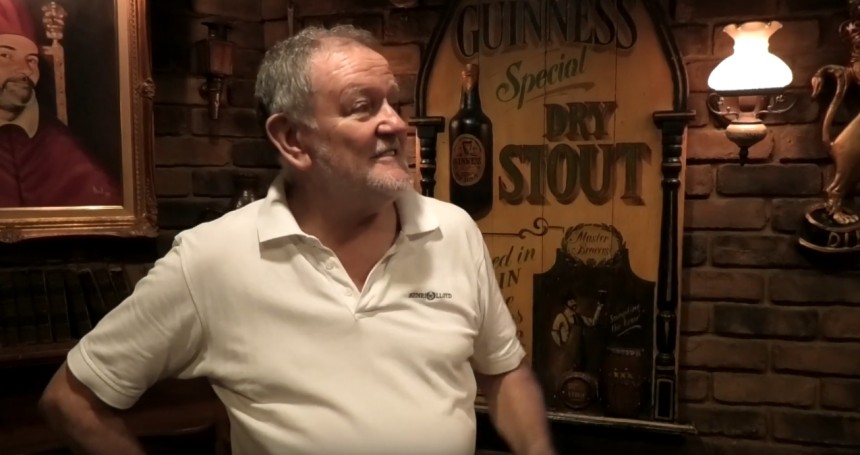 He also plans to implement a temporarily simplified food and drink menu to facilitate quick and efficient service to the large number of customers expected. Simple but hearty fare such as shepherd’s pie and bangers and mash will be in abundance. A variety of beers on tap and in bottles will be offered as usual, in addition to wine and cider, while cocktail choices will be quickly prepared varieties such as gin and tonic, highball and vodka soda. While there is a check system at the Tavern, the cash on delivery system more familiar with many fans visiting from abroad will be the rule during Rugby World Cup matches.

The Tavern currently has both smoking and non-smoking seating, but during the Rugby World Cup the entire pub will be a non-smoking venue.

Waktins notes that Anglophone visitors to Japan will find the Tavern to be a venue with no language barrier. “We’re an English pub, all our staff speak English, and our menu is in English,” he explains. “So I expect we’ll get a high proportion of rugby fans visiting from the UK and other English-speaking countries.”

The Myth of a True Chinatown in Japan

Searching for community in an amusement park