13 Things to Do in November

Oxford four piece and 90s shoegaze champions Ride return to Japan to showcase a glorious blend of old hits, and tunes from their new album This Is Not a Safe Place. Ride hit the indie big time in the early 90s with a series of timeless EPs before calling it a day in 1996 to return a few years back with the Weather Diaries album. The band’s Tokyo gig is sure to be a joyous celebration of shoegaze and British indie rock. 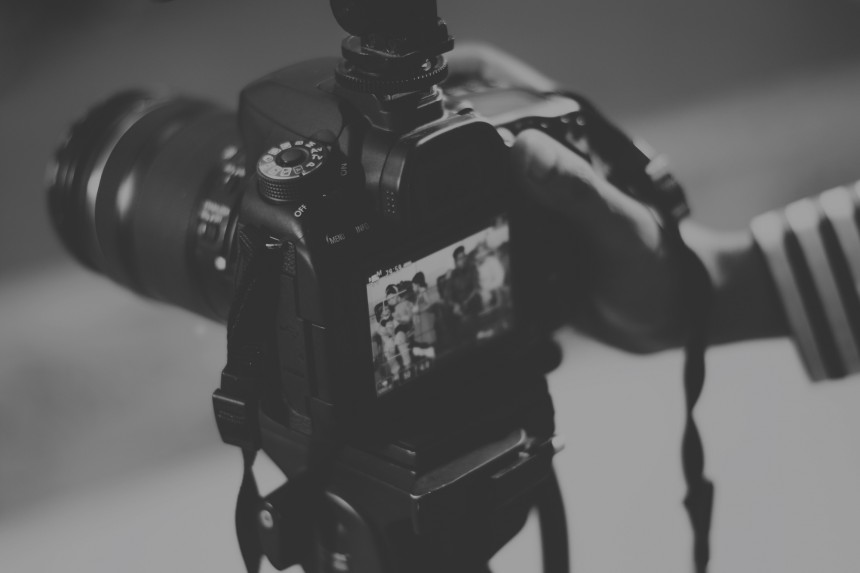 Masataka Nakano, one of Japan’s most intriguing lensmen, has been photographing Tokyo for over 30 years. Nakano’s oeuvre, however, isn’t the ubiquitous neon and bustling city streets. He captures Tokyo in its most silent and eerie — waiting outside train stations in early morning when the metropolis is deserted. His “Tokyo” exhibition in Ebisu is one of the anticipated photography exhibitions of the year and a chance to see a photographer at the height of his powers. Unmissable. 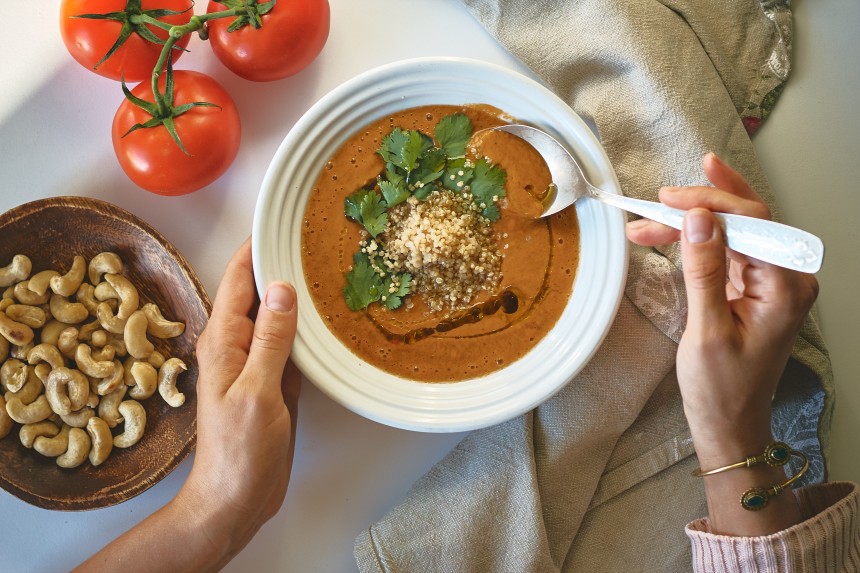 Japanese curry has come a long way since its humble roots in Meiji-era mess halls, now enshrined as a Japanese favorite. With more than 60 eateries hosting this cultural staple, Kanda is pushing its own curry renaissance in any way it can, the crown jewel of which is the annual curry grand prix. This year, stroll around the 500 plus booths of original, Thai and Indian curry and eat to your heart’s content — don’t stop till you hear the clink of your spoon. 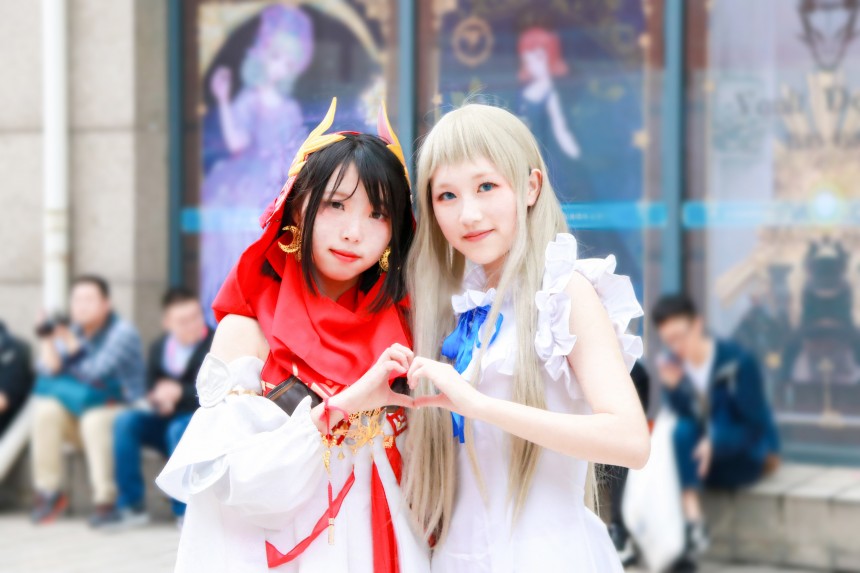 This cultural juggernaut finds its roots in 1970 San Diego, where Shel Dorf and a tight-knit group of fans brought their dreams to life through a celebration of all things comic books. The Con has since evolved and after coming to Tokyo in 2016, Japanese fans of geek culture have been able to bask in the panels, live shows, cosplay events and lines which come with this nerd mecca. Keep your eyes peeled for Zachary Levi and Rupert Grint among the thousands of fans. 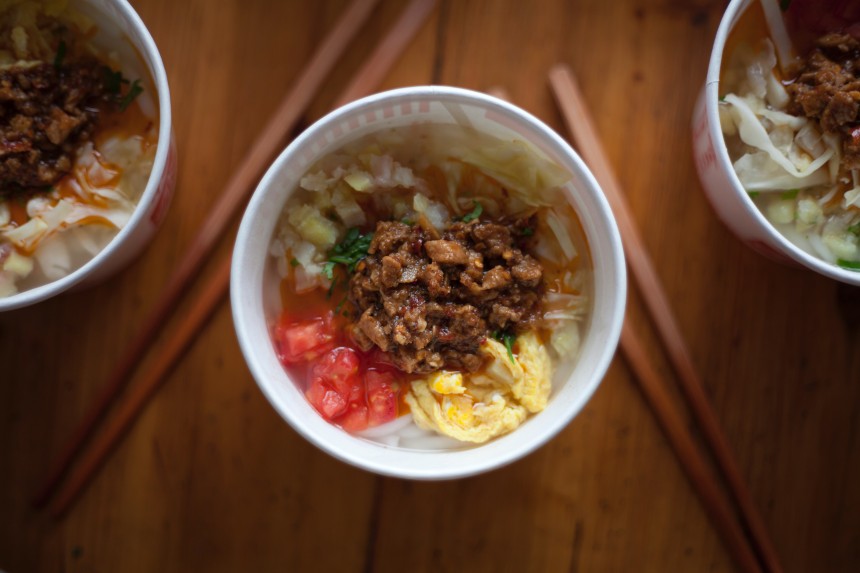 Located in the far east of the metropolis, Tokyo’s Katsushika ward has a long but often obscured history. Held every year since 2014, Katsushika Food Fest shines a well-deserved light on the district and its numerous winding shopping arcades, home to some of the city’s best hidden food gems. With 49 stalls and performances from Yoshimoto Kogyo stars Matenrou and Joyman, this year promises to be the event’s biggest — come for the community and stay for the great food. 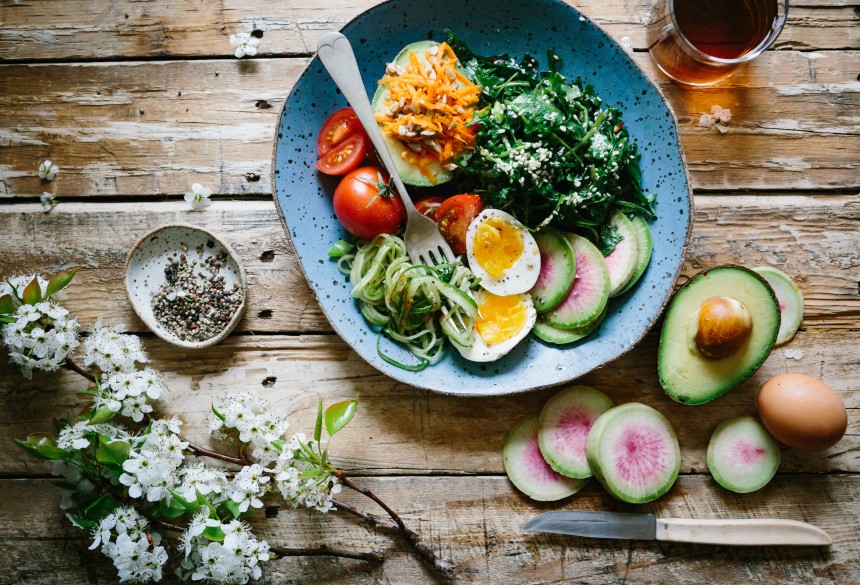 Being vegetarian or vegan in Japan can sometimes be a struggle, especially when eating out with friends or colleagues. Thankfully, Tokyo Veggie Food Festa will bring an abundance of vegetarian and vegan food options to over 45,000 visitors this month. There’ll also be a market selling organic vegetables and environmentally-conscious products, such as cosmetics and clothing that stand against animal testing and the use of harmful chemicals. Whether you’re vegetarian, vegan or just eager to help our Earth, the festival is not to be missed.

An unmissable opportunity to give children an insight into the wider world in which they live, Kineko International Children’s Film Festival is a non-profit dedicated to enriching the cultural lives of the nation’s children, and with over 10,000 attendees annually, it is one of Japan’s largest film festivals. Classics like Peter Rabbit and Chibi Marukochan will be screened alongside newer works such as 3feet and White Pebble, all free for kids to rate and criticize in the competition for best film. 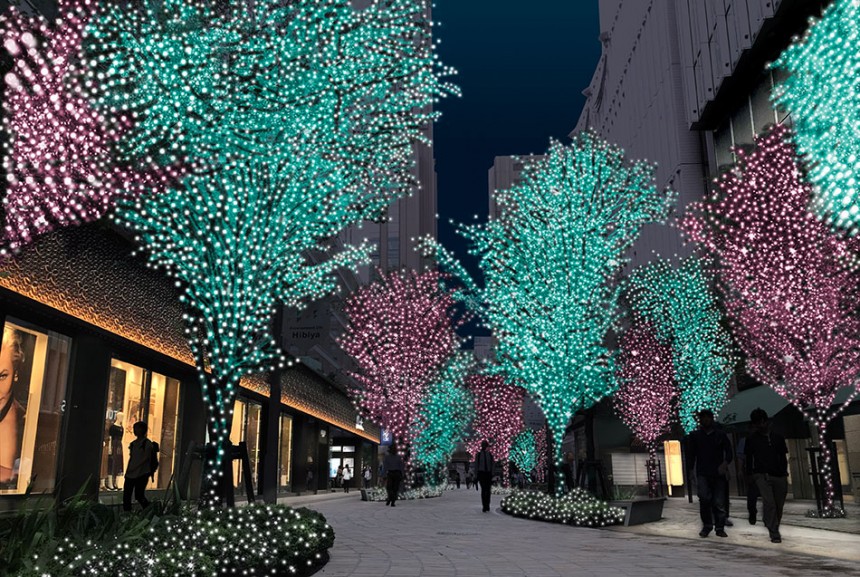 Magical festive illuminations will deck the entire Hibiya area in the run up to the Christmas season. It’ll be the perfect opportunity to snap some Instagram shots and share in the capital’s Yuletide celebrations. A Grinch-themed staircase adorned with thousands of green lights, a giant rooftop wreath and a dazzling 8-foot Christmas tree will be just some of the highlights for this year. If you go when it’s raining, the tree’s lights will be twinkling in time to “Singing in the Rain” for a special performance. 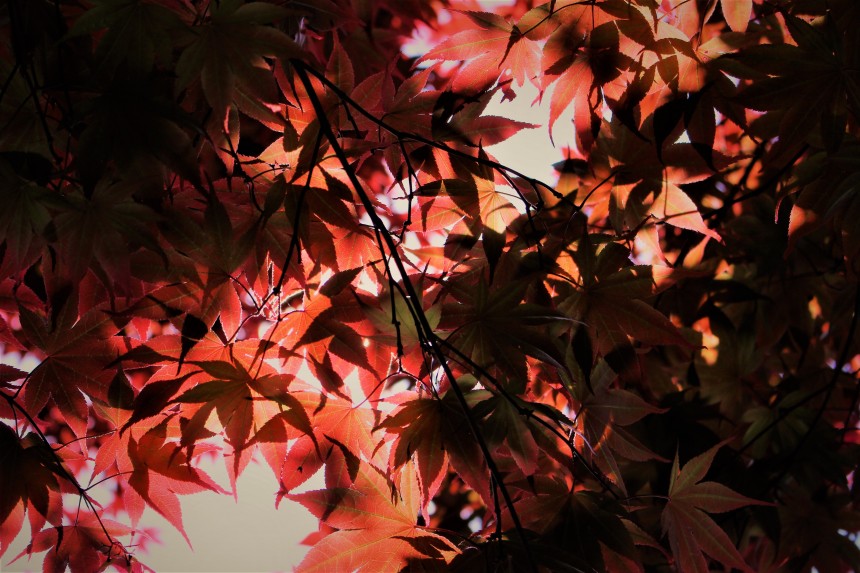 From mid-November to early December the elegant grounds of Rikugien’s landscaped gardens will be illuminated, allowing guests to admire the reds and golds of the trees in their full autumnal splendor. The trail takes around 90 minutes to complete and winds through different areas designed to represent passages from “Kokin Wakashu,” an early anthology of waka, a form of Japanese poetry. Although the leaves are stunning during the day, the gardens are even more photogenic in the evening. Expect it to get more crowded as the sun starts to set. 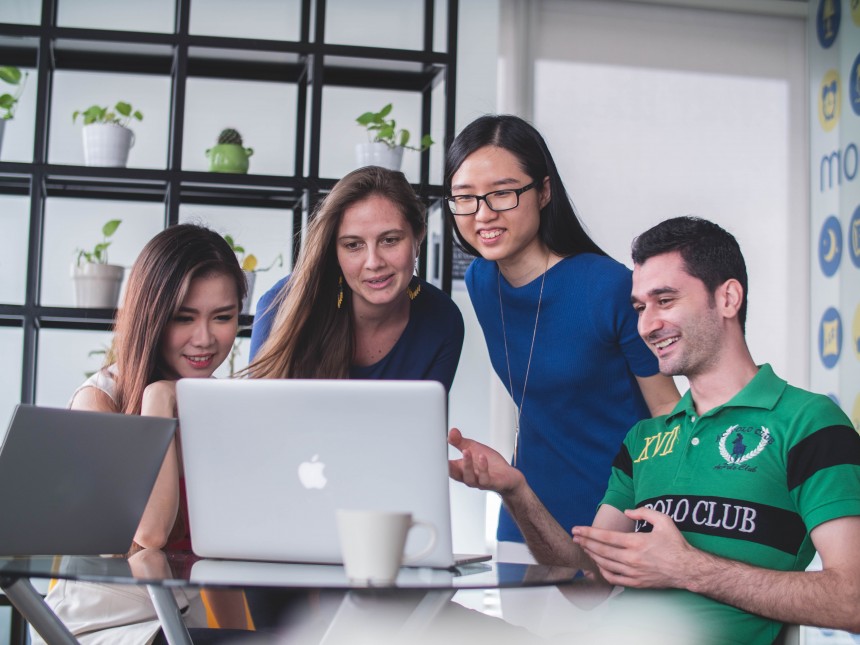 To celebrate the opening of its new Setagaya campus, Temple University Japan is throwing open its doors to the community for all to enjoy. Pumpkin carving and tarot reading are on the cards, with an international food hall serving up delicacies from around the globe. Keep your eyes peeled for some stand-out performances from mediums old and new, bugaku (a mix of martial arts and traditional culture), a calligraphy show and indie rock will take the stage. 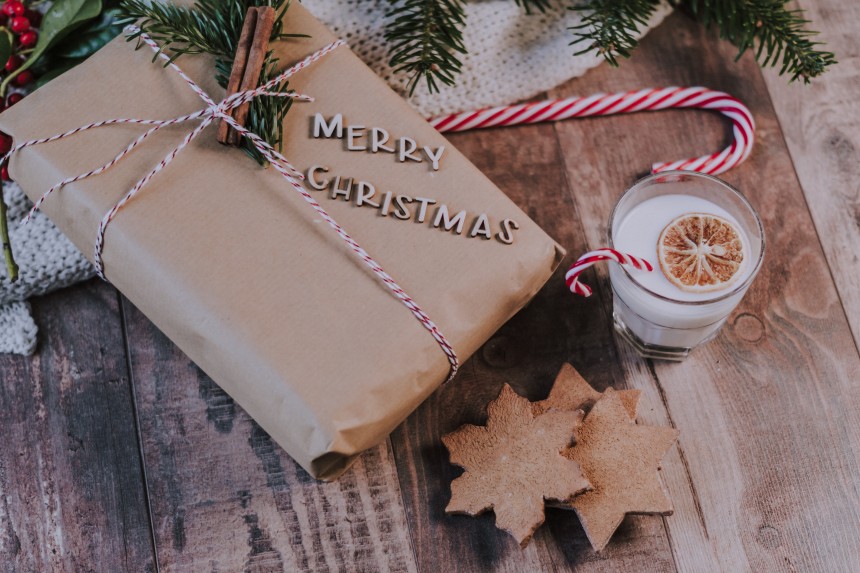 Originally an outlet for the institutions aided by the International Ladies Benevolent Society (ILBS) to sell their hand-made goods, the annual Christmas Charity Fair has expanded over the years to include a myriad of baked goods and handicrafts. Fantastic raffle winnings are on offer this year with restaurant certificates from Andaz Tokyo and The Peninsula Hotel as well as a handbag from the Wako department store up for grabs. 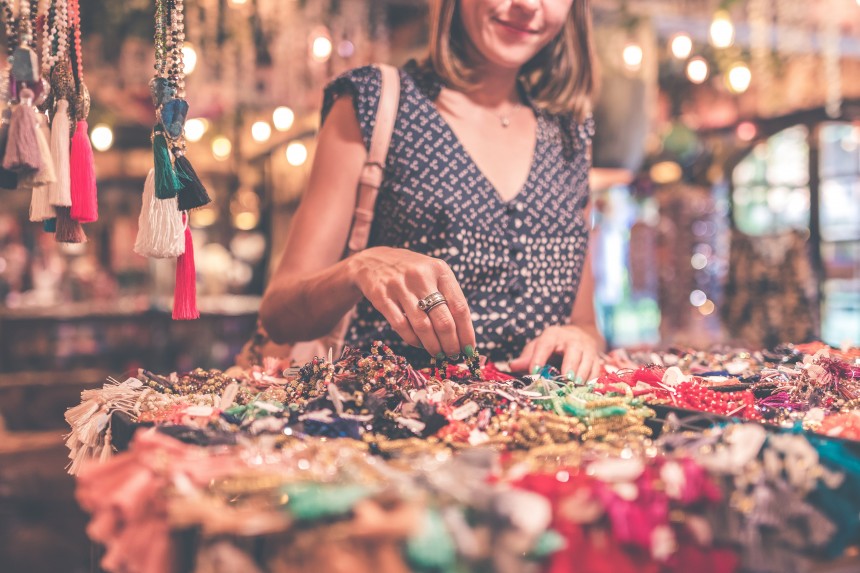 In the run-up to the holiday season, quality homemade fare may seem like it’s in short supply, that rustic touch of good craftsmanship lost in a sea of plastic. Enter the Tokyo American Club’s International Bazaar. The women’s group sale returns with over 60 vendors selling a range of gifts, from stunning porcelain to elaborate jewelry, all in the name of raising funds for selected charities. The first night is members only but the market opens to the public from November 13 onwards. 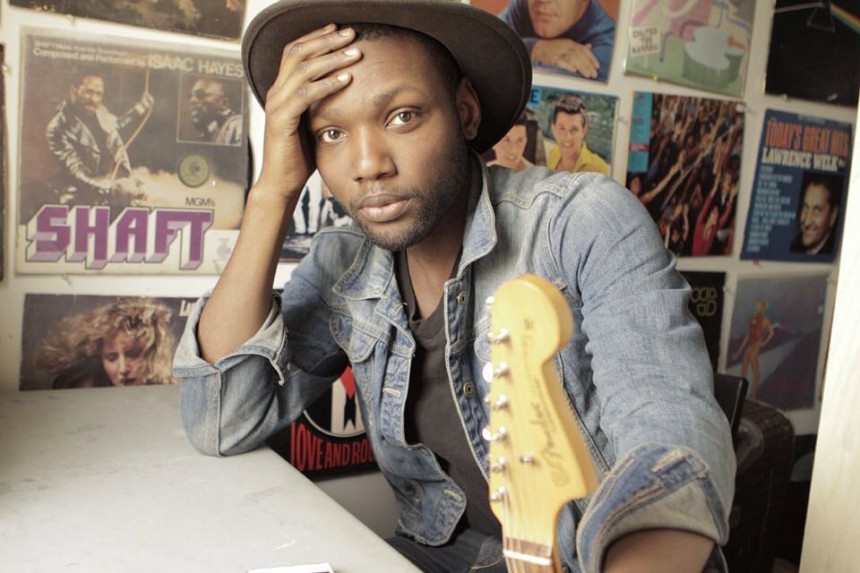 Ever since hitting the lights of the NPR Tiny Desk Contest fame in 2018, multi-instrumentalist, producer and performer Naia Izumi has been taking his declarative and soulful work outside the streets of L.A. where he busks to the wider world. November of this year finds him in Shibuya’s 7th Floor livehouse, where the experimental and eclectic performer will showcase some of his technically complex but powerful work to the crowd.