Grow Your Own In the City

Food. Everyone needs it, Japan seems to be swimming in it, and it will always be available. Won’t it?

That’s what I thought—until the March 11, 2011 disaster not only shook Japan but also everything I knew and took for granted about basic sustenance.

Like many Tokyoites, I never thought twice about growing food. It was always easier to buy it from the supermarket. But after seeing scenes of the utter destruction in Tohoku, and, two weeks prior to the Tohoku quake, those caused by the deadly earthquake in Christchurch in my native New Zealand, everything changed. I questioned where food would come from if a massive tremor struck Tokyo and caused severe structural damage to the city.

Would the government be able to step in and provide emergency supplies to millions of affected people? Or would there simply be total chaos as people’s emergency supplies (if they had any) dwindled, thirsty kids cried out for water, and people began fighting over food?

Bottom line: where would the food come from?

I had no realistic answer to that question and so, drawing on the vast food-growing experience I didn’t have, I put a seed into soil in a pot behind my house and it grew into a vegetable.

After repeating that process a few times, and eventually renting a 3×5 square meter patch in a local community hatake (garden), I grew over 1,000 tomatoes, more than 200 cucumbers and a veritable ton of other vegetables and herbs by the end of 2012. I had found my answer: urban farming.

That same year I launched an urban farming and sustainability business. Since then, I have taught urban farming, sustainability and disaster recovery lessons to over 400 school students, teachers, parents and office staff with the aim of teaching people how to grow healthy food—without chemicals—in virtually any sunlit location in the city.

I also help people install sustainable gardens at homes and workplaces, provide garden maintenance services and resources, and encourage people to grow and donate it to a food bank, Second Harvest Japan, as a way to support the community.

Students learn how to grow real, healthy food on-site in pots, planter boxes, gardens, on walls, balconies and rooftops. I also teach them practical self-sufficiency, disaster preparedness and survival skills—including how to capture and recycle rain and “greywater,” and make their own compost—all life skills which can be passed on to future generations. 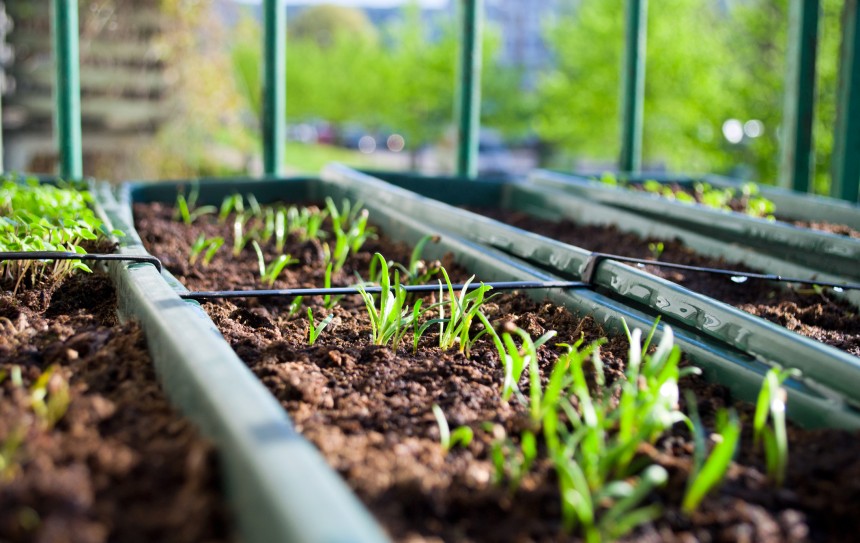 Why am I doing this?

Firstly, to promote better health. Modern commercial farming typically involves dousing crops with agricultural poisons—otherwise known as fertilizers, herbicides, etc. We would never spray air freshener or other chemicals on an apple and eat it, and yet many people rarely think twice about buying and eating poisoned food. (Yes, we actually pay money for food that has been deliberately poisoned.) These toxins poison whoever consumes them, and have been linked to allergies, disease and death.

Secondly, to promote a cleaner environment in which people grow some of their food—without chemicals—in the city. This helps reduce the amount of poisons leaking into the soil and the environment, reduces food miles, and helps ensure all food is ultra-fresh and tastes like food should.

What are the benefits?

Ask your grandparents. They know the importance of clean-grown food, but perhaps couldn’t articulate it like many can now. In light of the emergence of so many illnesses, diseases—and even death—caused by poisoned food, an entire new vocabulary has sprung up.

Growing food in the city without chemicals produces food that sustains, strengthens and heals us (what food should do), rather than causing sickness, disease and death (what food shouldn’t do).

It’s a 21st-century nod to how food used to be grown, when everything was always “organic.”

Not using chemicals means soil—and the food growing in it—doesn’t get poisoned, which helps support sustainable farming and natural ecosystems. The maths works, too: one ¥150 tomato plant growing in the ground can produce around 200 cherry tomatoes, which would cost around ¥2,000 in stores.

Urban farming also enables greater food self-sufficiency, improves disaster preparedness, increases survival chances if a major disaster (think earthquake) strikes, and puts city dwellers back in touch with nature, which has the added benefit of increasing people’s awareness and appreciation of the only planet we have.