Tokyo-based alt-rockers The Watanabes lean toward the folk-rock end of the genre, à la Crowded House—and like the Aussie group, The Watanabes are fronted by two brothers: Duncan and Selwyn Walsh. Until the fall of 2014, their credits included two albums, a placement in an ad for Triumph motorcycles, as well as airplay on the BBC and CNN. 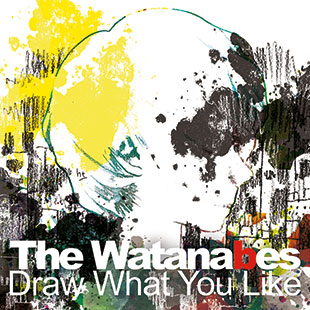 This September, the launch of Draw What You Like—their latest EP—added a new page to the band’s already impressive resume. With five new songs, the release recalls The Watanabes’ familiar, relaxed vibe while reaching new heights in songwriting and musicianship.

Producer David Naughton, who has worked with the likes of Belle and Sebastian and Teenage Fan Club—as well as The Watanabes on their second album, You’re Dancing I’m Absorbed—stretched the band’s sound by including new instrumentation such as sax and cello.

Draw opens strongly on its first three tracks. Despite its gloomy title, “There’s Something Wrong” is a bouncy clap-along; slightly less cheery is “28 Years,” whose protagonist wonders if he should “have some kind of plan by now.” “Make Things Better” starts off acoustic and stripped as the subject renews his belief in hope, stating, as the EP title proclaims, you can “draw what you like.” The closer, “Drench You in Sun,” pales in comparison to the other compositions, however, making for a weak finish. But with solid instrumentation and haunting writing almost all the way through, Draw What You Like is definitely worth picking up.

Draw What You Like is available on iTunes and at Tower Records. For more information on The Watanabes, check out www.thewatanabes.com.