2021: What is the Future of Japanese Literature?

Japanese literature in translation has won plenty of acclaim in recent years—acclaim that only continues to increase. 2018’s “Convenience Store Woman” by Sayaka Murata and translated by Ginny Takemori sold more than 650,000 copies, made the shortlist for multiple major book awards, and was named a best book of the year by 14+ major publications from The New Yorker to Buzzfeed.

Each year, at least one—and increasingly, more than one—work of translated Japanese fiction becomes a commercial and critical hit in the U.S. and UK. Importantly, these books are by a variety of authors, a far cry from days not too long ago when Haruki Murakami stood nearly alone in his popularity beyond Japan.

One impressive factor in the continuing ascent of Japanese literature in translation is that many of these authors—including Murata, Ogawa, and Miri—are known for their adventurous styles and bold literary conceits. These authors write in a mode that is nothing short of capital L-literary fiction, but it has still played well and sold well abroad.

“I notice reviewers often complaining about a lack of plot, or a lack of conclusions, in Japanese fiction,” says Lucy North, translator of Hiromi Kawakami and Kono Taeko, among others. “‘So what?’ is a common response.”

For example, Murata’s 2020 follow-up novel, “Earthlings,” a bold and violent novel in which the protagonists long to shed their status as human altogether, creatively uses science fiction and magical realism as literary devices. 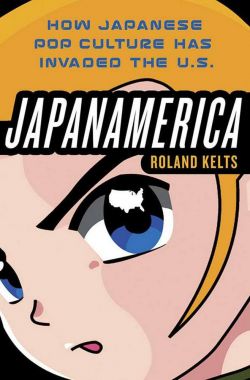 “I wasn’t surprised Murata’s “Earthlings” was translated,” says Roland Kelts, author of “Japanamerica: How Japanese Pop Culture has Invaded the US,” contributing editor to MONKEY magazine and visiting professor at Waseda University, Tokyo. “I was taken aback by all the positive reviews, however, given that Murata takes such a different and unorthodox approach to the prose, storytelling rhythms and characterizations.”

“I also sense a kind of playfulness with settings and ideas considered traditionally Japanese: food, folk tales, customs and social norms,” says Kelts.  “Where once Japanese contemporaries would infuse their stories with an international flavor…today’s Japanese artists and writers seem squarely refocused on Japan.”

Notably, almost all of the biggest movers in contemporary Japanese literature are women. Kelts and Shibata both cited Aoko Matsuda’s story collection, “Where the Wild Ladies Are” (translated by Polly Barton), as representative of the current state of Japanese fiction. “Where the Wild Ladies Are” blends old Japanese ghost tales with contemporary feminist concerns, written with humor and wit. Feminist and women-driven writing sailing to the top of the literary world might seem like a surprising development in Japan, where women have struggled to gain equality in political, economic and artistic spheres. 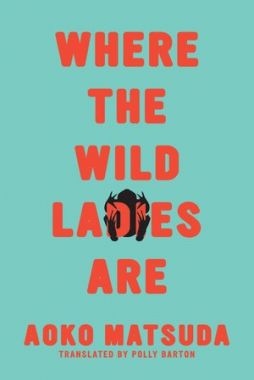 Where the Wild Ladies Are by Aoko Matsuda

“When I first ‘got started’ as a translator…male writers seemed to dominate the field,” says North. “I was conscious of a desire, almost an obligation, in academia to come up with women writers involved in a recognizably feminist struggle.”

Continuing feminist movements, increased women workforce participation, and a growing taste for women writers internationally are all factors that have propelled writing by women to the top of the Japanese literary scene. “Women writers have long been active in Japan,” North says, “but it’s only recently that this has started to be reflected in what gets translated and published in the English-speaking world.”

How much higher can Japanese literature rise?

Other factors for the general rise of Japanese literature abroad include the increased popularity of Japanese pop culture via manga and anime, a wider and more diverse pool of translation talent, and the smash-hit success of Murakami.

U.S. and UK publishers have (wisely) been on the look-out for the “next Murakami,” billing authors as his successor whenever possible. One candidate, Mieko Kawakami, who is one of Murakami’s favorite contemporary writers, had her novel “Breast and Eggs” (translated by David Boyd and Sam Bett) published in English just last year. Of course, the two authors could not be more different. But at the very least, the publishing industry’s search for the “next Murakami” has resulted in an openness to Japanese literature in translation.

“Before Murakami, contemporary literature was supposed to be very difficult, serious and not much fun,” says Shibata. “Murakami made it more accessible, reader-friendly, and he manages to be deep as well.”

Humor, hyperbole and playfulness certainly form key parts of novels by Matsuda and Murata, but the writing of Kawakami and Ogawa is intense, serious fiction. But that hasn’t hindered their success. We’re moving into an era where a Japanese writer doesn’t need to be pigeonholed to succeed—an author doesn’t need to be a “modernist master” or “the next Murakami” or a “feminist icon” to earn translation into English.

Metropolis’ ‘5 Japanese Novels to Read in 2021’ captures this sort of range: disturbing literary fiction by Natsuko Imamura, the punk sci-fi of Izumi Suzuki and new stories by Mieko Kawakami and Haruki Murakami.

The future of Japanese literature is going to be even more open and diverse than it is today. The continuously growing international manga market is already grabbing more and more readers into fictional Japan. Literature can keep pace by expanding beyond the usual tropes into a greater variety of subject matter: ‘identity’ fiction about minorities in Japan, genre fiction including historical fiction, sci-fi and fantasy and nonfiction that reaches beyond orientalist tropes.

“I’m hoping we see speculative fiction, more historical fiction, more writings by various different types of Japanese, including those of mixed or complex heritage and more writing about interactions with the natural world,” says North.

In 2020, there’s a manga and anime for everything: any sport, any fantasy, any kind of relationship. This joyous diversity in subject matter may represent the future of Japanese literature, too.