Tokyo, the world’s largest city, frequently finds itself in the top ranks on lists for most liveable cities and best places to visit. For visitors, the scale, density, cleanliness and bright lights dazzle; for locals, the livability, dynamism, variety and safety keep them satisfied. It takes only a few minutes in the metropolis to understand that Tokyo is an impressive place, but it takes a lot longer to understand how it got that way, and why it works so well.

Defining what actually constitutes Tokyo isn’t as easy as it might seem. Google gives us a population ranging from 14 million up to 37 million, and satellite images show a sprawling grey mass that extends far past the borders defined as Tokyo. Its 23 wards are generally what make up the city, but as a prefecture, Tokyo includes relatively unpopulated places like the mountainous Okutama region, as well as tiny islands over 1,000 kilometers away. This sprawling area is incredibly economically productive; if it were a country, it would have the world’s 10th largest GDP.

How is Tokyo different, and why is it special?

Tokyo is decentralized. Kengo Kuma, one of Japan’s leading architects, describes the city as a “collection of small villages, rather than one big city,” and it certainly feels that way. As opposed to urban sprawls like New York or Paris, Tokyo is very literally without a center. Most Western city centers feature a square, a church, a bank or another powerful institution; places people are invited to frequent and are epicenters of activity and crossings. In contrast, the center of Tokyo is, as French philosopher Roland Barthes described it, a void. Instead of being a space where people gather and businesses operate, it’s the Imperial Palace: a giant inaccessible green space surrounded by a moat.

“A developed country is not a place where the poor have cars. It’s where the rich use public transportation.”

This central void forces the true center — where people work and play — outwards into a ring of several important locations. These places dot the Yamanote line, marking its non-center. On first impression, any of the hubs along this arterial line could be seen as the center. Stations like Shinjuku, Shibuya, Ikebukuro, Tokyo, Shinagawa and Ueno all meet the criteria of a city center, but none of them are. Tokyo Station seems like the most obvious choice to mark this important location, but apart from the grandeur of the station — and its eponymous name — it doesn’t have nearly as much to offer as other stations on the Yamanote. 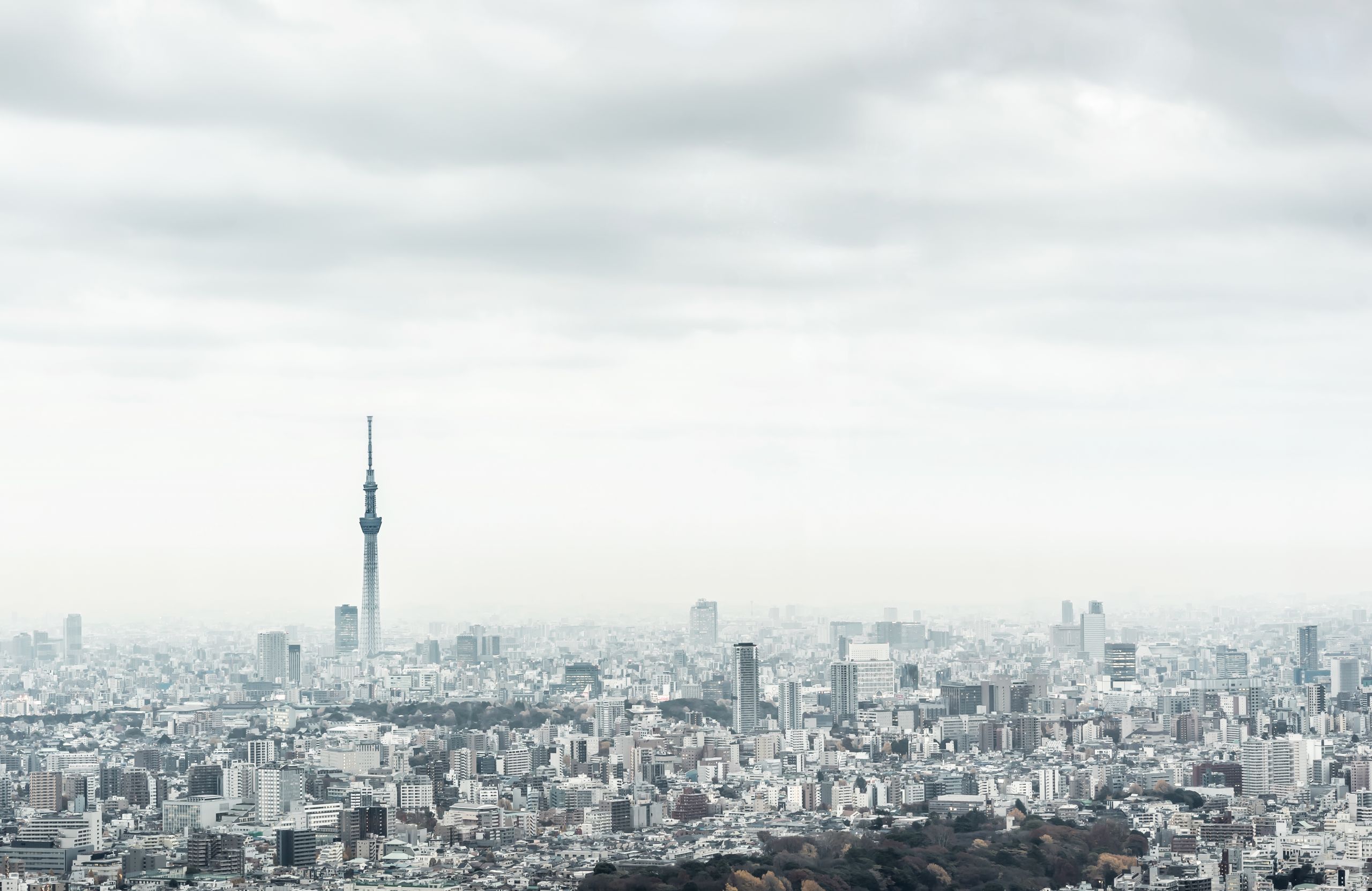 Do trains make a city better?

While trains have long been part of Japanese daily life after most of Tokyo was leveled during World War II, Japan had to make a post-war decision to either adopt the American automobile-focused city or to rely on public transportation. Of course, they chose public transportation, likely because of Japan’s lack of natural resources like oil. Thus, small towns outside of Tokyo could connect with the denser downtown areas, turning these peripheral areas into liveable, well-connected hubs. This is why Tokyo today is so sprawling, yet so connected. The system was so effective that Tokyo currently has an incredibly low car-ownership rate — 0.54 cars per household — while San Francisco’s rate is 1.10 and London’s is 0.74.

“A developed country is not a place where the poor have cars. It’s where the rich use public transportation,” says Colombian politician Gustavo Petro. His quote rings especially true when considering Tokyo’s trains. Its rail system is an equalizer between rich and poor. It’s usually the fastest way to get from A to B within the city, it’s affordable and everyone uses it. There is no stigma attached to riding the train, it’s simply the standard.

When it comes to trains, Tokyo functions as a sort of web of smaller centers on the outside connected to larger centers on the inside. At the heart of each of these centers is a train station. For the most part, these stations are, to borrow Barthes’ words again, prosaic structures. The center of each area of Tokyo’s wards is a train station, but it is generally a utilitarian building that functions only to serve the area around it. It itself is not the highlight; it is what surrounds the stations that makes each location worth visiting.

“You must orient yourself in it not by book, by address, but by walking, by sight, by habit, by experience.”

“This city can be known only by an activity of an ethnographic kind,” says Barthes in Empire of Signs. “You must orient yourself in it not by book, by address, but by walking, by sight, by habit, by experience.”

This is true for anyone who has experienced Tokyo. Places aren’t known by their address, they are known by their proximity to other landmarks which are discovered by experiencing the city itself. 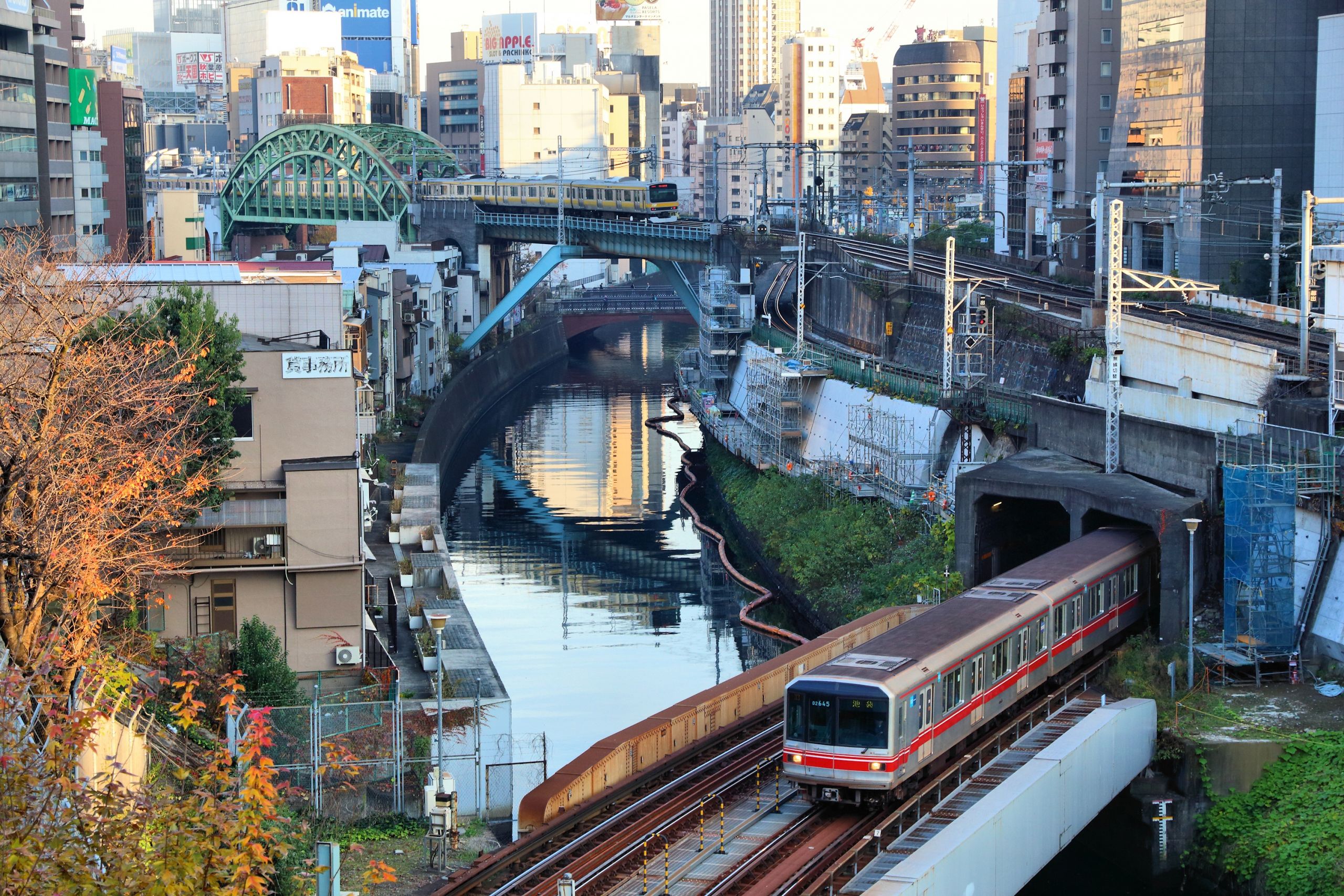 In Tokyo, relaxed zoning means a wide array of shops can exist almost anywhere, so long as they provide a service that the public deems profitable. These landmark buildings make the city navigable. In legendary Tokyo architect and urban designer Fumihiko Maki’s discussion of “group-form,” he describes cities that have “simply evolved” at a “human-scale” rather than having been designed. The relaxed zoning of Tokyo does just that; it allows the city to simply evolve to suit the needs of its citizens.

This urban design, or lack of it, promotes a city of equality. Despite being such a world-renowned megacity, Tokyo ranks 99th in terms of the most expensive average price for a one-bedroom apartment in the city center (wherever that may be). This zoning makes it hard to find areas that are prohibitively far from public transit, and also grants everyone the ability to move around the city. Conversely, people in many North American cities who can’t or don’t drive are forced to live in the relatively rare public-transit friendly areas or remain stuck in their cul-de-sac.

Safety is also a result of this mixed-zoning. The increased density it provides means there are always people around, which helps to prevent crime. Of course, some places in Tokyo can be ranked better or worse than others, but generally, most places are very liveable and safe. People are free to choose areas that have things they desire without having to sacrifice convenience or safety. The closer you are to the station — and Yamanote line — the busier, more convenient and more expensive it will be, but Tokyo still has plenty of quiet areas in between the hubs of the transportation network.

When you take the time to understand what makes the city special, you will begin to notice more and more of the aspects of Tokyo’s urban design that make the city so easy to be in. It is an ever-evolving organism that never loses touch of its human scale. No matter if you are visiting for the first time — or commuting to work daily — you should always find time to explore a new corner of the metropolis and feel for yourself what makes it work.