A father’s journey from California surfer to Japanese flutist

Metropolis talks to American film director and producer, David Neptune, about his latest documentary, Words Can’t Go There. The documentary revolves around John Kaizan Neptune and his journey from a California surfer to a professional Japanese flutist.

Metropolis: How would you describe your father’s connection of being a surfer and a shakuhachi player? Do you think that one skill helped the other?

David Neptune: I would say being a surfer and more specifically being a surfboard shaper in high school and college was the beginning of my father’s craftsman mentality. His dad had the attitude of “if you want to make it, you can,” so my dad made a lot of things by hand. He made 75 surfboards in college to pay his way through school. There’s also a connection energetically — what I mean by that is that he decided to follow his passion from a very young age — he began surfing when he was 10 and eventually dropped out of all team sports because he found it so exciting and wonderful to connect with nature through surfing. That attitude of following his passion is what led him to attend college in Hawaii, and it’s what eventually led to his pursuing the shakuhachi after hearing it for the first time. 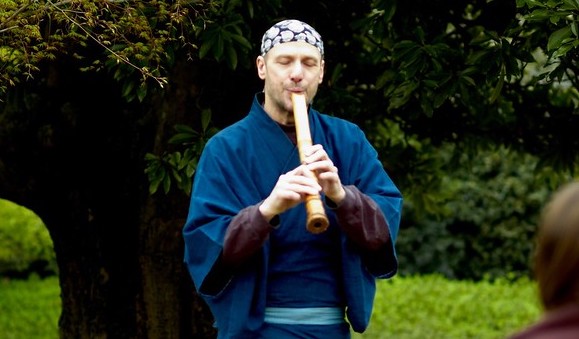 M: When did you decide to create a documentary on you father’s story? And what inspired you to do so?

DN: I decided at the beginning of 2014. I graduated from film school at Brooks Institute of Photography in 2007 and I was directing a lot of YouTube comedy videos like these What kind of asian are you? and But we’re speaking Japanese! at the time, but I felt I wasn’t doing enough to express my own artistic creativity. When I thought about doing something completely on my own, the first thing that popped into my head was a documentary about my father. I hadn’t made a documentary before, but in my daily life, the most typical question I would get was “why do you speak Japanese so well? why did you grow up in Japan?” — in answering I would always tell my father’s story, but on the surface level. I wanted to go deeper into my father’s story and shed some light on parts of his story that was always hidden to me.

M: What was your experience like growing up in Japan and what was the transition like moving back to the States as a teenager?

DN: I spent a lot of time in the countryside growing up in Kamogawa, Chiba. Surrounded by rice fields and bamboo grove mountains, I spent my time going to Japanese public school as the only American kid in the city along with my sister, catching frogs and chopping wood, surfing and fishing — all the country life you can expect. I was most concerned with fitting in, so I focused a lot on my Japanese language as well as mannerisms, etc. That all helped me a lot in my adult life, but it didn’t when I first moved to Idaho for high school at age 15. That was an odd transition, going from always trying to fit in, to all of a sudden fitting in without any problem but feeling different from everyone else. I think it was the perfect age to come to the States, I was young enough that I wasn’t so set in my ways, but I also got to learn Japanese language and cultural stuff really well.

M: How do you think your upbringing helped give depth to the film, if it did at all?

DN: This film is about my father and his life in Japan — so inevitably it became about my family as well. Without expressing that side of the story, there is no real depth to it. I would just be describing my father’s accomplishments — which are impressive but that alone doesn’t make a compelling story. The interesting thing to me is how skilled artists are faced with sacrifice. How does an artist support his or her family, while also spending time with them? It’s a difficult question, one that is central to my film.

I went on a tangent there but my upbringing allowed me to capture both in English and Japanese interviews, and it gave me insight (quite obviously) into my father’s life that I wouldn’t have if I wasn’t his son.

M: Has your father ever taught you or tried to teach you how to play the shakuhachi?

DN: We were just talking about this yesterday… He never encouraged me to play shakuhachi, and I never particularly wanted to play it, because I always felt he was so good. He was very encouraging of whatever I wanted to do — and that has created a full circle moment, because he was the one that encouraged me when I showed an interest in photography and bought me my first camera. Neither of us could have seen what that would lead to… But in any case, he never pushed me to play the shakuhachi. When I was younger I sometimes wished he had, but now I see what a great choice he made in supporting whatever I wanted to do, and I’m beyond grateful to him for giving me that gift.

M: What would you say was the hardest part in conveying your father’s story through film?

DN: Many things. No son ever wants to ask their parents about the events that led to their divorce, or what was most difficult as a foreigner coming to Japan in the early 70s, experiencing stereotyping and such. But as I continued making the film, through conversations with my producers Chiaki Yanagimoto and Mike McNamara, as well as a cinematographer, Bennett Cerf, I realized that I needed to ask those tough questions. It wasn’t enjoyable, but those moments became some of the most important for the film.

I’ll mention one more thing. My father is a professional performer, and it was hard to get him to take off that “mask” as a performer. It always felt to me like he was performing, and I wanted to see him just being himself, thinking to himself or having a moment of reflection, or difficulty. So it became a competition in stamina, of which my father seems to have endless amounts of. In the beginning it was just me following him around with a camera, but inevitably I would get too tired to continue shooting before his mask came off. It wasn’t until I gathered a team and there were five of us shooting the film together that I finally was able to outlast him and capture some authentic and real moments. Those are my favorite moments in the film.

M: What would you say is your favorite part about working with your dad?

DN: It didn’t really feel like we were working. When you’re an artist I think what you do as work is what you enjoy the most, so we are really blessed in that way. It was great to spend time with him and hear some stories of his early days in Japan that I didn’t know about. The best part was his endless positivity. I always learn from my dad, he’s always been a positive role model and this experience was no different. Sometimes when the days were long (and they were always long) and it didn’t feel like we were getting quality material and things just weren’t gelling well, I was deeply frustrated. But his stable positivity really helped us all get through the shoot days. 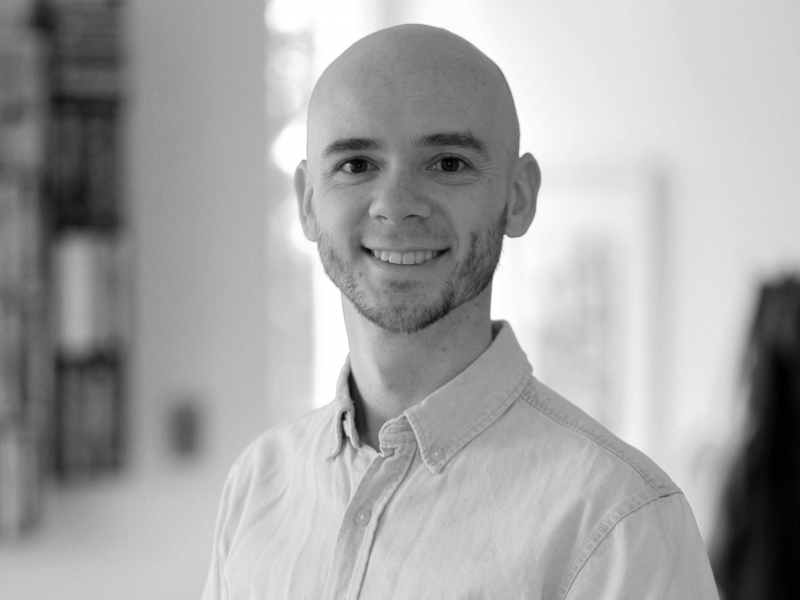 M: Did creating this film help you understand your father’s story better, or were you already quite well-informed about his life story beforehand?

DN: Through making this film I realized how little of the full picture I actually understood prior to the experience. I didn’t know about a great story with a close friend who was a shakuhachi maker friend who he spent time making flutes with every single day for about three years, and I’d never captured any vulnerable or emotional moments on film prior to this of course, so I’m really glad I was able to. His story isn’t perfect. There’s plenty up for debate in terms of the decisions he made. But there is in anyone’s life and I hope I was able to portray that truthfully so the audience can watch this film and think a bit about their own families and lives. His story is extraordinary, the older I get the more I recognize this. Now I’m able to see the various different angles from a more objective place. It was difficult especially in the editing process to gain that distance an objectivity, though. I had a lot of people support me and get me through that tough stage. I was also afraid of what my parents would think of it because it does go into their relationship a decent amount.

M:  Can you tell us more about your upcoming projects?

DN: I just story produced two episodes of Street Food on Netflix, and a show I story produced about an MLB player called Truth Be Told: Rick Ankiel airs on Fox Sports in the US on October 5, the same day our film premieres in Japan. That’s a great story too, so I’m excited about that. In the future, I’d like to create my own Netflix-style docu-series based on Words Can’t Go There – a series about ethnic music around the world and the challenges that musicians face as they attempt to provide for their families while also continuing the musical traditions of their culture.

Words Can’t Go There will be screened at Shibuya Eurospace from October 5 to October 11.