There’s a scene in NBC’s “Parks and Recreation” in which Amy Poler’s perky councilwoman Leslie Knope and Nick Offerman’s steely Ron Swanson eat at a local diner in their hometown of Pawnee, Indiana. It’s well after sunset, and yet the two government employees order breakfast for dinner. As the waiter slides a large plate of waffles onto the table, Knope exasperatedly muses out loud, “Why would anybody ever eat anything besides breakfast food?” Swanson, clutching a crispy strip of bacon, replies, “People are idiots, Leslie.” For non-idiots like Knope, Swanson and those at BREAKFAST CLUB Tokyo, breakfast is the pinnacle of the “feel good” food experience that should be enjoyed all day long. 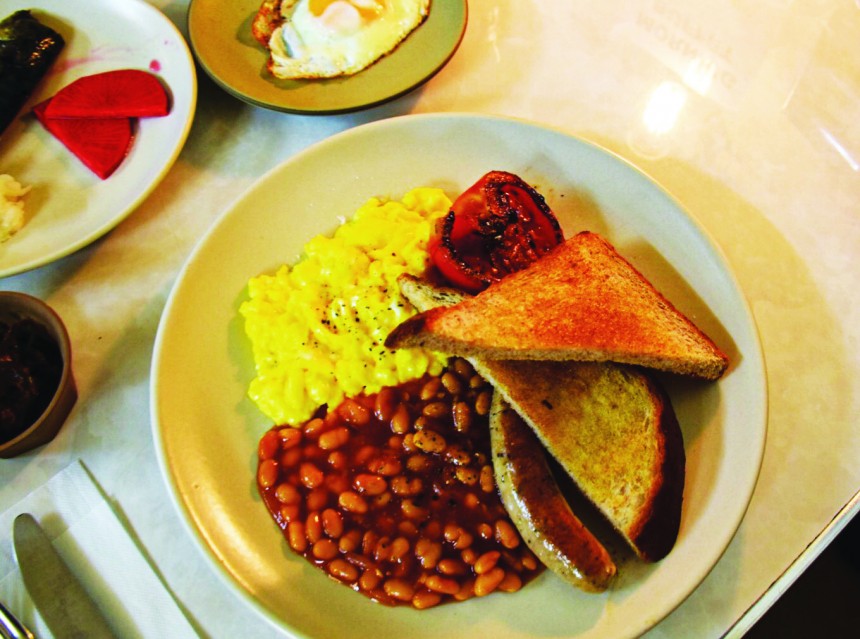 Although the hip eatery opened its doors a mere three years ago, the club has already cultivated quite a cult following. Even on a regular Wednesday afternoon, within the hour and a half we sat at our booth in the back, a steady stream of stylish couples quickly occupied the room. All of them were there in anticipation of the club’s all-day breakfast menu, which features staples like eggs, french toast, sandwiches, sausages and granola, while also offering Japanese breakfast (¥1,200) of cured and grilled saba (mackerel) and small plates. BC Breakfast (¥1,200) contains a plateful of all the goods from a proper English breakfast — fluffy eggs, rye toast, juicy slabs of charred tomatoes and addictively sweet baked beans. In fact, after I shared a photo of the breakfast on Instagram, my inbox was full of homesick British people demanding to know where I managed to procure their childhood memories in one dish. “It’s probably because I refuse to use anything other than Heinz’s baked beans,” suggests owner “Mama” Luli Shioi. She nods to the short pyramid of cans displayed by the grill. “Nothing can replace the comfort of canned beans. It’s the soul of breakfast food.”

A quirky, fashionable lady with wild, unruly hair, colorful eyeglass straps and a neon green belt accentuating her minimalistic outfit, Mama Luli is as, if not, cooler than the restaurant (just ask New York Magazine). Perhaps it has something to do with the fact that she spent her roaring twenties in the chaotic jungle of New York City. She has the sharp yet warm inquisitive gaze of someone who’s constantly simmering with ideas.

BREAKFAST CLUB Tokyo began as Mama Luli’s dream to create a space which feels like a home away from home. Especially in Japan, where breakfast is rarely enjoyed outside, the owner sought to carve out a space in which everyone, “from children, parents, young adults, elderly people, couples, singles, Japanese, foreigners and just about anyone” was welcome to stay. Through breakfast food, Mama Luli creates a vibrant, close-knit community in a timeless haven. Each month, the restaurant hosts a handful of events in collaboration with local artists and creators. Its monthly open mic night “Say It Loud” features performances of poetry readings, stories and songs. Another event called “Let’s Talk About Sex” centers on demystifying sex and answering controversial topics. 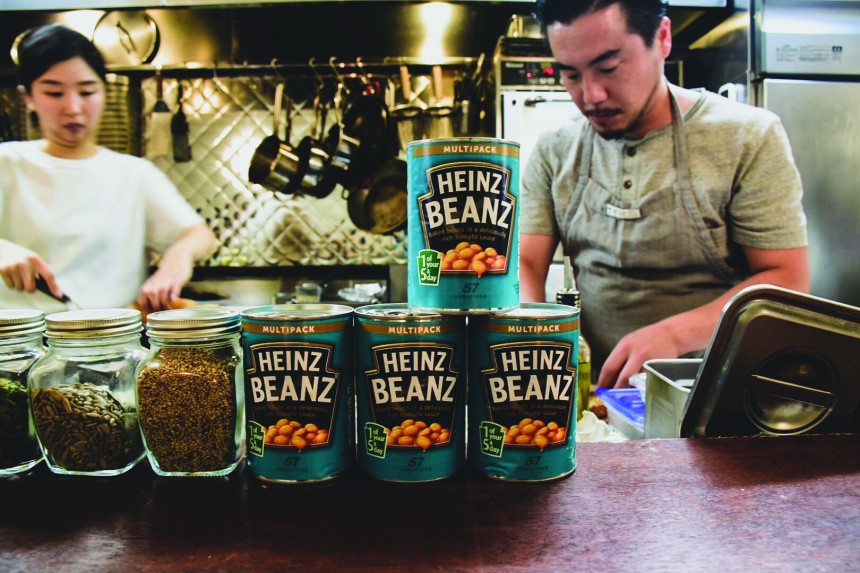 On weekends, BREAKFAST CLUB Tokyo offers an all-you-can-eat buffet (¥1,900) where guests can pick from a variety of Japanese and western breakfast foods. Also, as a health-nut, nutrition is a huge priority for Mama Luli (although she sheepishly admits, the baked beans are the only part she indulges in). Her homemade granola comes with trendy toppings such as chia seeds, maca and spirulina (powdered algae). In fact, if she were to only eat one breakfast food for the rest of her life, she said the granola would be her ultimate choice.

The early bird may get the worm, but at BREAKFAST CLUB Tokyo, you can be a well-rested, late riser of a bird and still have a hearty plate of breakfast waiting for you any time of the day. After all, breakfast is the most important meal of the day for a reason. Don’t be an idiot, order that plate of eggs for dinner.